Explainer-What to expect from U.N. Conference on Biodiversity 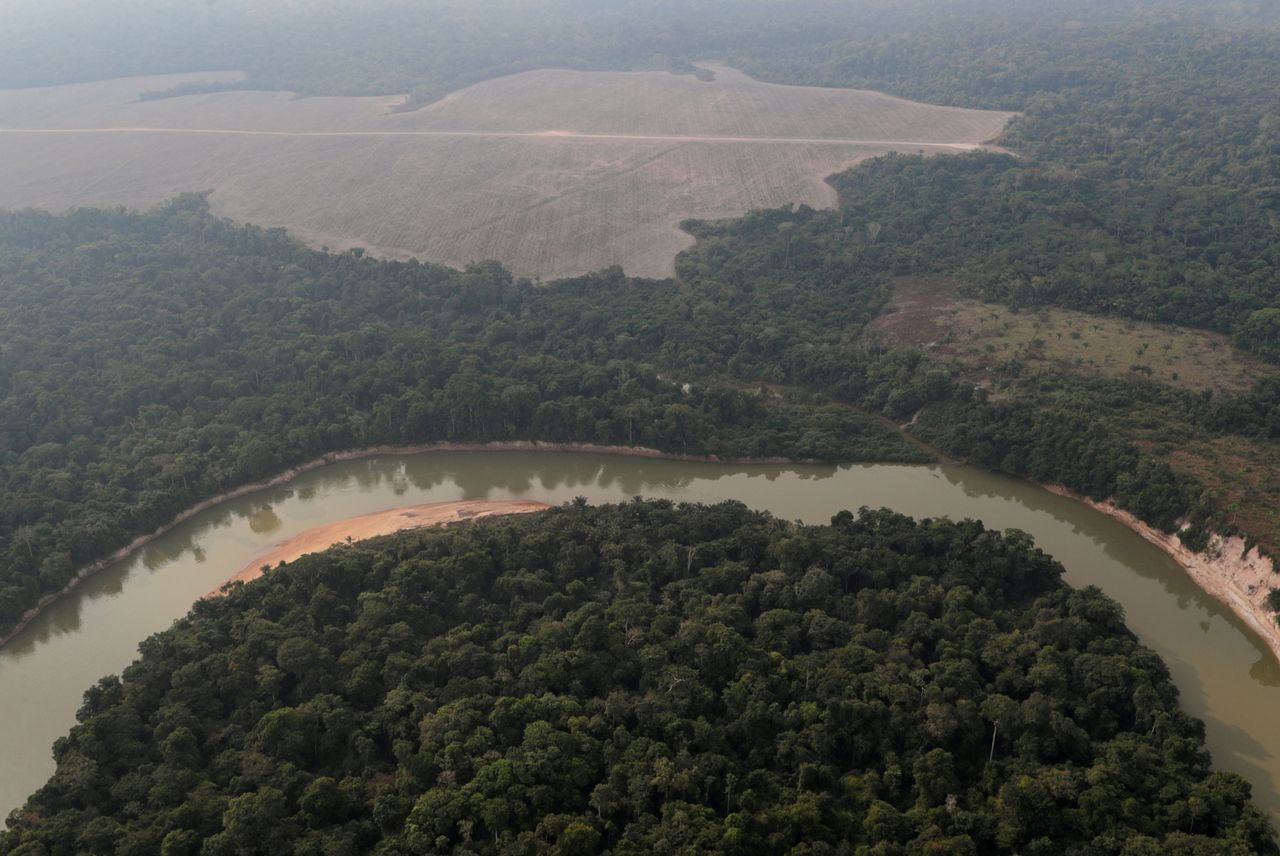 SINGAPORE (Reuters) - Global leaders will gather virtually next week to discuss protecting nature across the planet and experts say there's no time to lose. Animal and plant species are going extinct at a rate not seen in 10 million years.

The losses are accelerating, scientists say, thanks largely to climate change, deforestation, pollution, overfishing and urban development. To limit the loss, the United Nations has urged countries to commit to conserving 30% of their land – almost double the area now under some form of protection.

About 70 countries have committed to the target, which would include about a third of the world's land animals and plants, according to the High Ambition Coalition for Nature and People.

China begins hosting the U.N. Conference on Biodiversity, known as COP15, in the city of Kunming on Monday, with most discussions taking place online because of COVID restrictions. A second round will be held next year.

WHY DO WE CARE ABOUT BIODIVERSITY?

Biodiversity describes the variety of life across Earth, from frogs and fungi to forests. The more life there is contained in an area, the "richer" its biodiversity.

Together, the community of plants and animals in an area – and the complex relationships between them – make up an ecosystem and perform functions that help make the planet inhabitable. Nearly half the world's human population relies directly on nature - from fish to forests - to live.

Nature "sustains our entire society and economy", said environmental lawyer Elizabeth Mrema, executive secretary of the U.N. Convention for Biodiversity. Losing nature "reduces the ability of the planet to provide all these benefits to society".

WHAT IS DRIVING BIODIVERSITY LOSS?

Earth has seen five mass extinction events and scientists believe we are in the midst of a sixth, with some 1 million species now on the brink.

The last 150 years of industrial activity and human development have thrown the relationships between plants and animals out of balance. Climate change is one result of this disruption. The COVID-19 pandemic, fuelled by a virus that jumped from wildlife to humans, is another.

Even without climate change, nature has been drastically altered by humans, with only 3% of the Earth's land surface unblemished, according to an April study in the journal Frontiers.

In the oceans, more than a third of shark and ray species are on the brink of extinction, according to conservation body IUCN. Coral reefs are rapidly dying in marine heat waves and fish stocks are threatened by overfishing.

The World Wildlife Fund for Nature blames the $500 billion a year paid out in government subsidies to industries that pollute or degrade nature, including fossil fuels, agriculture and fisheries. For years, the World Trade Organization has been stuck on a proposal to end the world's $35 billion in fishing subsidies.

WHAT WILL IT TAKE TO SAVE NATURE?

In short, political will and money.

Governments need to designate conservation areas and then enforce them. Only 17% of the Earth's land areas and 7% of the ocean now fall under some form of protection.

It will take an estimated $1 trillion a year to build sustainable supply chains and help countries protect nature in other ways – far more than the $150 billion spent on such action in 2019, said former banker Remy Rioux who now heads the French Development Agency.

Much of that finance is expected to come from private capital and asset owners driven by regulatory pressures to invest, said Anita McBain, head of independent ESG research in Europe and the Middle East for Citi Group.

"We are witnessing the emergence of new investment solutions across geographies and across asset classes," McBain said. "Investors are realizing that the cost of inaction exceeds the cost of action."

WHAT CAN WE EXPECT FROM NEXT WEEK'S MEETING?

The world's last targets for protecting wildlife were set in 2010 in Aichi, Japan.

"None of the Aichi targets were met," said Mrema. Still, progress was made, including in the realisation that financiers and industry need to be involved, she said.

It's unclear if countries will announce new conservation pledges. U.S. President Joe Biden is working on committing to the U.N. campaign.

China also wants ministers to adopt a "Kunming Declaration" on biodiversity. The latest draft calls for an "ambitious and transformative" new global biodiversity agreement and acknowledges pledges made by many countries to protect 30% of their territory.

China is protecting 25% of its territory under its so-called ecological protection red line scheme but it isn't clear whether it will commit to the 30% target.

People should see the meeting "as a once in a decade opportunity to have the world agree on what needs to be done for nature", said Guido Broekhoven, head of policy and research at WWF.