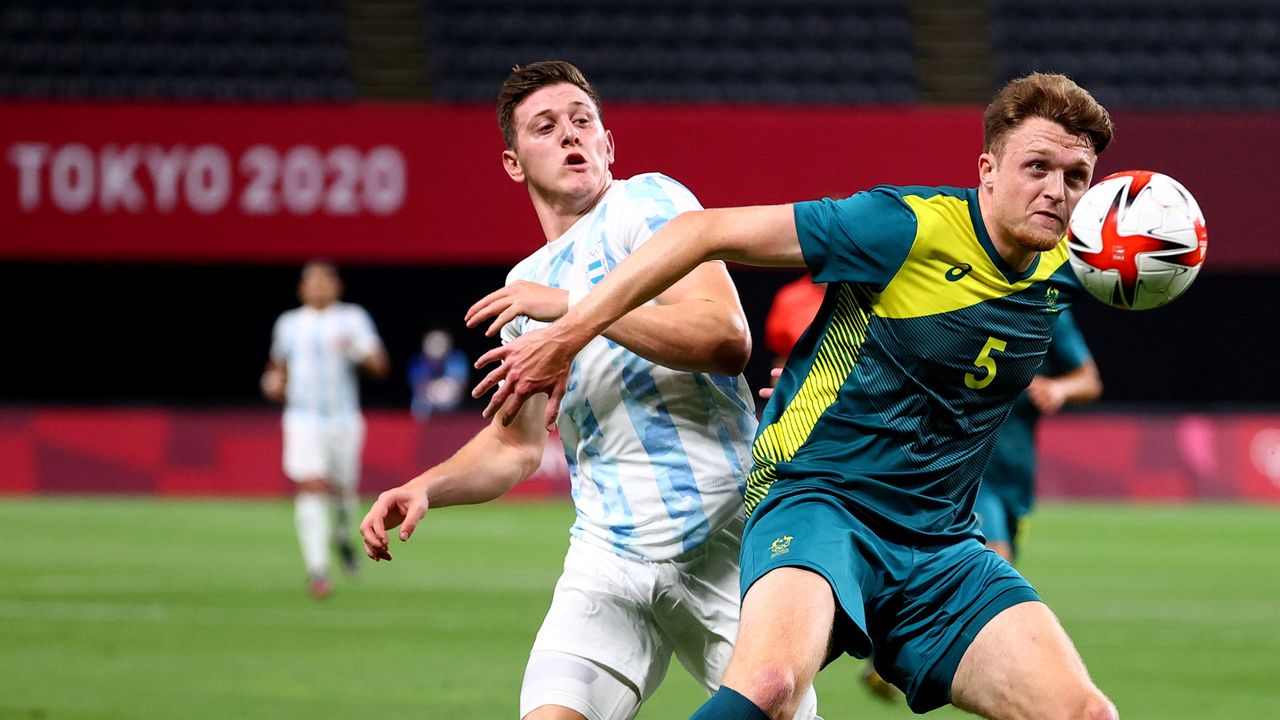 Victory over Oman on Thursday was the Socceroos' 11th successive win since starting their campaign to qualify for Qatar 2022 with a 3-0 win against Kuwait in September 2019, but the Australians face their toughest test to date at Saitama Stadium.

While the Japanese have made a poor start with only one victory in their last three games, including losing to Saudi Arabia in Jeddah on Thursday, the Stoke City defender claims the Australians are keeping their focus on themselves.

"There's pressure on them with the results they've had but I think us, as a group, we put pressure on ourselves, we drive ourselves forward," Souttar told reporters.

"And one of the key messages throughout this campaign has been to take it game by game and I think that's one of the reasons why we've done so well."

Australia's success over Oman saw them surpass the record of the most consecutive wins in a World Cup qualifying competition that was previously shared by Germany, Spain and Mexico.

Arnold's team were made to fight for the points to maintain their perfect start to proceedings in Group B, however, with second half goals from Martin Boyle and Mitchell Duke ultimately delivering a 3-1 win in Doha.

"We weren't at 100% the other night, but the good thing is we came away with three points and we were nowhere near our best," Souttar said.

"We know that (Japan are) a good team and that they'll pose threats, we've got to look at that. We're not stupid enough to think they won't carry a threat, but ultimately we carry threats as well."