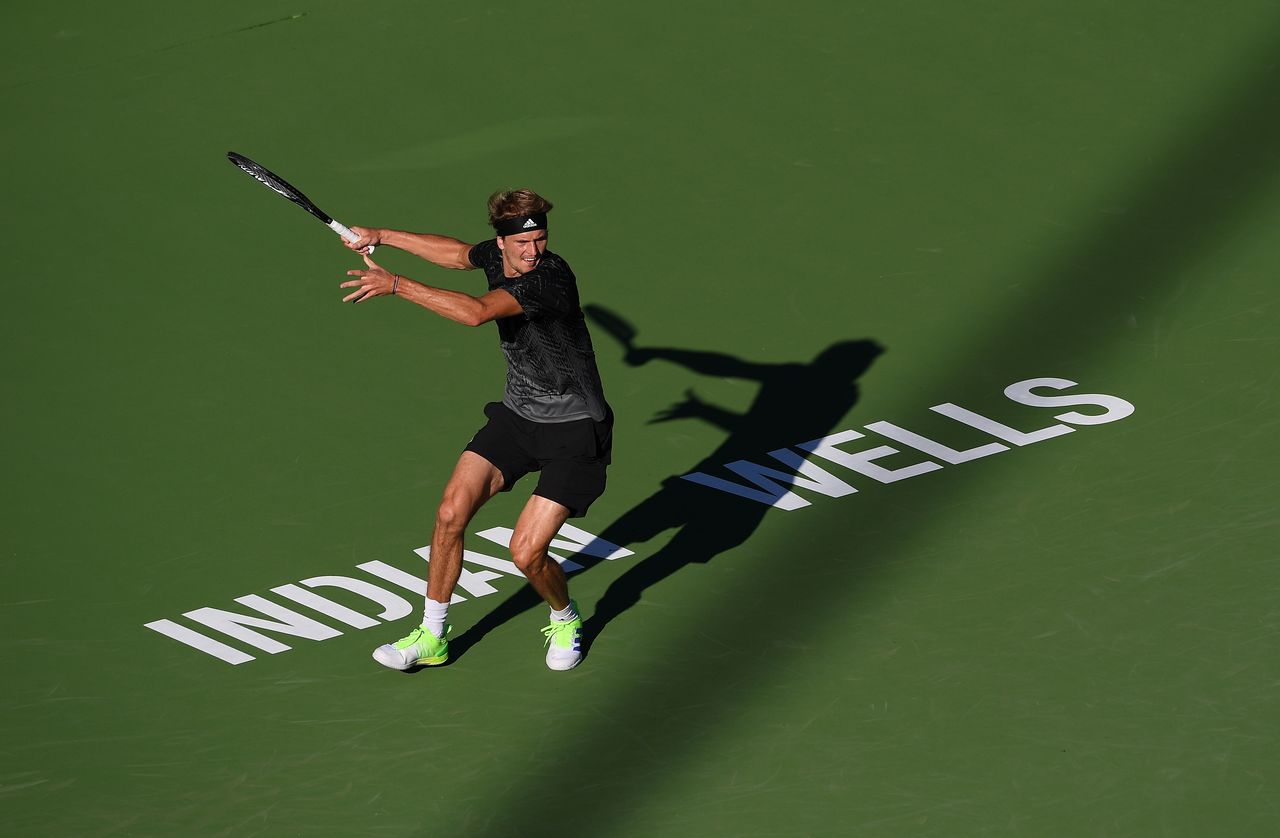 (Reuters) -World number four Alexander Zverev said he struggled to hit top gear against American Jenson Brooksby on Sunday, as he recovered from a flurry of mistakes in the second set to prevail 6-4 3-6 6-1 in the second round of Indian Wells.

The German got the early break in the first set but lost some of his momentum in the second, winning fewer than half of his service points as 20-year-old Brooksby pounced, weeks after his run to the fourth round of the U.S. Open as a wildcard.

But Zverev, who picked up a gold medal in Tokyo this summer, quickly found his composure, dropping just one first-serve point in the third set, where he never faced a break point, and launching 10 aces.

"The match wasn't the best level ever from me, but I won. I think the third set was starting to be pretty decent. I started to feel the ball a lot better," Zverev told reporters.

The win meant the 24-year-old became the fourth singles player to qualify for next month's season-ending ATP Finals to be held in Turin, the men's tour said.

"I've had my best season so far and I'm really happy to have qualified," Zverev, who won the title in 2018 in London, added.

Daniil Medvedev, Stefanos Tsitsipas and Novak Djokovic have also booked their places in the tournament.

Zverev's immediate focus will be on securing his third Masters 1000 title after winning the Madrid Open and the Cincinnati Masters this year.

He next faces Briton Andy Murray, who defeated Spain's Carlos Alcaraz 5-7 6-3 6-2 in a three-hour, three-minute marathon on Sunday.

"The conditions aren't ideal for me I'd say. I've never done extremely well here. I'm going to try my best at the end of the day," Zverev added.

"Andy's playing great again. He's won two great matches. I think today was very high level from him. I'm looking forward to playing him. He's the only one out of the 'Big Four' I haven't beaten yet. I hope I can change that after tomorrow."