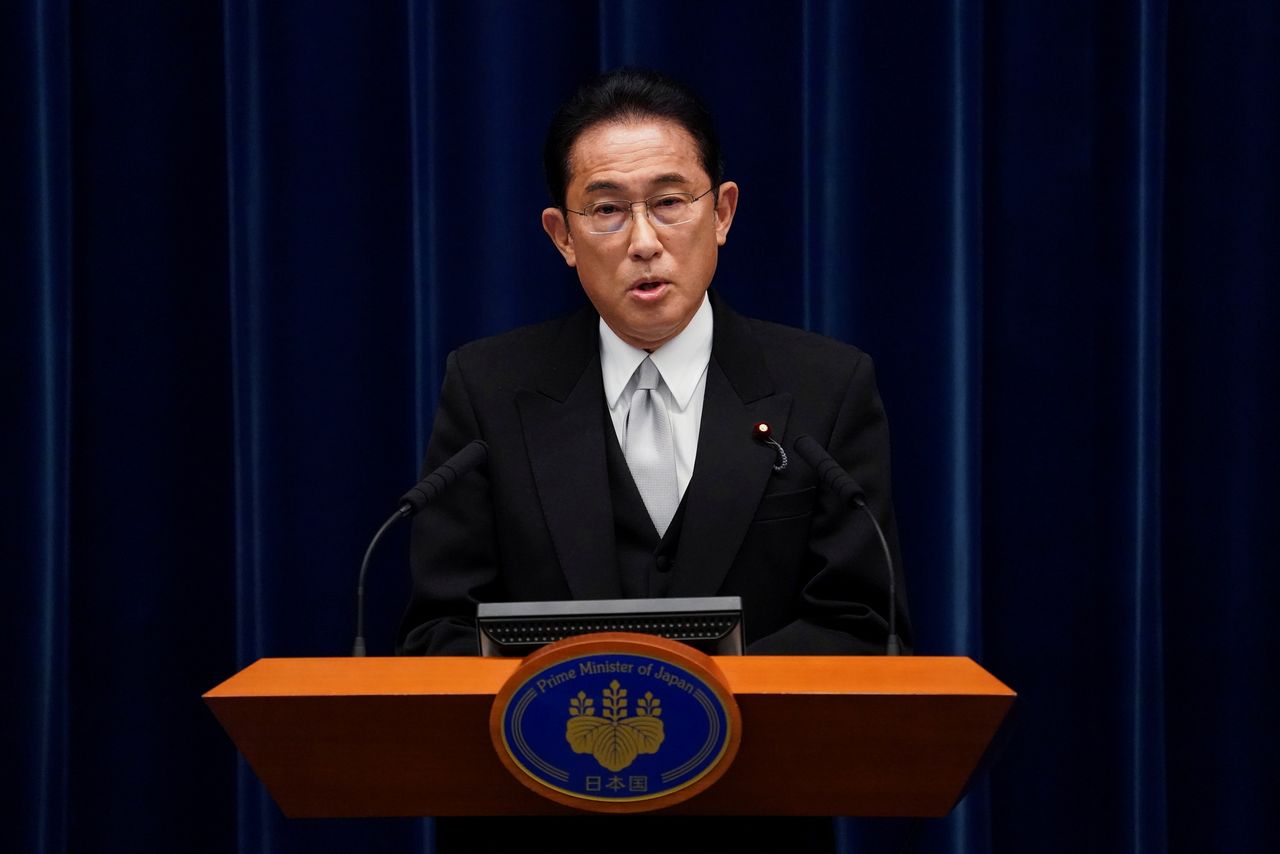 Energy became a key issue during the ruling Liberal Democratic Party's (LDP) recent leadership race, during which Kishida beat Taro Kono, a former vaccine minister who had spoken out against nuclear energy, to become prime minister.

"It's crucial that we re-start nuclear power plants," Kishida said as he faced opposition questions in parliament for the first time since becoming prime minister last week.

Kishida was responding to questions from Yukio Edano, leader of the main opposition Constitutional Democratic Party of Japan (CDPJ), on the government's policy for sustainable energy and if nuclear power would be part of the plan.

Nuclear energy has been contentious in Japan, especially since a 2011 earthquake off the coast triggered a tsunami that smashed into a nuclear power plant in the Fukushima region north of Tokyo, causing one of the world's worst nuclear accidents.

All of Japan's nuclear power plants were shut down after the disaster, which highlighted failings in regulation and oversight. While some reactors have been coming back on stream, most remain shut.

Kishida is leading the LDP into a general election on Oct. 31 when priorities for many voters will likely be bringing an end to the coronavirus pandemic and rebuilding a weak economy.

Many of Japan's hospitals have struggled during a fifth and most fatal wave of the coronavirus, though infections rates have begun to come down in recent days.

Kishida acknowledged there was room for improvement in health care after criticism from Edano who said: "It is the fault of the LDP that so many people died in their homes."

But Kishida was vague on specifics, saying that he would "order to have the overall structure of our coronavirus policies drawn up soon".

Kishida also had to fend off criticism over an apparent U-turn on an earlier pledge to review taxes on capital gains and dividends as a way to redistribute wealth.

He said he would prioritise boosting wages through tax incentives rather than imposing higher levies on capital gains and dividends to address the income gap.

"It's among options to create a virtuous cycle of growth and redistribution," Kishida told parliament, when Edano asked him about his earlier idea to raise capital gains tax.

"But there are other things we should do first such as reforming the tax system to achieve wage increases."