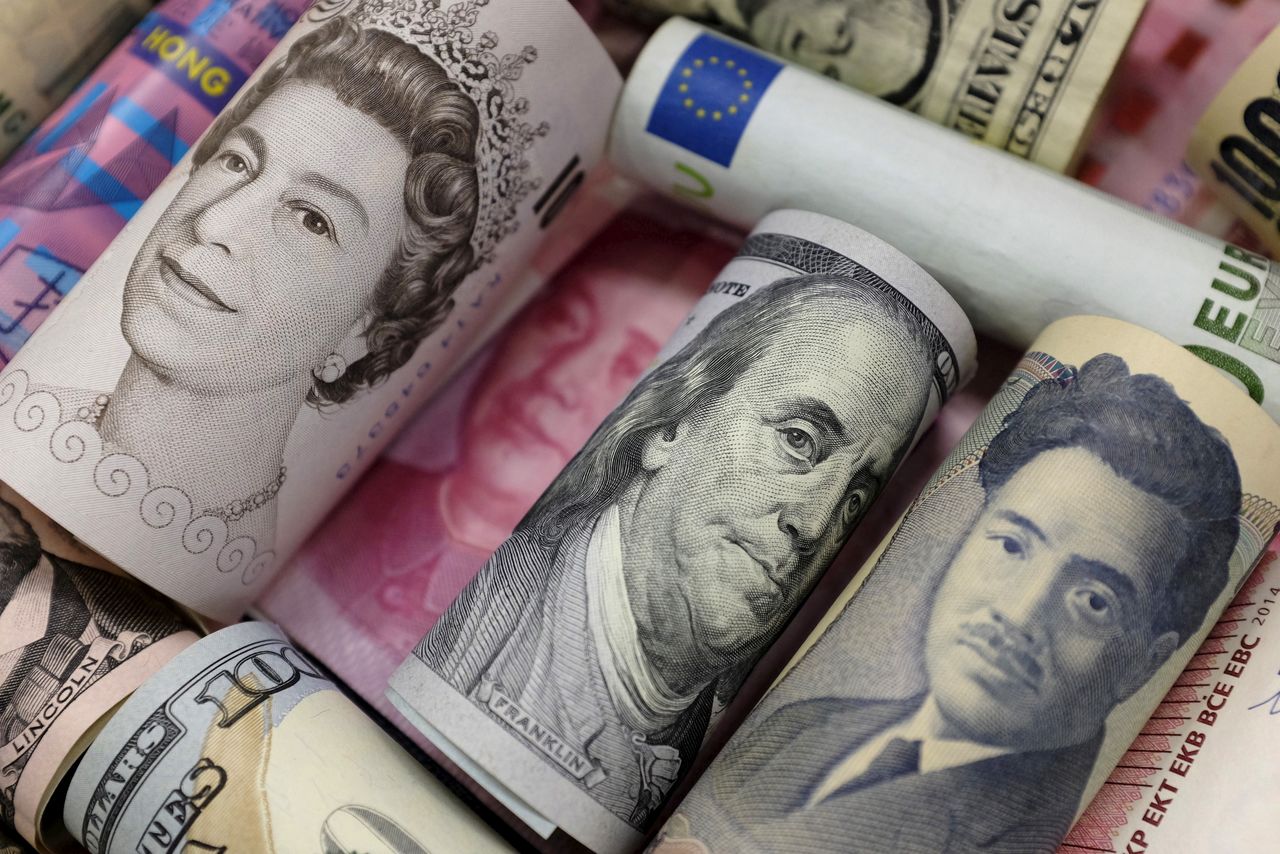 NEW YORK (Reuters) - The dollar hit a one-year high on Tuesday on expectations the U.S. Federal Reserve will announce a tapering of its massive bond-buying program next month, and as concerns over soaring energy prices also sent investors to the safe-haven greenback.

Yields on the U.S. two-year Treasury note jumped to their highest in more than 18 months, as investors sold U.S. debt, reckoning that surging energy prices would fuel inflation and add to pressure on the Fed to take action sooner than anticipated. [US/]

"The focus right now is Treasury rates," said Joseph Trevisani, senior analyst at FXStreet.com. "The credit markets are anticipating the taper starting, I think, in November."

Investors will watch U.S. Consumer Price Index data on Wednesday and retail sales data on Friday for further clues as to when the Fed might begin winding down stimulus.

"These numbers will speak to both the inflation outlook, as well the extent to which third-quarter growth likely moderated. So if we get another hot print on inflation tomorrow, that would tend to cement tapering this year and maybe lead the market to fine-tune expectations on when we could see lift-off on interest rates," he said.

The dollar index, which measures the greenback against a basket of major currencies, touched 94.563, its highest since late September 2020.

The spike in U.S. yields prompted investors to dump the Japanese yen versus the dollar, resulting in the second-biggest daily fall in the Japanese currency on Monday.

As Treasury yields rose further on Tuesday, the dollar hit a three-year high versus the yen, which has fallen 4% versus the greenback in three weeks.

"The primary driver of the move is the further rise that we've seen in U.S. Treasury yields - so it's a fairly simple story of a widening rates differential ... adding to the attraction of the carry trade," said Ray Attrill, head of foreign exchange strategy at National Australia Bank.

The dollar also strengthened against the euro, with the common currency down 0.23% at $1.1525, its lowest since July 2020 as rising energy prices fed worries inflation may dent economic growth.

Oil passed $84 a barrel, within sight of a three-year high, before easing slightly, as a rebound in global demand after the worst of the pandemic caused price spikes and shortages in other energy sources. Coal has scaled record peaks and gas prices remain four times higher in Europe than at the start of 2021.

The ZEW indicator of economic sentiment in Germany slipped for the fifth month, the latest in a string of indicators showing supply bottlenecks holding back recovery in Europe's largest economy.