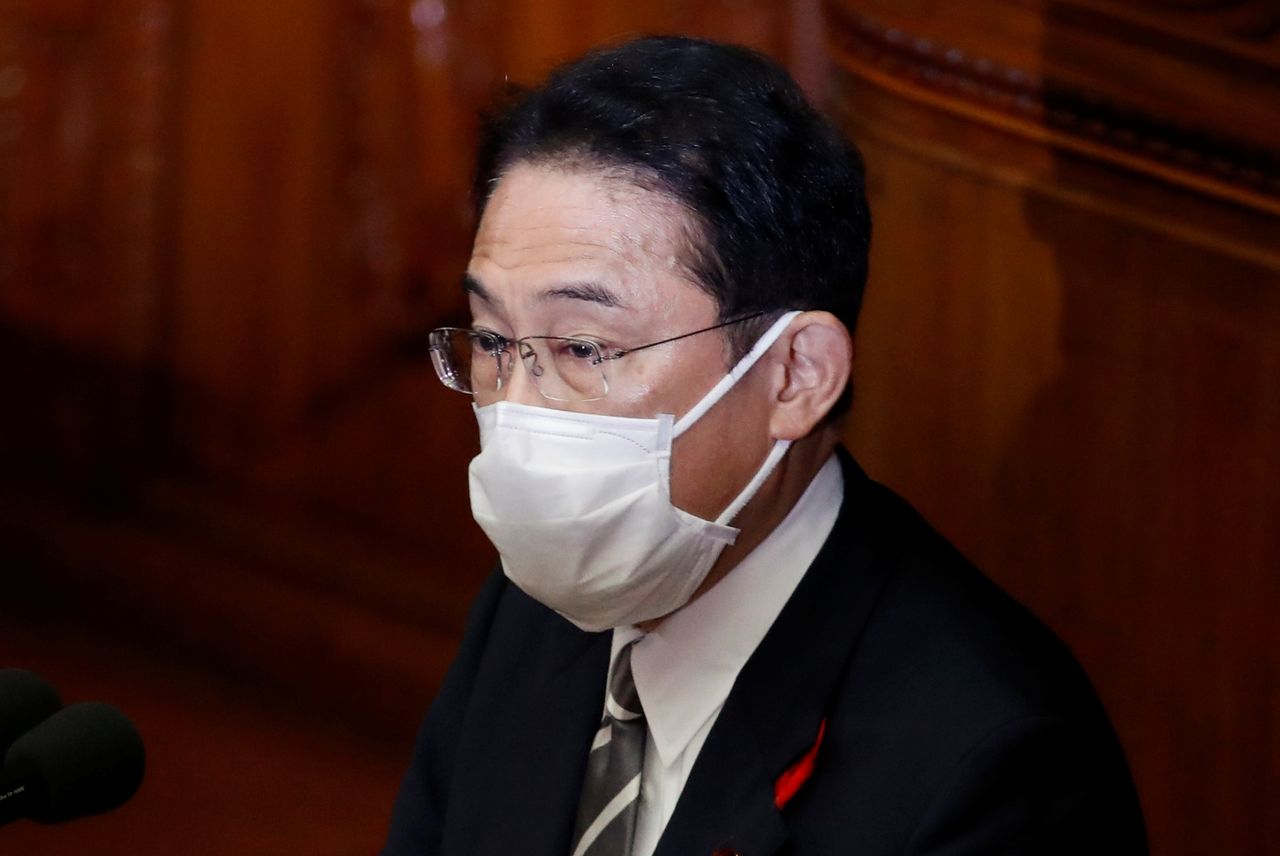 TOKYO (Reuters) -Japan's ruling Liberal Democratic Party (LDP) unveiled on Tuesday its manifesto for an Oct. 31 election with a focus on ending the coronavirus pandemic, promises to rebuild the middle class and defend against an increasingly assertive China.

The party's leader, Prime Minister Fumio Kishida, enjoys a reasonable level of public support a week into the job, polls show, boding well for his goal of maintaining a lower house https://www.reuters.com/world/asia-pacific/main-parties-contesting-japans-lower-house-poll-2021-10-07 majority for the LDP and its Komeito party coalition partner.

"We would like to show solid measures and appeal to the people, first, how to confront the coronavirus ... and to bring peace of mind and hope to the people," LDP policy chief Sanae Takaichi told a news conference.

Voters will want to see a government with plans for decisive action to bring an end to the pandemic and rebuild a weak economy. A recent Sankei newspaper poll showed that about 48% say they want the Kishida administration to work on coronavirus most, followed by economic recovery and employment.

The manifesto highlighted coronavirus measures including supplying oral antiviral medication this year, as well as Kishida's vision of realising a "new capitalism" that focuses on economic growth and redistribution of wealth.

The LDP said in its manifesto it would expand support for small and medium businesses hit by the pandemic and offer subsidies for enterprises if they move into new industries.

Fortunately for Kishida, the coronavirus situation has improved, with the smallest number of new cases on Monday since the middle of last year.

But Kishida is taking nothing for granted and told parliament earlier on Tuesday the government would plan for a worst-case coronavirus scenario by securing more health resources and preparing to start giving booster shots in December.

Asked about how the government would respond to excessive yen declines, Kishida said he would closely watch the impact of currency moves, noting that a weak yen increases costs for companies by pushing up import prices.

On security, the LDP said it would "reconsider" its response to an increase in China's military activity around the Taiwan strait and islets in the western Pacific controlled by Japan but also claimed by China.

The government would aim to raise its defence budget "with an eye to bringing it even above two percent" of gross domestic product (GDP), the party said.

Japan's defence spending has stayed around 1% of GDP in recent decades.

Kishida, a former foreign minister seen as a safe if lacklustre pair of hands, has a 49% approval rating, according to poll published by state-run broadcaster NHK late on Monday.

That is lower than the approval enjoyed by some predecessors at the beginning of their tenures but support for Kishida's government was higher than the most recent ratings for that of his predecessor, Yoshihide Suga.

Suga grew deeply unpopular as he struggled to contain a fifth wave of coronavirus infections and stepped down last month after only a year in office.

Kishida can take more cheer from the Sankey survey published on Monday that showed 63% of respondents supported his administration, with many voters saying there was no better person than him for the job of prime minister.

The poll showed a solid 45% rate of voter support for the LDP, with backing for opposition parties hovering around the single digits.