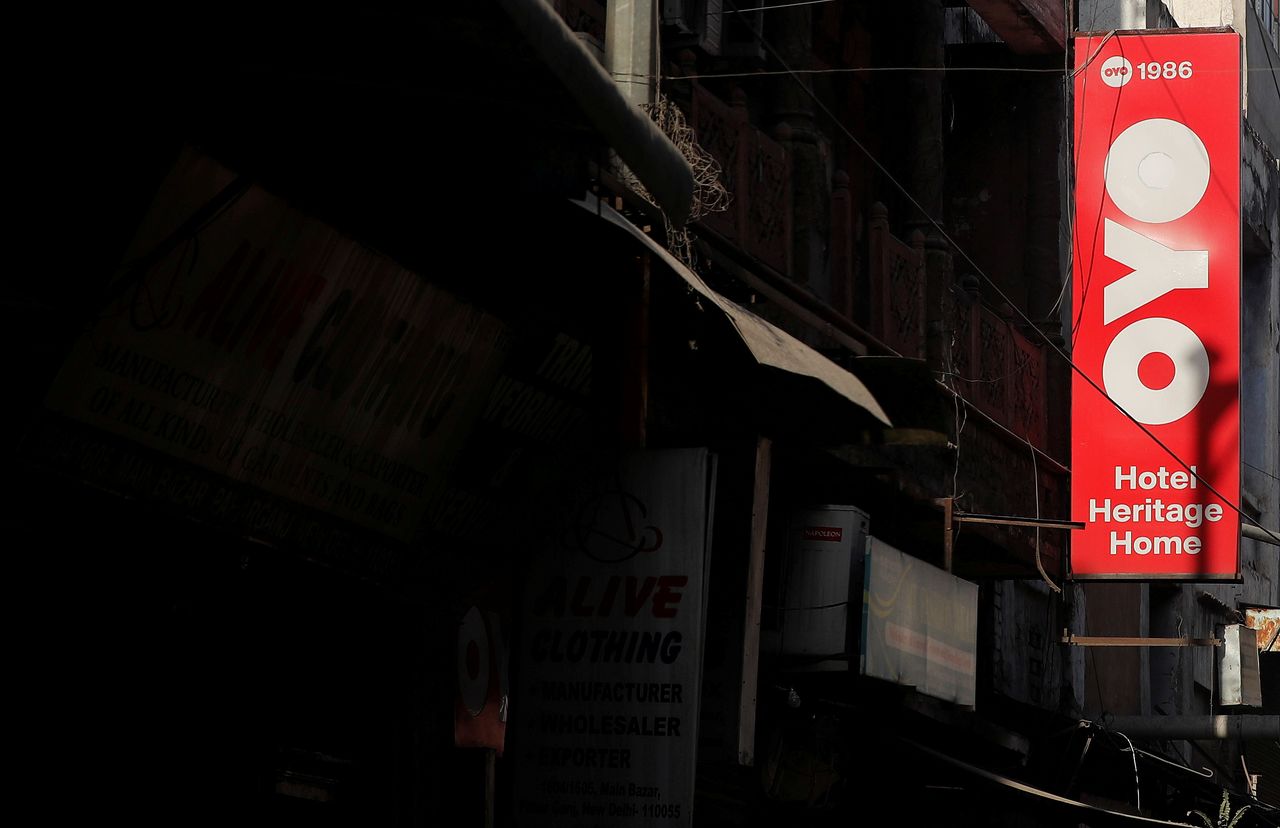 FILE PHOTO: The logo of OYO, India's largest and fastest-growing hotel chain, installed on a hotel building is pictured in an alley in New Delhi, India, April 3, 2019. REUTERS/Adnan Abidi/File Photo

MUMBAI (Reuters) - Indian hospitality startup Zostel has asked the market regulator to reject an application from SoftBank Group-backed rival Oyo Hotels and Rooms to go public due to a legal tussle between the firms over a deal that fell apart six years ago.

Zostel said Oyo's capital structure was not final and that its draft prospectus filed with the Securities and Exchange Board of India (SEBI) was "replete with material omissions," showed a copy of a letter Zostel sent to SEBI, seen by Reuters.

"This shows a pattern of Zostel trying to distract Oyo from pursuing its business goals," it said in a statement to Reuters.

Oyo filed papers in late September for an initial public offering (IPO) that will consist of a fresh issue of shares of up to 70 billion rupees ($927.30 million) and an offer for sale of existing shares of as much as 14.30 billion rupees.

It is seeking a valuation of $10 billion to $12 billion, a source told Reuters this month.

Oyo and Zostel have been in a legal battle over a 2015 deal for Oyo to buy some of Zostel's businesses and Zostel to get a 7% stake in Oyo. Though the deal fell through, Zostel has said it is still entitled to the stake, whereas Oyo has said otherwise, arguing they had not reached a definitive agreement.

Zostel has asked a Delhi court to stop Oyo from changing its shareholder structure, including through an IPO, according to a petition previously seen by Reuters.

In its letter to SEBI dated Oct. 11, Zostel said SEBI's regulations prohibit Oyo from making any public offer of its shares since it had not issued the stake to Zostel's shareholders.

Separately, Oyo has challenged an order from a Supreme Court-appointed arbitrator who ruled that the terms of the 2015 deal were binding and that Oyo breached its obligations by failing to execute a definitive agreement.

An Oyo counsel told Reuters late on Monday there was nothing in the order that prevented Oyo from going ahead with its IPO.

Zostel and SEBI did not respond to requests for comment outside regular business hours.