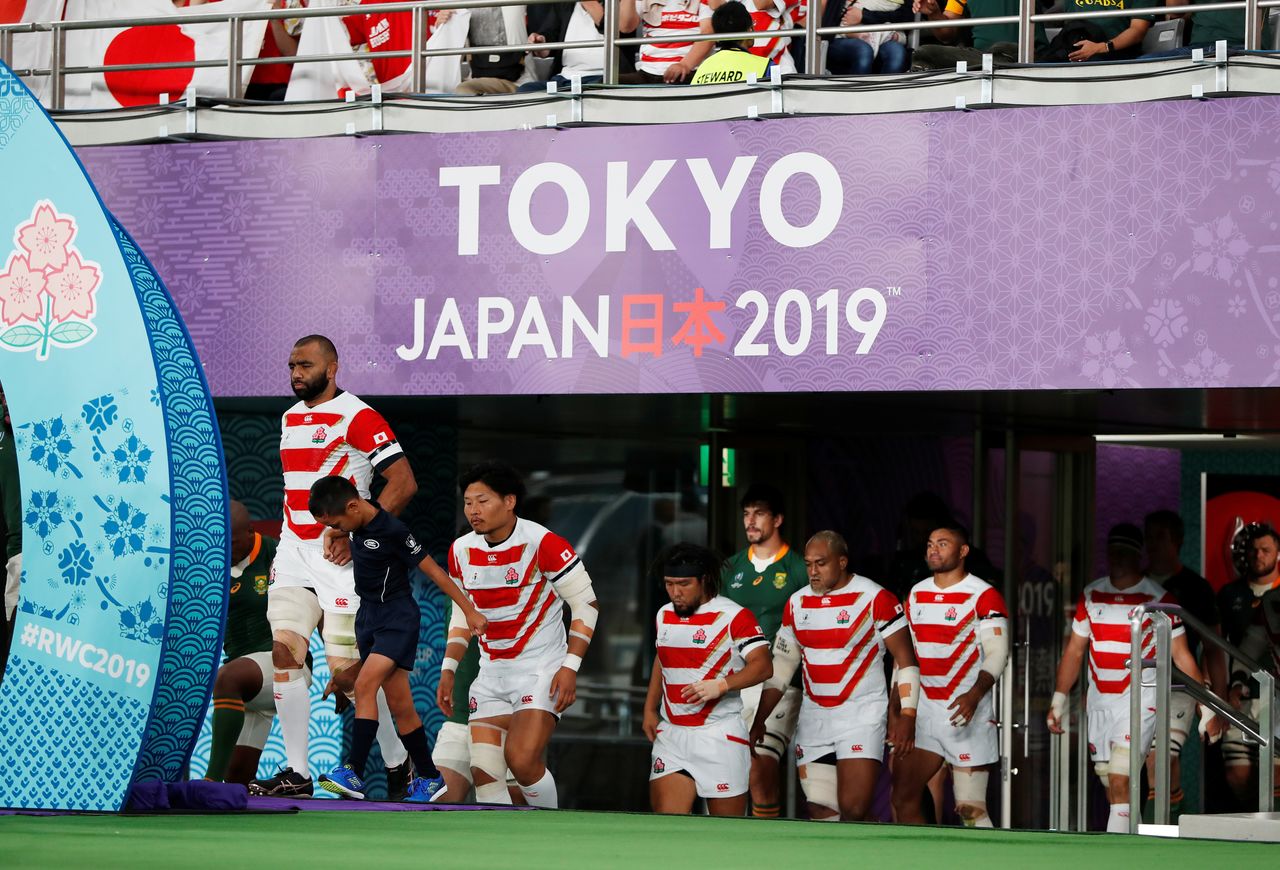 Loose forward Michael Leitch was included in the squad after being relieved of the captaincy last week in an effort to improve his chances of playing in a fourth World Cup in 2023.

The team will be skippered by South African-born flanker Pieter "Lappies" Labuschagne with centre Ryoto Nakamura, who played in all five matches on Japan's run to the quarter-finals at the last World Cup, as vice-captain.

Stalwart lock Wimpie Van Der Walt missed out through injury, while there was no place in the squad for 29-cap number eight Amanaki Mafi.

Uncapped development player Daichi Akiyama was one of three locks named along with Australia-born James Moore and Liaki Moli, although number eight Kazuki Himeno can also play in the second row.

Brisbane-educated Ben Gunter, another of the uncapped players, and Jack Cornelsen, the son of Wallaby Greg, are among nine players who will battle it out for the three starting loose forward spots.

Along with Moore and uncapped former Australian schoolboys winger Dylan Riley, they will be particularly keen to earn a place in the side when the Brave Blossoms take on the Wallabies in Oita on Oct. 23.

That test is followed by a match against Ireland in Dublin on Nov. 6, a trip to Lisbon to play Portugal on Nov. 13 and then a first meeting with Scotland since their 2019 World Cup clash at Murrayfield on Nov. 20.

Japan have played two matches since they hosted the World Cup two years ago, losing 28-10 to a British and Irish Lions XV in June and going down 39-31 to Ireland in July.

(Reporting by Nick Mulvenney in Sydney, editing by Peter Rutherford)