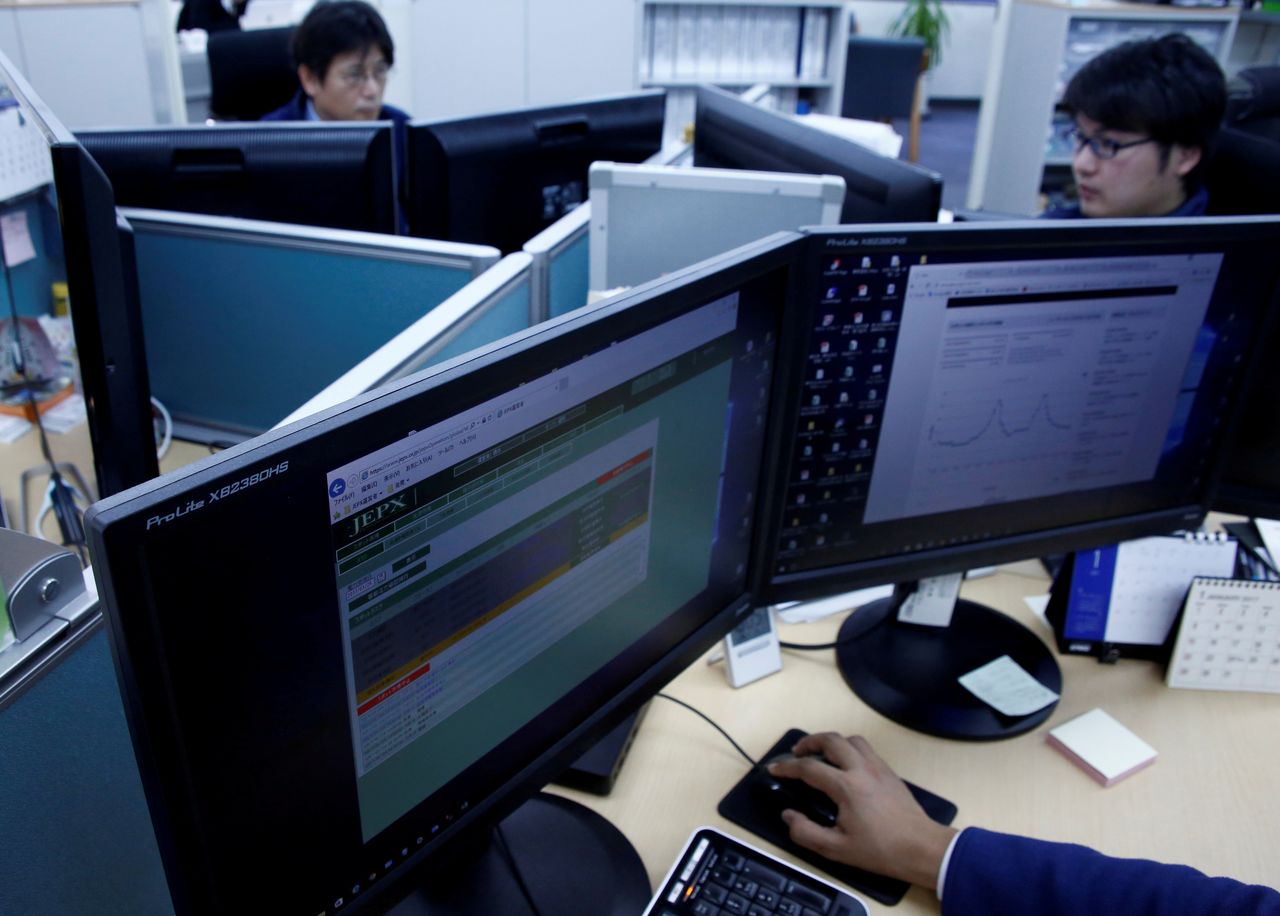 TOKYO (Reuters) - Electricity prices in Japan have risen to nine-month highs this week as gains in global prices of oil, liquefied natural gas (LNG) and coal are starting to feed through to the country's $150 billion power market.

Energy prices across the world are hitting records or multi-year highs as economies from Europe to Asia recover from the pandemic but are facing lingering supply chain and other disruptions.

For Japan, which imports all but a tiny amount of its energy needs, higher oil, gas and coal prices are bringing back inflation, with wholesale prices at 13-year highs.

Elevated electricity prices are also reviving memories of last winter when prices hit record highs and Japan's grid nearly failed in the worst energy crisis for the country since the Fukushima disaster.

On Tuesday, spot prices for peak hour delivery of electricity reached 50 yen ($0.44) per kilowatt hour (kWh), just shy of 50.01 yen/kWh, hit the day before, which was the highest since January.

For a graphic on Japan wholesale power prices daily highs:

"We are seeing thermal generation being offered to the market at increasingly higher prices to either preserve fuel for winter or get paid for it on an opportunity-cost basis," said one trader.

Like last winter, rising costs for LNG and coal are driving the gains in prices and, with colder temperatures just weeks away, Japan's big utilities have been taking steps to avert a similar crisis.

Inventories of LNG have been topped up and are now above 2.4 million tonnes, around 600,000 tonnes higher than the four-year average for this time of the year, Japan's industry ministry said.

That represents about 12 days supply based on last year's imports of 74.4 million tonnes of LNG.

"Japan learnt its lesson from the blackouts last year and started stockpiling quite early for this winter," said an LNG trader.