Kremlin says it disagrees with Japan's sovereignty claim over islands 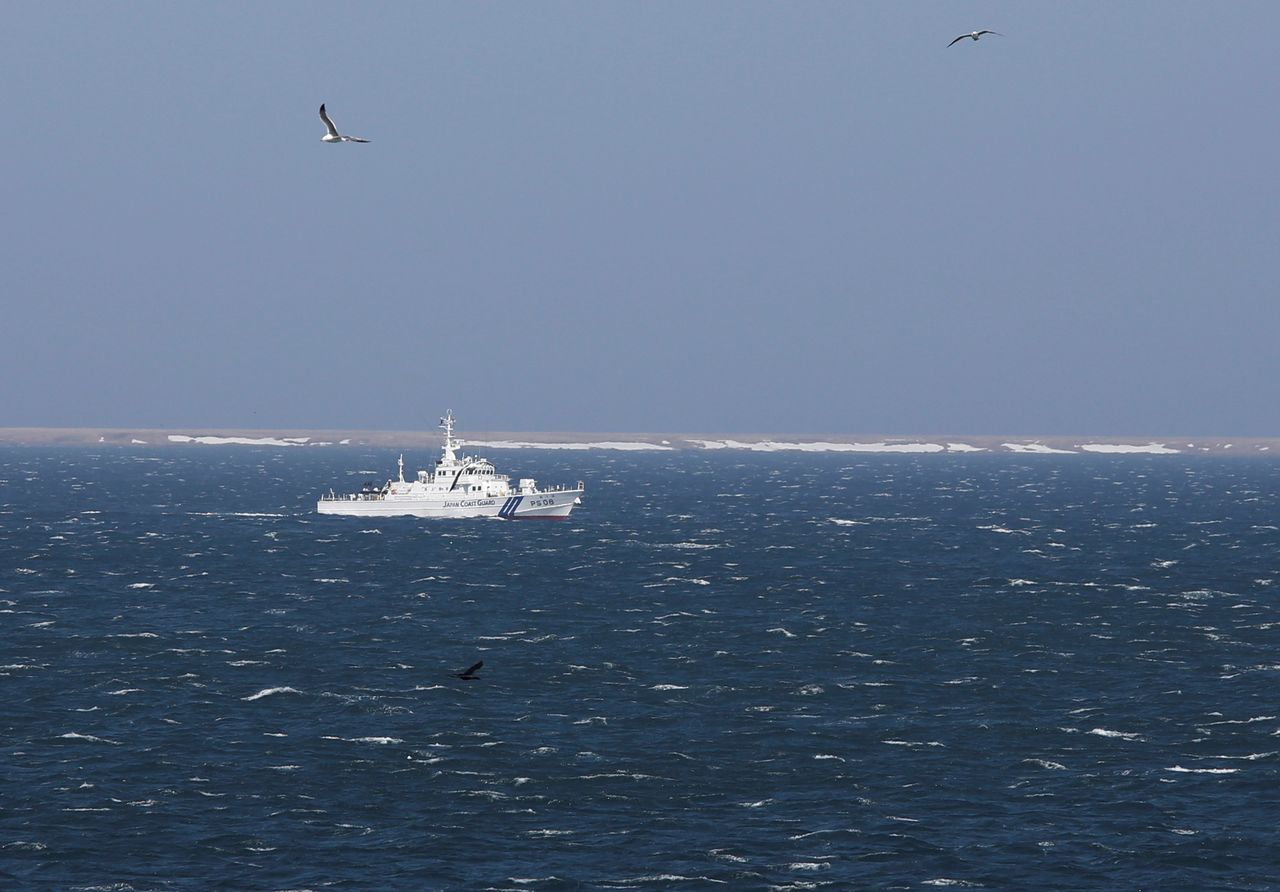 FILE PHOTO: Japan Coast Guard vessel PS08 Kariba sails off Cape Nosappu, easternmost point in Japan, in Nemuro on Hokkaido island, as part of a group of islands known as the Northern Territories in Japan and the Southern Kuriles in Russia can be seen in the background April 14, 2017. REUTERS/Issei Kato

MOSCOW (Reuters) - The Kremlin said on Tuesday it disagreed with comments by new Japanese Prime Minister Fumio Kishida that Japan's sovereignty extended to a chain of islands known by Tokyo as the Northern Territories, and that they were in fact part of Russia.

"We do not agree with such a statement," Kremlin spokesperson Dmitry Peskov told reporters on a conference call.

"This is Russian territory, and Russia has repeatedly reaffirmed its political will on different levels to continue dialogue with Japan to find solutions to the sensitive issues that remain on the agenda."

The territorial dispute over some of the islands, which are known at the Kurils in Russia, dates back to the time when the Soviet Union seized them at the end of World War Two. The dispute has prevented Russia and Japan from signing a formal peace treaty.