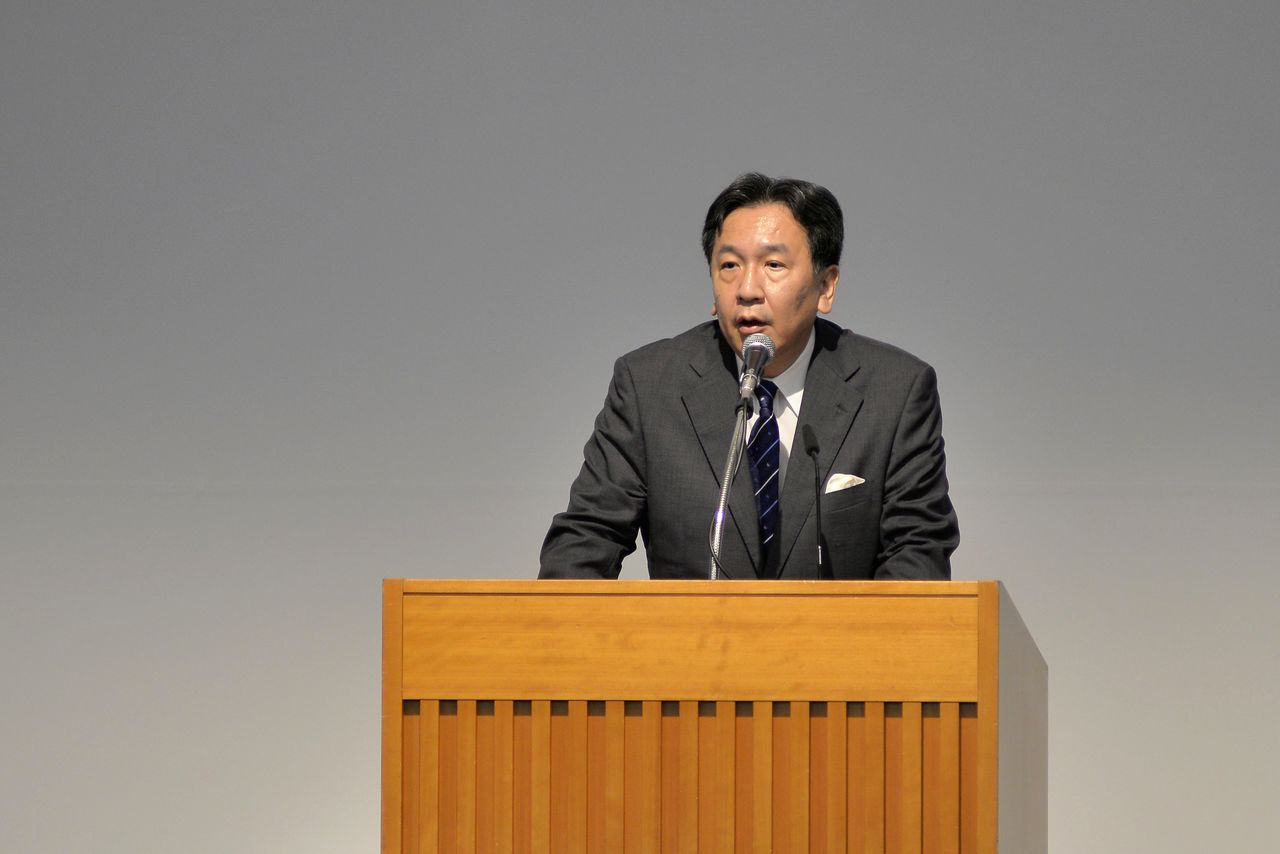 TOKYO (Reuters) - Japan's largest opposition group unveiled a campaign platform on Wednesday that said it would stand for rights like supporting same-sex marriage and different surnames for couples, marking out differences with the conservative ruling party.

The Constitutional Democratic Party of Japan (CDPJ), led by Yukio Edano, is facing a critical test in the Oct 31 general election, the first it is contesting since its formation last year, hoping to make a dent in the ruling party coalition that holds a clear majority in parliament.

But it is struggling in opinion polls, and with the ruling Liberal Democratic Party (LDP) also emphasizing social safety nets and similar policies long espoused by the Democratic Party from which the CDPJ was formed, it is facing a battle to stake out its own territory.

Party president Yukio Edano told a news conference that the emphasis on legal steps towards diversity would be one of the biggest differences between the two groups - although the CDPJ also wants to steer away from nuclear power, which the LDP would retain as an option.

"This is clearly our biggest difference - (allowing) couples with different surnames, equality laws for LGBTQ, and laws recognising same-sex marriage," he said.

"We'd like a comprehensive strengthening of human rights so nobody is left behind."

The LDP remains socially conservative and, while progress has been made on LGBTQ rights in society, much more needs to be done. New Prime Minister Fumio Kishida said during the LDP leadership race that he was not in favour of same-sex marriage, for example.

The CDPJ's roots lie in the Democratic Party of Japan, which succeeded in defeating the LDP-Komeito alliance in 2009, and held power for a bit more than three years - a period that included the March 11, 2011 tsunami and disaster at the nuclear power station in Fukushima which tinged the party with an image of failure in the eye of voters.

A recent poll by the Asahi Shimbun daily found only 13% were planning to vote for them, far behind the LDP's 47%; most other polls record support in the single digits.

Moreover, the LDP has co-opted several of their positions on social safety nets and income distribution, said Airo Hino, a political science professor at Waseda University in Tokyo.

"Kishida has really drawn a lot closer in his policies to what the CDPJ has been saying, so it's going to be pretty hard for them to stand out," he said.

Criticising the LDP may be one way for it to do so. Edano said Kishida's administration was no different from those of his predecessors, Shinzo Abe and Yoshihide Suga. Suga's tenure, in particular, saw the LDP's popularity nosedive, while the last days of Abe were marred by money scandals.

"If either Abe or Suga was in power, it would be a lot easier for the opposition," Hino said. "But with Kishida, it's hard to see how far criticism will take them unless they can develop their own distinct character."