Soccer-Diligent preparation and unity were key for Japan, says Moriyasu 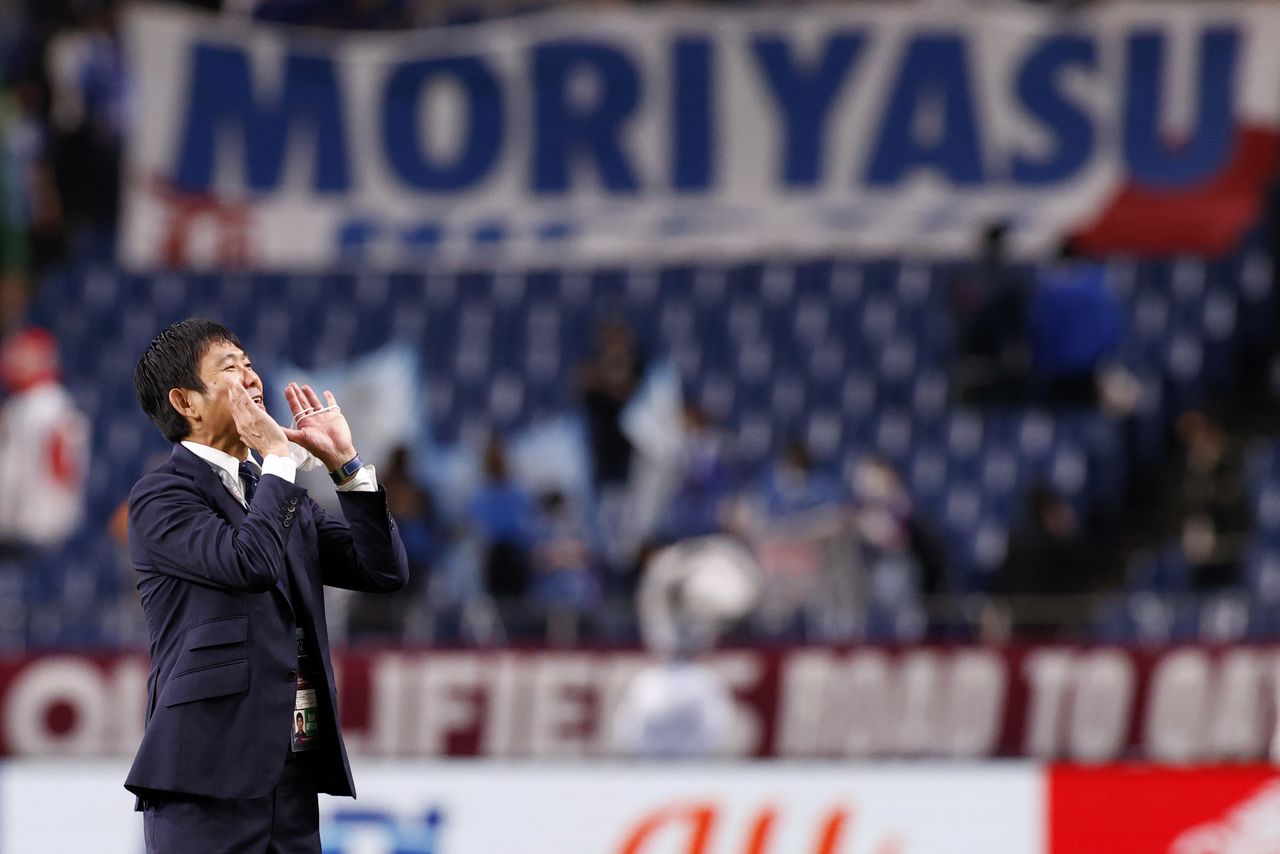 (Reuters) - Under-fire Japan coach Hajime Moriyasu credited the united spirit within his squad for putting his country's World Cup qualifying campaign back on track with Tuesday's late victory over Australia.

Moriyasu was under significant pressure going into the game and could be seen with tears in his eyes during the pre-match national anthems as speculation grew over his position at the helm of the team.

But a late own goal from Aziz Behich capped an improved performance from Moriyasu's team and earned Japan a 2-1 win over the Socceroos after two defeats in their previous three games.

"We've been preparing ourselves diligently, and that led to this result," said Moriyasu, who took over as Japan coach following the 2018 World Cup.

"We were under great pressure, but the players, coaches, the entire staff, came together as one and stood tall."

Japan went into the game with only three points having lost the opening game in Asia's final round of preliminaries to Oman before notching up a narrow win over China.

A 1-0 defeat in Jeddah last week by Saudi Arabia increased the scrutiny on Moriyasu as Japan slipped off the pace being set at the top of Group B.

Only the top two teams in the group are guaranteed to qualify for Qatar 2022 and a loss against the Australians would have left the Japanese nine points adrift of the automatic berths.

An early goal from midfielder Ao Tanaka, brought into the side at the expense of Gaku Shibasaki, gave Japan the perfect start, although Ajdan Hrustic's stunning free kick levelled the scores until Behich's late own goal.

"We came in with two games against Australia that could each mean a six-point swing in the table," Japan captain Maya Yoshida said, according to Kyodo.

"We were at least able to get the first one out of the way, now we have more work to do."