FRANKFURT (Reuters) - Major carmakers like Volkswagen, Daimler and Stellantis have been racing to secure battery cell supplies in Europe, but may face a bigger challenge as they seek to go electric - finding enough battery raw materials.

"There is a serious question as to whether supply can keep up with demand across the battery supply chain," says Daniel Harrison, an auto analyst at Ultima Media.

Until recently, Europe was seen as having lost the battery race to the dominant Asian manufacturers like CATL in China, South Korea's LG Chem, and Japan's Panasonic, says Ilka von Dalwigk from EIT InnoEnergy, which has set up a company network funded by the European Union in the "European Battery Alliance".

"Nobody saw that as a problem," says von Dalwigk. "The thinking was that we can import battery cells."

But forecasts from banks like UBS that EV sales would soar over the coming decade shook the political establishment and carmakers, and forced a rethink of battery production.

This was followed by EU funding programmes worth billions and major battery plant announcements by car manufacturers and suppliers. Volkswagen alone plans six battery plants in Europe, while Daimler will build four with partners.

If all those plans become reality, local production should meet demand around 2030. About 640 gigawatt hours (GWh) would be available, enough for average annual production of 13 million cars.

Ultima Media's Harrison projects Volkswagen's six planned plants would allow the Wolfsburg-based company to cover around two thirds of its own battery needs.

The problem lies with raw materials like lithium, nickel, manganese and cobalt.

Within a year, the price for lithium carbonate has more than doubled, explains Caspar Rawles, head of price and data analysis at BMI.

In the case of cobalt, where the largest deposits are located in Democratic Republic of the Congo and are sometimes extracted under miserable working conditions, an increase in price is also expected.

At the very beginning of the supply chain, it takes around seven years for new mines to be developed.

"Europe is not the only region that is raising its e-car targets and reducing CO2 emissions," said Rawles.

A global race is under way. The automotive industry is currently experiencing painful production disruptions due to the shortage of semiconductors.

Some carmakers, including Volkswagen, are trying to secure the supply of raw materials with exclusive supply contracts.

So far, lithium has mainly come from Australia and Chile, cobalt from the Congo, and graphite from China. The largest processors of cathode and anode material are also located there, and in Japan.

But imports can become more expensive due to tariff increases in trade disputes and interrupted by logistics problems, as a tanker accident that blocked the Suez Canal recently showed.

And long journeys are bad for those focused on making batteries with as few CO2 emissions as possible.

One answer is investments in raw material extraction in Europe - lithium is particularly available.

Startup Vulcan Energy is working on obtaining lithium CO2-neutrally from thermal water in Germany's Upper Rhine plain and has already signed up Renault as a customer.

"We would need a lot of projects like Vulcan Energy - with one in every European country we would have a chance to build the supply chain in Europe," says Harrison.

EIT InnoEnergy estimates by 2030 Europe could tap a quarter of the raw materials it needs, so is working on raising more money that could trigger further investments.

Recycling is another option. But here, too, Europe lags far behind China.

Currently, quality issues mean only 10% to 20% of demand could be met with recycled material, says von Dalwigk.

There is a risk the shift to e-mobility will be slowed down, says Harrison.

He adds, though, that he believes the European Commission and EU member states will have to take action - such as more subsidies for exploring reserves and recycling - "because so much is at stake economically and ecologically." 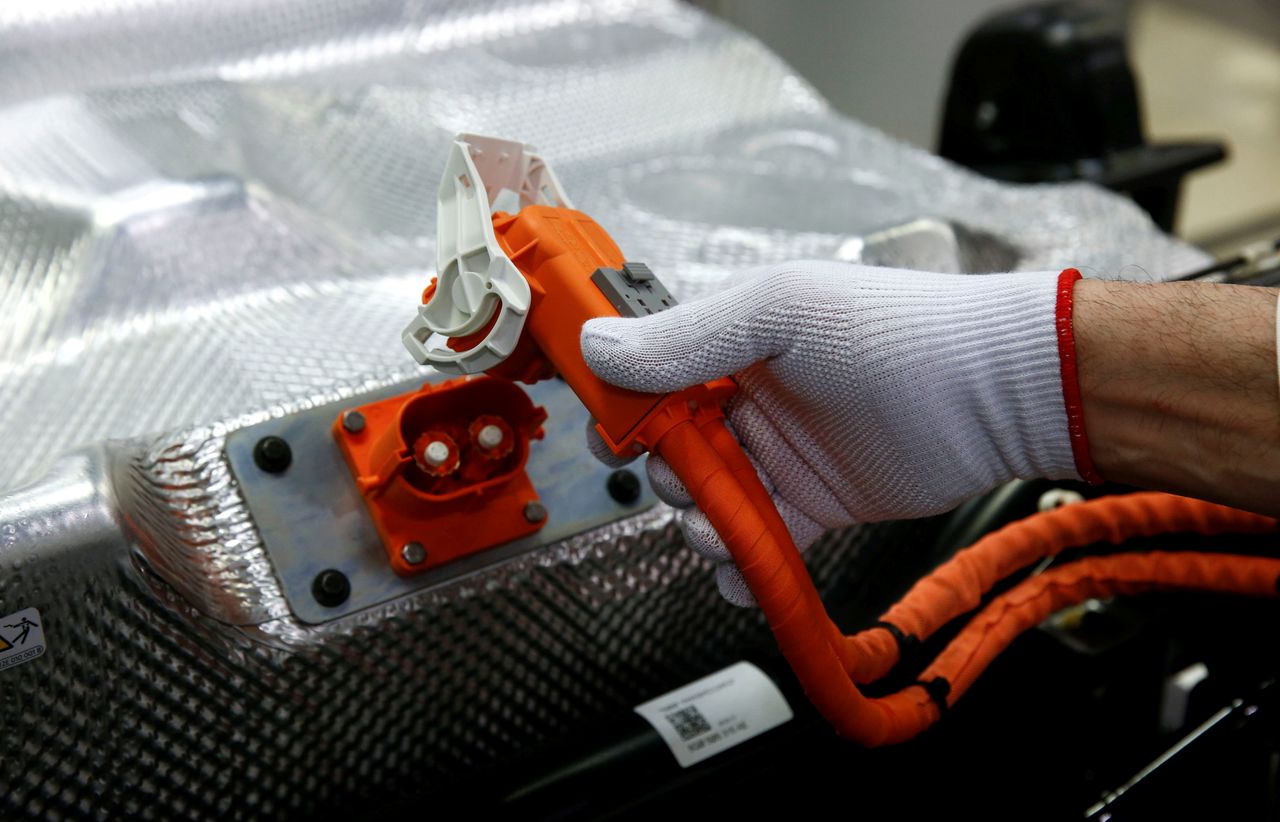 FILE PHOTO: A worker connects the battery during the assembly of an e-Golf electric car at the new production line of the Transparent Factory of German carmaker Volkswagen in Dresden, Germany March 30, 2017. REUTERS/Fabrizio Bensch 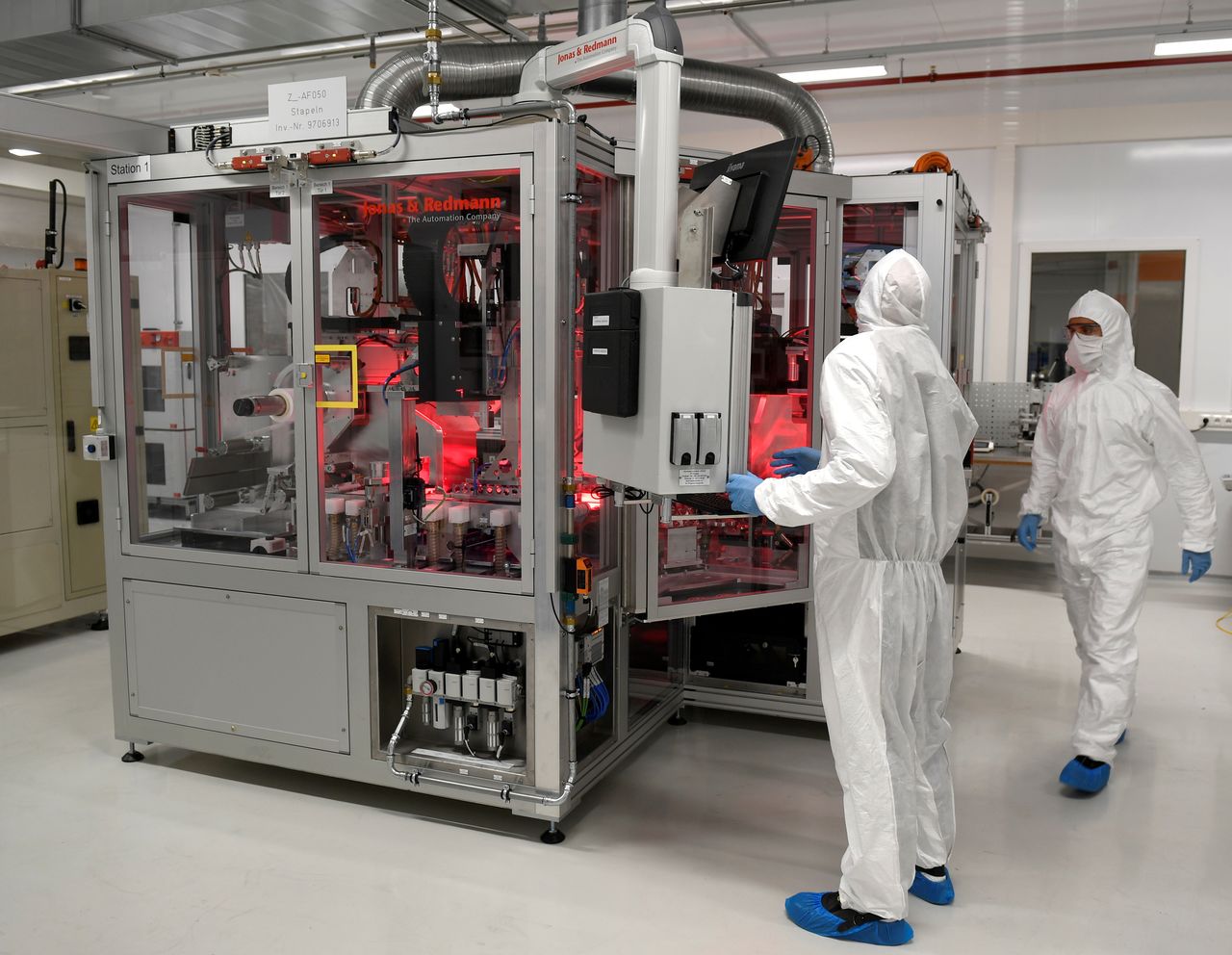