Analysis-Inflation revival is a victory, not a defeat, for central banks

FRANKFURT (Reuters) - Yes, inflation is back, and you should probably be relieved if not outright happy.

That is the verdict of the world's top central banks, who hope they have hit the sweetspot where healthy economies see prices gently rising - but not spiralling out of control.

Backed by vast government spending, central bankers unleashed unprecedented monetary firepower in recent years to get this result. Indeed, anything less would suggest the biggest experiment in central banking in the modern era had failed.

Only Japan, which has been trying and failing to heat up prices since the 1990s, remains in the inflation doldrums.

For the other advanced economies, a rise in price pressures puts the elusive goal of unwinding ultra-easy policy within sight and at last raises the prospect that central banks - thrust into prominence during the global financial crisis - could finally step back.

The current inflation rise is not without risk, of course, but comparisons with 1970s style stagflation - a period of high inflation and unemployment combined with little to no growth - appear unfounded.

On first look, current inflation rates do indeed look troubling. Price growth is already over 5% in the United States and could soon hit 4% in the euro zone, well above policy targets and at levels not seen in well over a decade.

But hard evidence has yet to challenge the narrative of many policymakers that this is mostly a temporary surge caused by the economy's bumpy post-pandemic reopening.

"The current inflationary spike can be compared to a sneeze: the economy’s reaction to dust being kicked up in the wake of the pandemic and the ensuing recovery," European Central Bank board member Isabel Schnabel said.

So if inflation after the "sneeze" settles at higher levels, central banks should be happy given they spent most of the past decade trying to raise, not cut inflation.

On- and off-record conversations with over half a dozen central bankers point to relief that price pressures are finally building and policy normalisation, a taboo subject for years, is back on the agenda.

"If inflation doesn't rise now, it never will," one policymaker, who asked not to be named said. "These are the perfect conditions, this is what we worked for."

Central banks are already responding. Norway, South Korea and Hungary, among others, have already hiked rates while the U.S. Federal Reserve and the Bank of England have made clear that a move is coming.

Even the ECB, which has undershot its inflation target for a decade, is preparing to roll back crisis-era measures soon while markets are now pricing an interest rate hike in late 2022-early 2023, the first such move since 2011.

Wage rises, a precondition of inflation, remain anaemic in Europe and are holding below the inflation rate in the United States. There is no evidence that companies are planning to fully compensate workers for one-off price increases.

Labour unions have lost considerable power over the years and wages are now just one component of their demands with leisure time and job security also on the list. So they are unlikely to wield the bargaining power that pushed wage growth and inflation into double digits in the 1970s.

The impact of skyrocketing energy prices is also likely to be more modest than in the past. Energy's share in overall expenditure has dropped over recent decades and the world has years of experience managing life with oil prices above $80 a barrel.

"Economies have become much less dependent on energy, both in terms of private consumption and in industrial production," ING economist Carsten Brzeski said. "Any increase in energy prices, as unwelcome as it is for producers, consumers and central bankers, does not have the same economic impact as it did in the '70s."

Indeed, U.S. economic output for each unit of energy has more than doubled since 1975.

Lastly, central banks are anything but complacent. Most were granted independence precisely because of the inflation in the 1970s and policymakers are already alert to the dangers of unchecked price rises.

"We should be vigilant without being feverish," French central bank Governor Francois Villeroy de Galhau said on Tuesday.

THE NEXT WORRY - DEBT

The headache starts when "temporary" inflation sticks around too long and companies start to adjust both wages and prices, entrenching a temporary shock in underlying prices.

"Indicators do not suggest that long-run inflation expectations are dangerously untethered," Atlanta Fed President Rafael Bostic said. "But the episodic pressures could grind on long enough to unanchor expectations."

Unfortunately there is no magic formula to determine how long is too long.

In fact, the real worry going forward may be something else: debt.

Governments borrowed huge sums to spend their way out of the pandemic and easy central bank policy is keeping this debt manageable.

Yet, even as debt levels rise, the cost of servicing them has eased given ultra-low rates. That means governments are more dependent than ever on central banks keeping rates near rock-bottom.

Central banks may be forced to pick between living with higher inflation or higher borrowing costs that thwart growth. 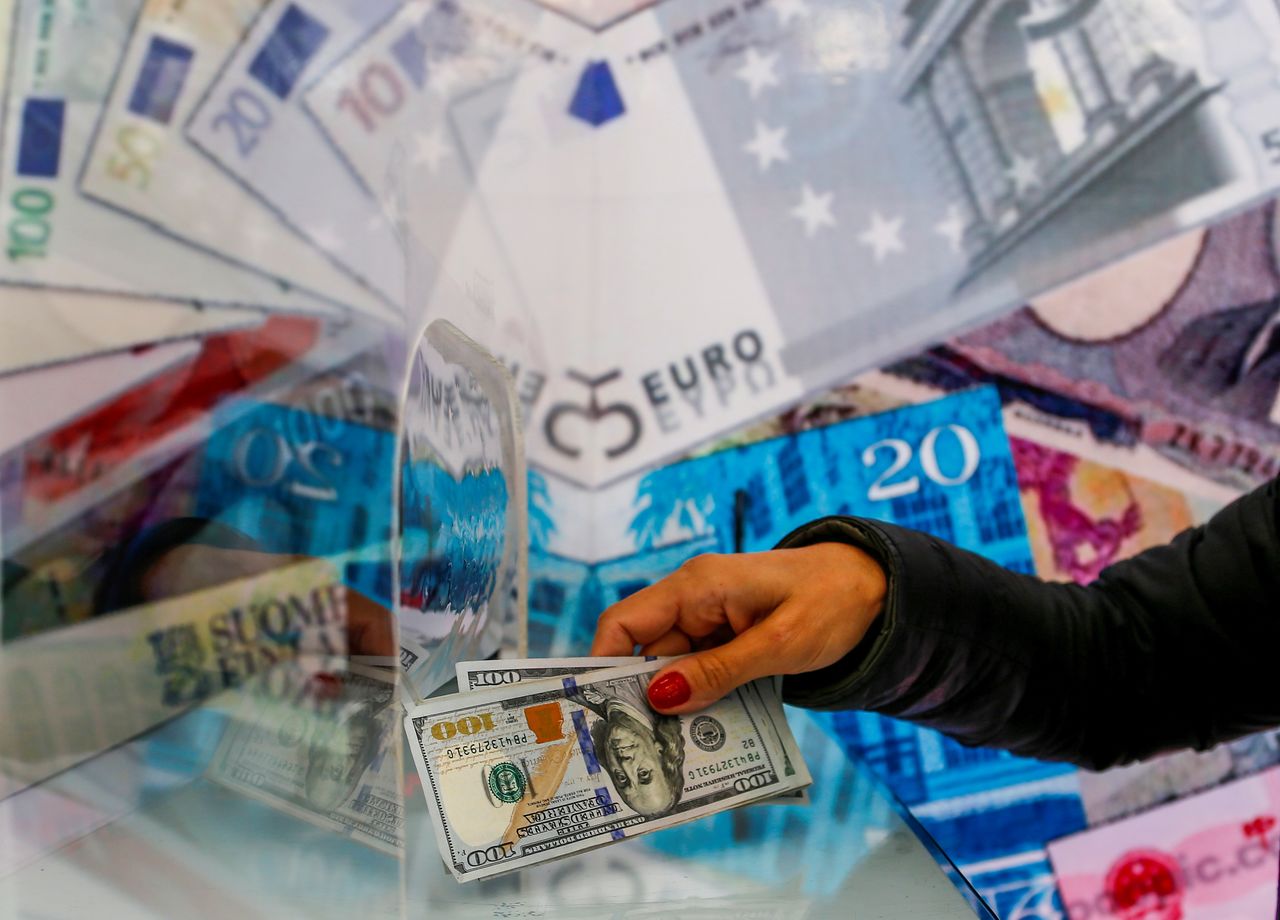 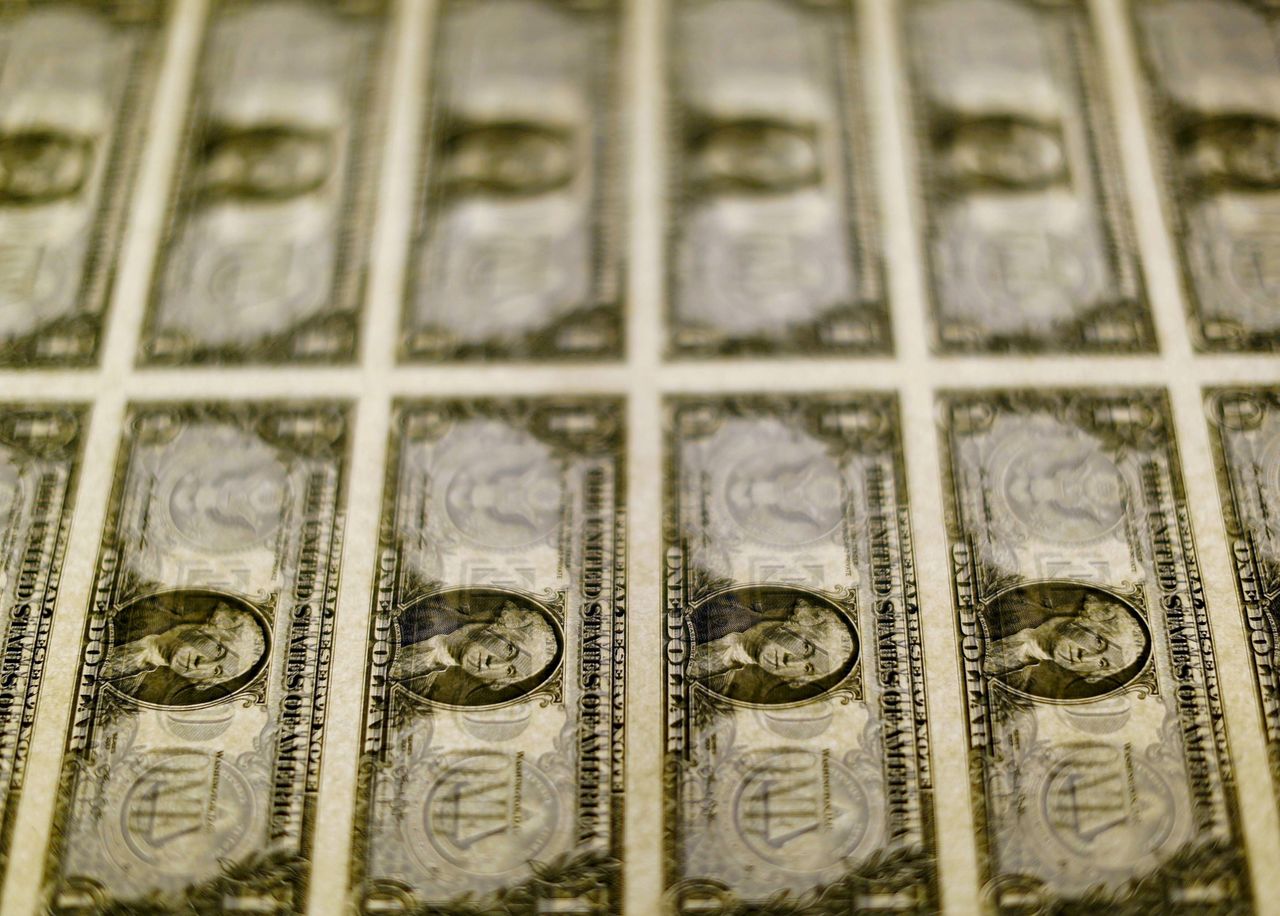 FILE PHOTO: U.S. dollar bills are seen on a light table at the Bureau of Engraving and Printing in Washington, November 14, 2014. REUTERS/Gary Cameron 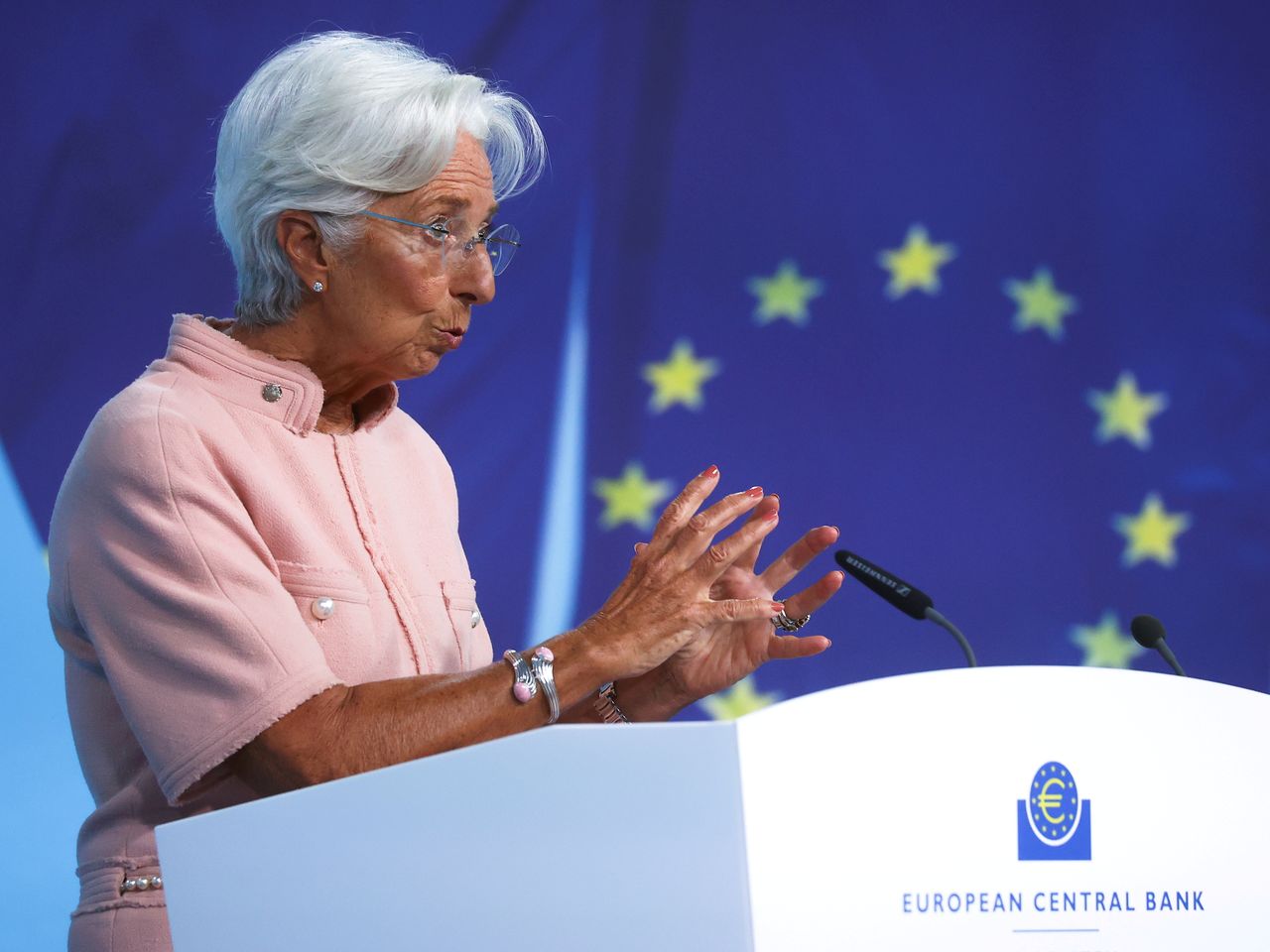 FILE PHOTO: President of the European Central Bank (ECB) Christine Lagarde speaks as she takes part in a news conference on the outcome of the Governing Council meeting, in Frankfurt, Germany, September 9, 2021. REUTERS/Kai Pfaffenbach 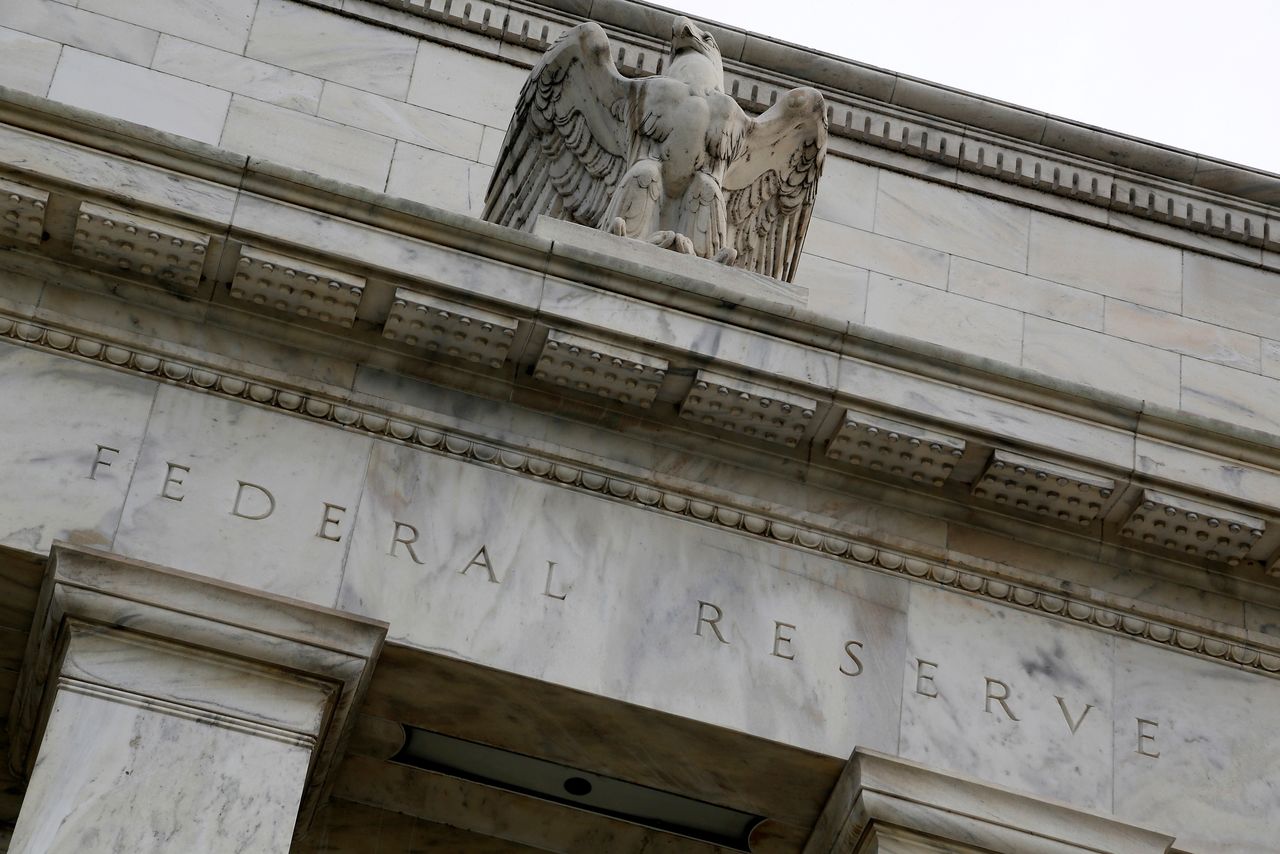