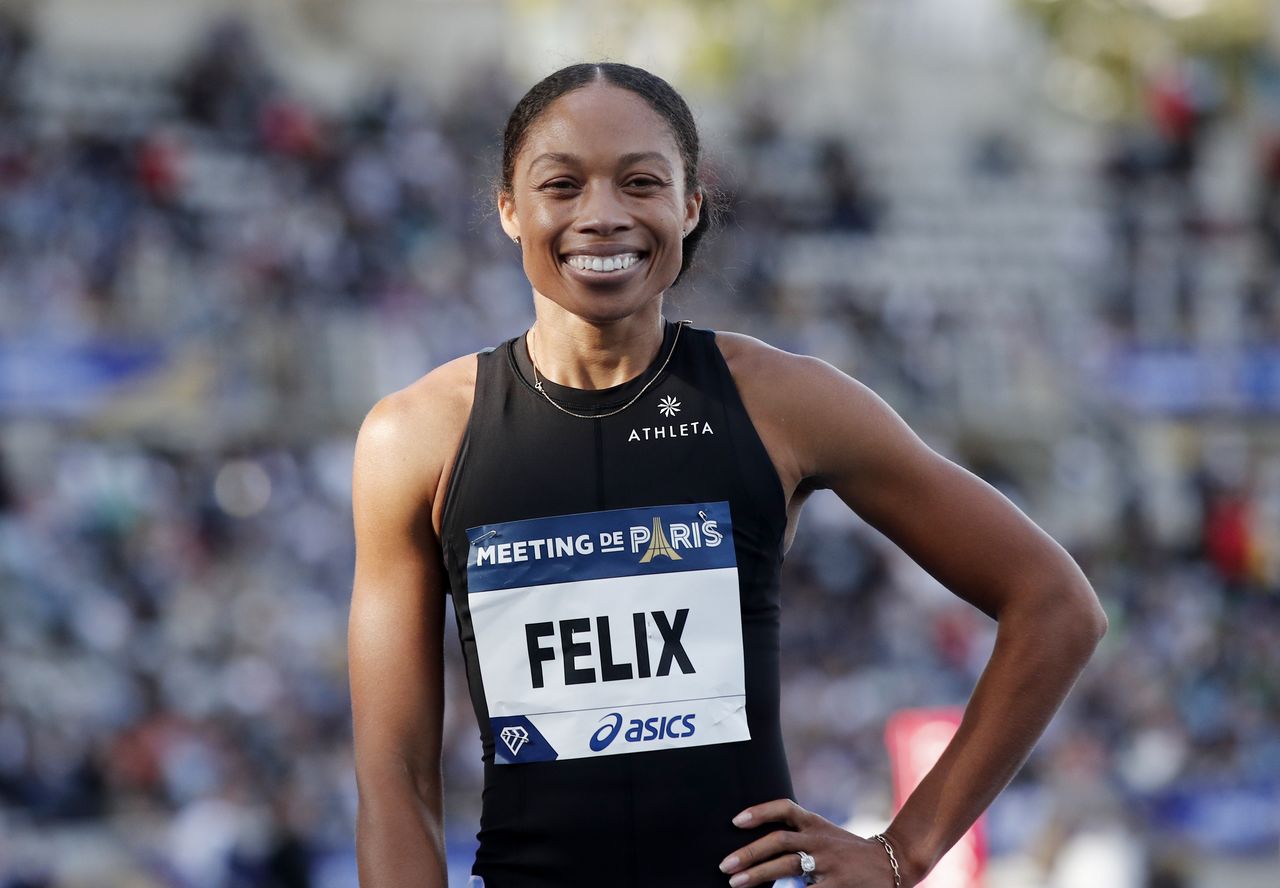 (Reuters) - Allyson Felix said surpassing Carl Lewis as the most decorated U.S. track and field athlete was "never a goal" but that it was "amazing" to have achieved the feat after winning her 11th Olympic medal at the Tokyo Games.

The 13-time world champion picked up bronze in the 400m and gold as part of the U.S. 4x400m relay team in Tokyo to move past American great Lewis' record of 10 medals.

Felix, who was honoured late on Wednesday with the individual Sportswoman of the Year Award at the Women's Sports Foundation's annual event, said she was at the point in her career where she could appreciate all she had achieved.

"It's amazing to be the most decorated American track and field athlete in Tokyo, to be able to pass Carl Lewis -- it's an interesting thing because it was never a goal that I set out to accomplish," said the 35-year-old.

"It was kind of something that I'm able to get to this point in my career and look back to see.

"It's just incredible to be in (Lewis') company," said Felix. "I think it just shows female athletes that we have no limit."

Felix picked up her first Olympic medal -- a silver -- in the 200m at the 2004 Athens Games and went on to win seven golds over the next four Games.

She later became an advocate for working mothers after giving birth to her daughter, Camryn, via an emergency C-section in 2018. In a New York Times opinion piece she said she faced pay cuts from sponsors including Nike after having her child.