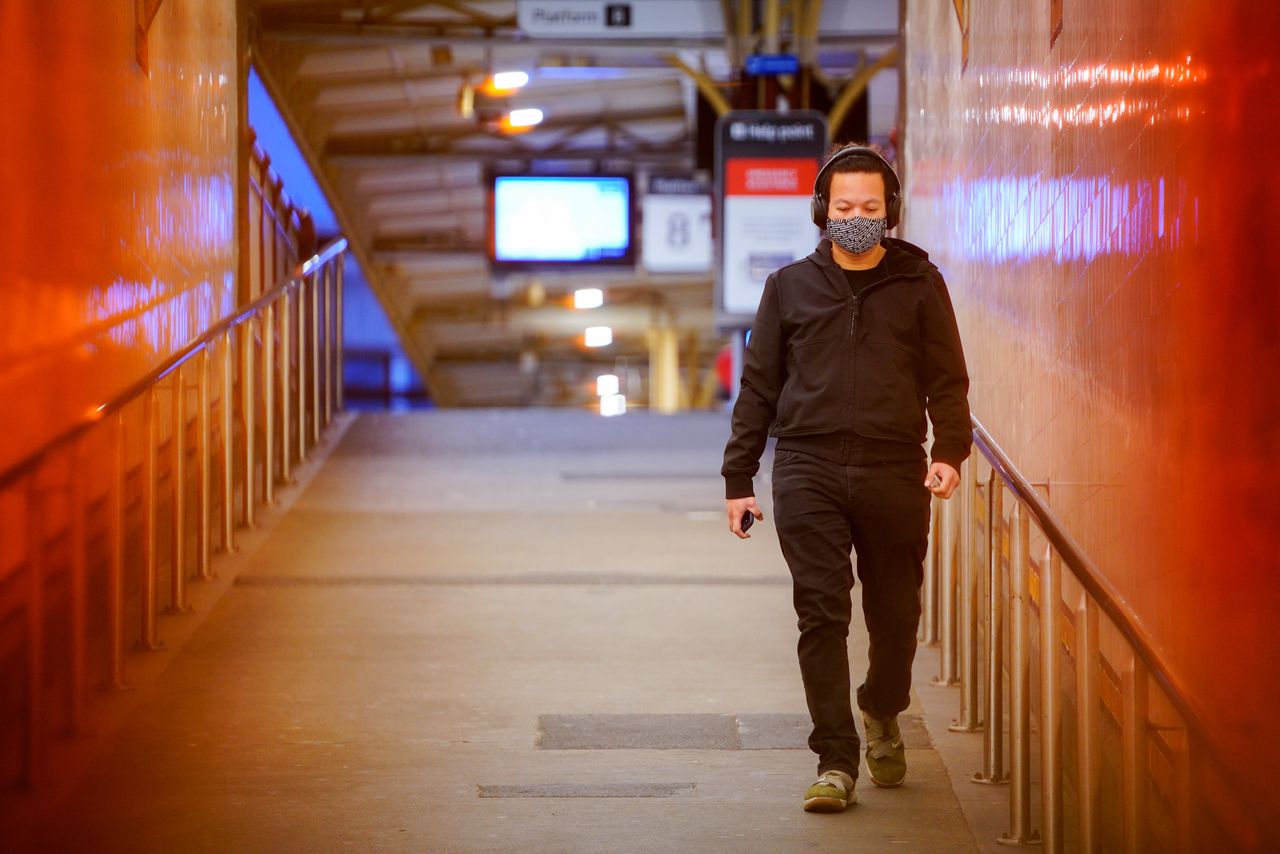 FILE PHOTO: A lone passenger wearing a protective face mask walks from a deserted train platform at Flinders Street during morning commute hours on the first day of a lockdown as the state of Victoria looks to curb the spread of a coronavirus disease (COVID-19) outbreak in Melbourne, Australia, July 16, 2021. REUTERS/Sandra Sanders

Russia reported 986 coronavirus-related deaths in the last 24 hours and 31,299 new cases on Thursday, its highest one-day infection tally since the pandemic began.

The Kremlin has blamed the rising death toll on Russia's slow vaccination campaign and has appealed to people to get the shot.

Hungary will receive technology this year to produce Russia's Sputnik V vaccine at a Hungarian plant currently under construction, Foreign Minister Peter Szijjarto said in Moscow on Thursday, according to a foreign ministry statement.

This would be the first concrete step towards making the vaccine in the European Union, even though it is not yet approved in the bloc.

COVID-19 infections in children in England rose in September after schools returned from summer holidays, helping to keep cases high even as there was a fall among adults, a large prevalence study showed on Thursday.

Infection numbers in Britain are currently much higher than in other Western European countries, but have not risen above summer levels following the return of schools in England.

Ireland may not drop all restrictions next week

Ireland raised doubts over its plans to drop almost all COVID-19 restrictions next week due to a rise in cases, with Finance Minister Paschal Donohoe saying a full return of office workers was now unlikely.

Melbourne will exit months of lockdown next week helped by a faster-than-expected vaccine uptake, Victoria state Premier Daniel Andrews said on Thursday, ahead of schedule even though daily infections hit a record the same day.

In the worst day of an outbreak of the Delta variant that began in early August, Victoria logged 2,297 new cases on Thursday, up from 1,571 the day before and the highest for any Australian state or territory since the pandemic began.

New Zealand reported its biggest rise in infections in six weeks on Thursday, with all cases detected in Auckland, raising prospects of a further extension of lockdown restrictions in the country's largest city beyond next week.

Mexico's president on Wednesday hailed a U.S. decision to open their shared border in November after more than 18 months of pandemic restrictions, though millions of Mexicans inoculated with Chinese and Russian vaccines face being shut out.

The world's busiest land border, where nearly a million people crossed each day before the pandemic, has been closed to non-essential travel since March 2020. The United States plans to permit entry only to visitors inoculated with vaccines authorized by the World Health Organization.

The Indonesian holiday island of Bali reopened to foreign tourists after 18 months of pandemic hiatus on Thursday, but the island is lacking one crucial ingredient: international flights.

Though the island's Ngurah Rai international airport has carried out exercises to prepare for tourists to return, it is not expecting much to happen soon.