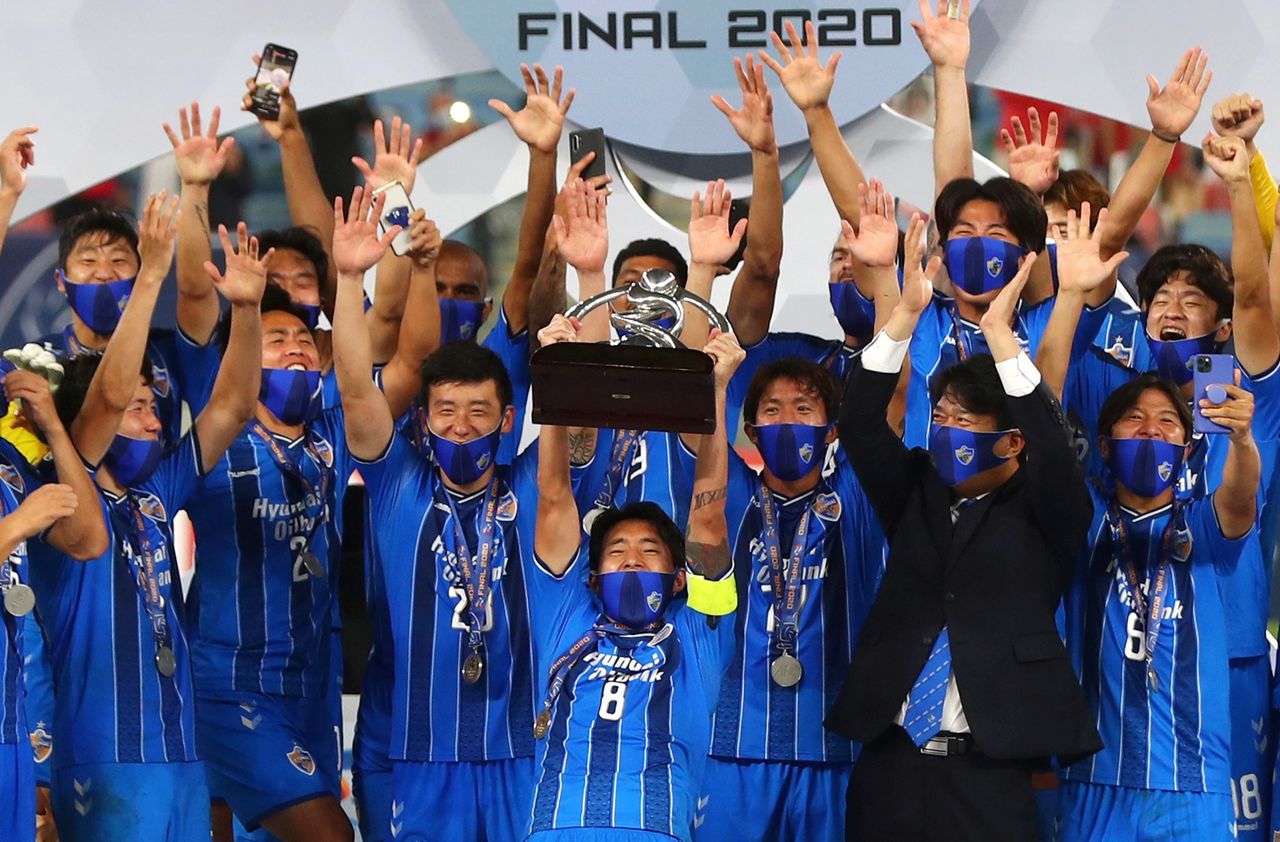 HONG KONG (Reuters) - Defending champions Ulsan Hyundai will lead the charge as South Korean clubs seek to maintain their dominance of the Asian Champions League when they face off against great rivals Jeonbuk Motors in the quarter-finals on Sunday.

The K-League pair, winners of four of the six Asian titles claimed by Korean clubs since 2006, go head-to-head at Jeonbuk's Jeonju Stadium in a winner-takes-all clash in a continental competition affected once again by the pandemic.

With the competition's usual home-and-away matches axed to limit international travel, the duo meet in a one-off tie that will determine who progresses to next week's semi-finals.

The game should be evenly poised, with both teams' preparations disrupted by the international window which saw each club lose four players to Paulo Bento's South Korea squad as they embarked on World Cup qualifiers against Syria and Iran.

Ulsan, whose win last year added to their previous success in 2012, go into the game as marginal favourites, with Hong Myung-bo's team leading Jeonbuk by a point in the K-League as the pair also battle it out on the domestic front.

A 0-0 draw in their most recent meeting in the league in September suggests a cagey affair awaits, but the presence of the duo in the last eight guarantees at least one Korean club will advance to the semi-finals.

Teams from the country have won the title six times since Jeonbuk first raised the trophy in 2006 and there remains the prospect of an all-Korean semi-final, with Pohang Steelers due to meet Japan's Nagoya Grampus in the other quarter-final.

Pohang, like Jeonbuk and Ulsan, are former winners of the Asian Champions League, but have not managed to match the dominance of their more successful peers in the years since landing the trophy in 2009.

Instead, Pohang's greatest achievements remain in the history books, having won the Asian Club Championship - the precursor to the Asian Champions League - in 1997 and 1998.

They take on Japan's sole remaining representative in the competition after Nagoya handed Daegu FC a 4-2 defeat in the last 16 to prevent an all-Korean line-up in the eastern half of the continental draw.

Jakub Swierczok hit a hat-trick to take Massimo Ficcadenti's team into the quarter-finals and the Polish striker remains the most likely route through which Nagoya will threaten Pohang.

On the western side of the draw, 2019 champions Al Hilal take on Persepolis in their quarter-final in Riyadh with the Iranians looking to finally land the trophy after a pair of recent near misses.

The Tehran-based club lost to Japan's Kashima Antlers in the 2018 final before slipping up last year as Ulsan took the trophy, and they now face the challenge of an Al Hilal side they have only defeated once in their last eight meetings.

Al Hilal, meanwhile, face the prospect of a semi-final clash with their bitter cross-Riyadh rivals Al Nassr, who take on Al Wahda of the United Arab Emirates in the remaining quarter-final.