Olympics-Beijing Games ready for Olympia flame but wary of protests 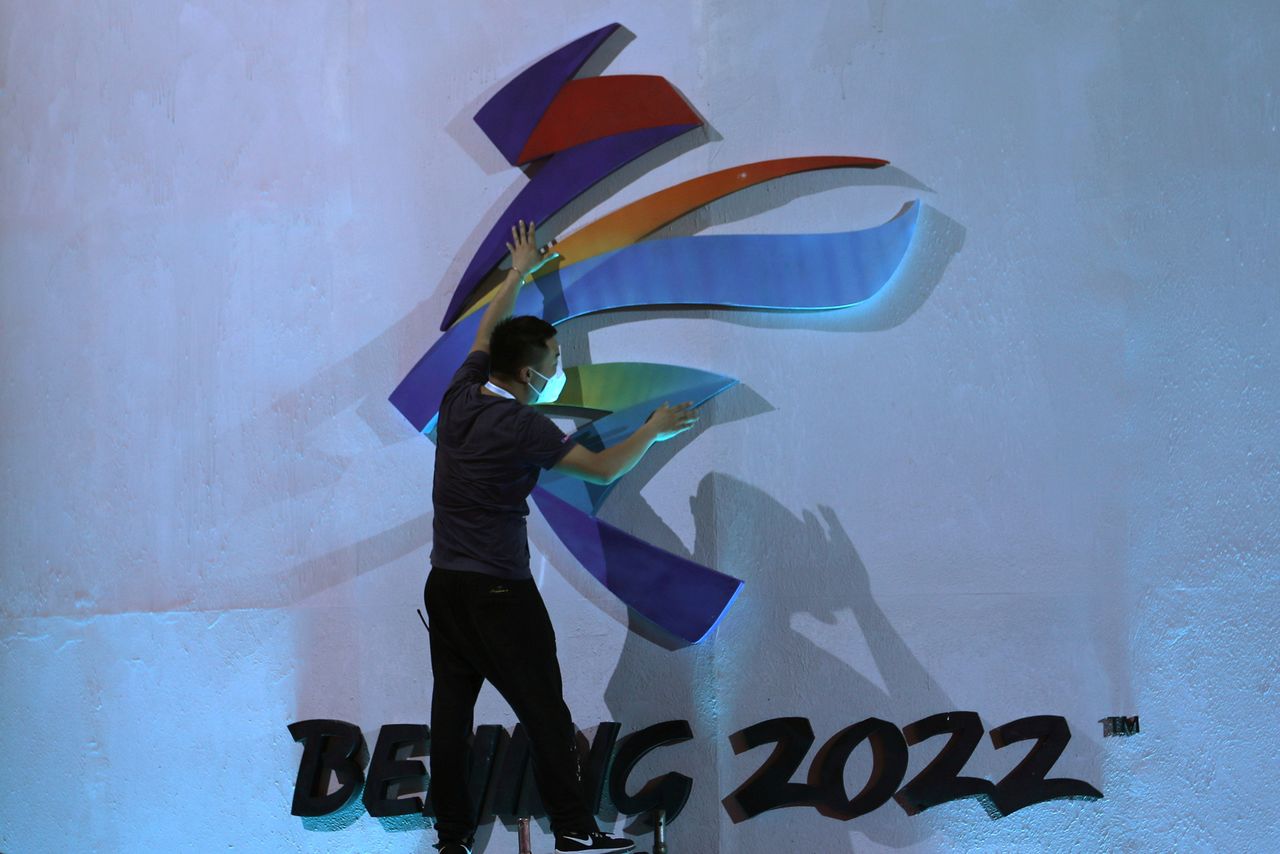 FILE PHOTO: A man adjusts an emblem of the Beijing 2022 Winter Olympic Games before a ceremony unveiling the slogan, in Beijing, China September 17, 2021. REUTERS/Tingshu Wang

ATHENS (Reuters) - The Beijing 2022 Winter Olympics will come into sharp focus with the ceremonial torch-lighting ceremony in Greece's ancient Olympia on Monday but opposition to the Games continues to grow more vocal.

The Chinese capital will become the first city to host both the Winter and Summer Games when it stages the Feb. 4-20 event but, as was the case with the 2008 Beijing Olympics, protests and calls for boycotts over the country's human rights record have marred the run-up.

Rights groups and U.S. lawmakers have called on the International Olympic Committee (IOC) to postpone the Games and relocate the event unless China ends what the United States deems ongoing genocide against Uyghurs and other Muslim minority groups.

Chinese authorities have been accused of facilitating forced labour by detaining around a million Uyghurs and other primarily Muslim minorities in camps since 2016.

Next week's ceremony in Olympia, the site of the ancient Games, will be held without spectators and only a limited media presence due to the COVID-19 pandemic.

The flame handover to Beijing Games organisers will take place in Athens a day later at an event also without spectators.

Hundreds of Greek police officers are expected to lock down the sleepy town in western Peloponnese for the weekend in a bid to ensure there are no disruptions to the ceremony.

For police, the lack of crowds will make it easier to safeguard the ceremonies, with authorities desperate to avoid a repeat of the protests during the torch-lighting ceremony for the Beijing Summer Games.

Back in 2008, Tibetan activists sneaked into the ancient site in Olympia, lighting their own torch before the official ceremony, upsetting Chinese organisers.

They then disrupted the relay start in Olympia, marking the beginning of months of international protests.

"There is heightened mobility of the Greek police regarding the Beijing torch lighting, especially compared to the Tokyo 2020 Olympics," a Greek official, speaking on condition of anonymity, told Reuters.

"The scenario of potential disruption is obviously being seriously considered by police."

Human rights groups, without revealing details, have told Reuters they will be present in Greece during the ceremonies to highlight China's human rights record and to call again on the IOC to stop the Games.

The IOC is also facing criticism for awarding two Olympics to China in a span of 14 years despite what rights groups say are no improvements in the human rights situation since the 2008 Games.

"The IOC's remit is to ensure that there is no human rights abuses in respect of the conduct of the Games within the National Olympic Committees or within the Olympic movement," he said.

"We have no ability to go into a country and tell them what to do. All we can do is to award the Olympics to a country, under conditions set out in a host contract ... and then ensure they are followed."