Factbox-Athletes yet to give a shot to COVID-19 vaccine 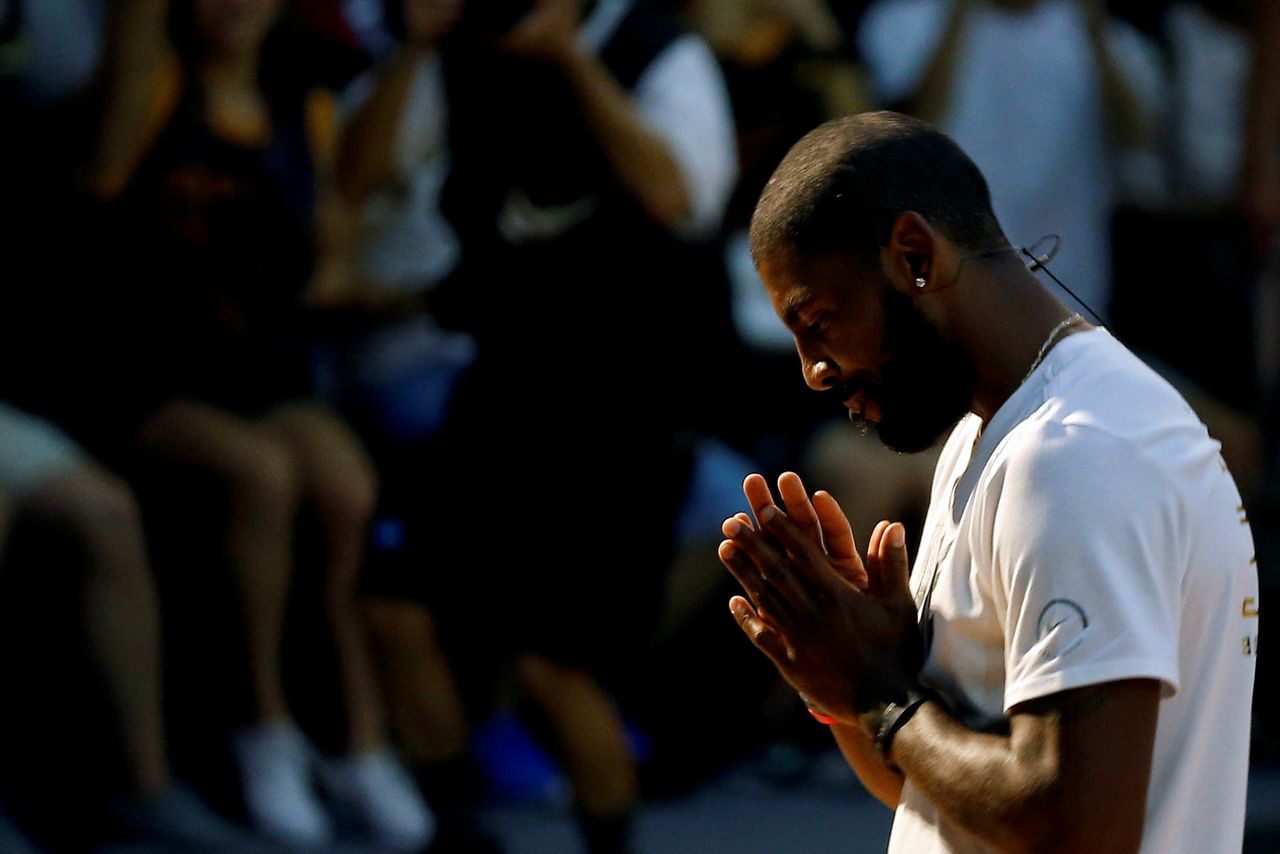 (Reuters) - As Tuesday's start of the National Basketball Association (NBA) season draws near, the vaccination status of some of its players is still unknown, fuelling the debate on professional athletes' scepticism about being inoculated against COVID-19.

While the National Football League (NFL) mandated vaccinations, other U.S. professional sports leagues like the NBA have put in place a list of restrictions that could result in players missing several games and losing pay.

In some other sports, no official policies on vaccines for players by their respective federations have been published yet, but unvaccinated players may face regional restrictions when travelling for tournaments and away games.

The following is a list of athletes by sport who said they would not have a shot, raised concerns about getting inoculated, or whose vaccination status is unknown, despite them facing potential restrictions:

Seven-time All-Star Kyrie Irving, who refused to reveal his vaccination status, will not be allowed to play or practice with the Brooklyn Nets until he is "eligible to be a full participant", the NBA franchise said, as a New York City mandate requires proof of having received at least the first dose of the vaccine to enter large indoor spaces such as gyms.

Golden State Warriors forward Andrew Wiggins received the COVID-19 vaccine after sparking criticism for refusing the shot and requesting a religious exemption for the choice.

Other players such as Denver Nuggets forward Michael Porter Jr, Washington Wizards' guard Bradley Beal and Orlando Magic forward Jonathan Isaac said they did not feel comfortable taking the vaccine and regarded the decision as a personal matter.

Beal, who missed the Tokyo Olympics after entering COVID-19 protocols, said he was still considering receiving the shot.

Several Buffalo Bills players are reportedly unvaccinated, including Gabriel Davis, Vernon Butler, and Star Lotulelei. Wide receiver Cole Beasley, who wrote on Twitter he has not received the jab, has cast doubts on the efficacy of wearing masks and the shot itself.

Other players across the league like Minnesota Vikings and Indianapolis Colts quarterbacks Kellen Mond and Carson Wentz are also reportedly unvaccinated and have claimed the decision was a personal thing, although both did not rule out taking the shot in the future.

Former Most Valuable Players (MVPs) Cam Newton and Lamar Jackson did not disclose their vaccination status, saying it was too personal an issue to discuss.

Rick Dennison was removed as the Vikings offensive line coach - and remained in the team as a senior offensive adviser - as he did not take the vaccine and could not have a religious or medical exemption.

Multiple players have reportedly said they were not vaccinated, including Boston Red Sox Chris Sale and Chicago Cubs Jason Heyward.

Anthony Rizzo of the Chicago Cubs expressed scepticism about the shot as he said in June he was taking time to see more data about its effects. Rizzo tested positive in August. [bit.ly/2YDv5SG]

The New York Islanders sent defenseman Bode Wilde on loan to a Swedish team after he reportedly refused to take the shot and wrote on Instagram his human rights were being violated as he could not join his team mates for practice.

World No. 1 ATP tennis player Novak Djokovic said in 2020 he was against inoculation, adding in March he hoped vaccinations for players competing on the ATP circuit would not become mandatory.

Earlier this month, Australia's Victoria state - where the season's first Grand Slam is due to take place in January with Djokovic set to defend the title - introduced a vaccine mandate for all professional athletes. It is not clear if athletes from overseas or other Australian states must also get the vaccine.

Third-ranked Stefanos Tsitsipas made headlines this summer when he said he would not receive the vaccine unless it was made mandatory by the ATP Tour, prompting a rebuke from Greek government officials. In October, he declined to say whether he had been vaccinated.

Russian world No. 2 Daniil Medvedev and No. 4 Alexander Zverev of Germany expressed scepticism about the shot, although their vaccination status remains unknown. [https://bit.ly/3iQQeiR]

In March, world WTA No. 7 Elina Svitolina and No. 2 Aryna Sabalenka aired concerns about how quickly the vaccines had been rolled out and said they would wait before deciding whether to get one.

England manager Gareth Southgate said last week he was not sure how many of his squad were vaccinated and that their decision on whether to have the jab might have been affected by conspiracy theories on social media.

The Manchester United and Newcastle United managers said some of their players had refused the jab, prompting the Premier League and British government to team up to make videos encouraging players to take the vaccine.

Other players contracted the virus after declining to be vaccinated, such as Arsenal midfielder Granit Xhaka and West Bromwich Albion forward Callum Robinson, while Everton midfielder Fabian Delph sparked controversy in July with an Instagram post suggesting the shot was not necessary for protection.[https://bit.ly/3oRO6eM]

Among MotoGP riders, Johann Zarco, who races for Pramac Ducati, said in April he was sceptical about the use of masks and the vaccine, refusing to be inoculated up to that moment.[https://bit.ly/2YG5cks]