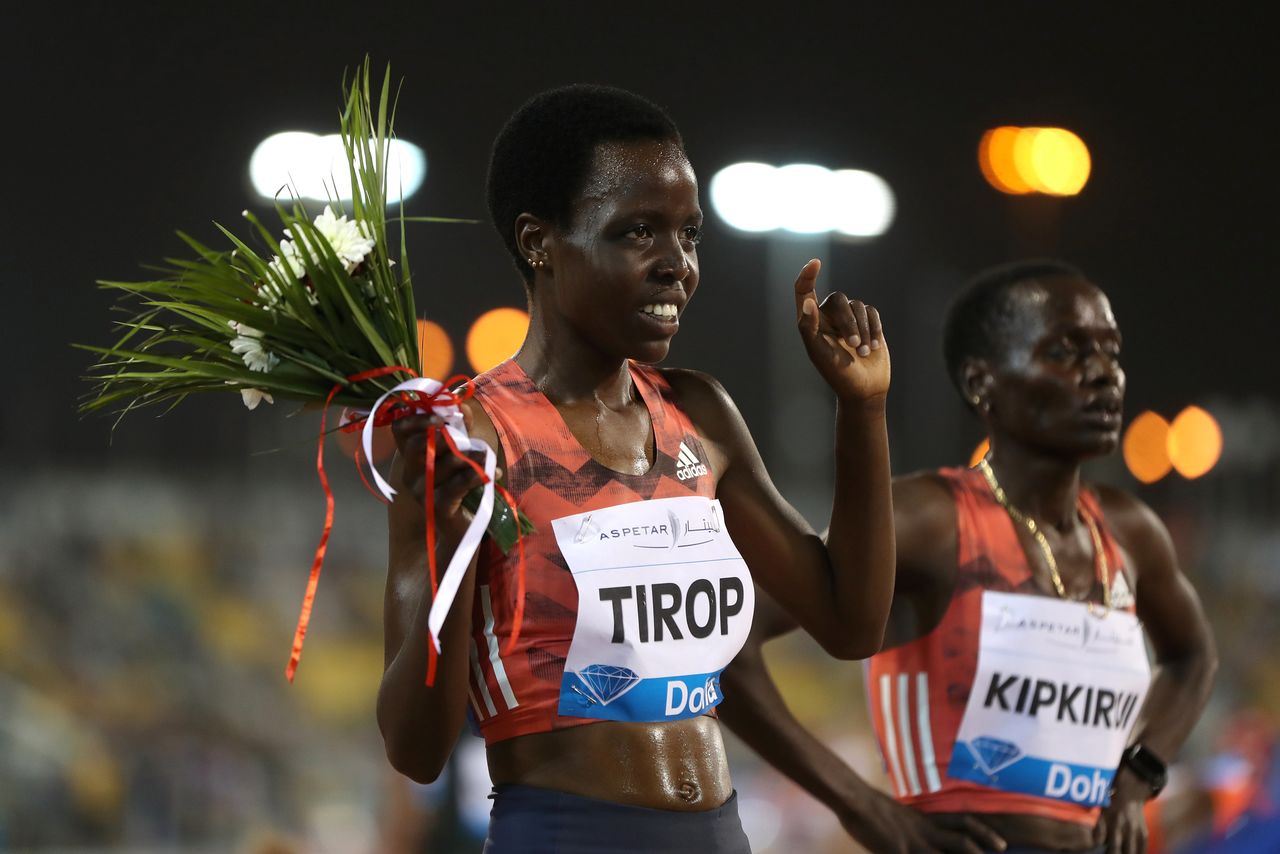 NAIROBI (Reuters) -Kenyan police said on Thursday they had arrested the husband of distance runner Agnes Tirop, a two-times World Championship bronze medallist who was found dead at her home.

Police said on Wednesday that Tirop appeared to have been stabbed in the neck with a knife.

The 25-year-old represented Kenya in the 5,000 metres at the Tokyo Olympics this year and finished fourth in the final.

Police said they had arrested Ibrahim Rotich in the coastal city of Mombasa, hours after pleading with him to surrender.

"The suspect has been arrested today evening and is in custody at Changamwe police station in Coast Region," Tom Makori, sub county police commander for Keiyo North, told Reuters by telephone.

"I can confirm now we have main suspect in our custody."

The Directorate of Criminal Investigations said on Twitter that Rotich was arrested after ramming his car into a lorry, saying he was trying to flee the country.

"The suspect is currently being grilled by detectives at Changamwe police station, for more details into the murder,

before being arraigned to answer to murder charges," the directorate said.

Last month, Tirop smashed the women-only 10km world record in Germany, crossing the line in 30:01 to shave 28 seconds from the previous record set by Morocco's Asmae Leghzaoui in 2002.

"Athletics has lost one of its brightest young stars in the most tragic circumstances," World Athletics President Sebastian Coe said in a statement late on Wednesday.

"I’m deeply shocked by the tragic death of Agnes Tirop, a young and bright talent. Her performances at the Olympic Games Tokyo 2020 gave hope and inspiration to so many people," International Olympic Committee President Thomas Bach said in comments posted on the Olympics Twitter account.

Television footage obtained by Reuters showed Tirop's distraught friends and relatives leaving her residence, while police officers used a cordon to keep away others who had come to inquire what had happened.

"The girl was so jovial, in fact we travelled with her to Nairobi the day that we were returning back home from Tokyo," Athletics Kenya representative Milka Chemwos said.

"Even on Monday at 4 p.m. I talked to her through the phone and we were to meet in town. So it (Tirop's death) has happened, it is unfortunate."