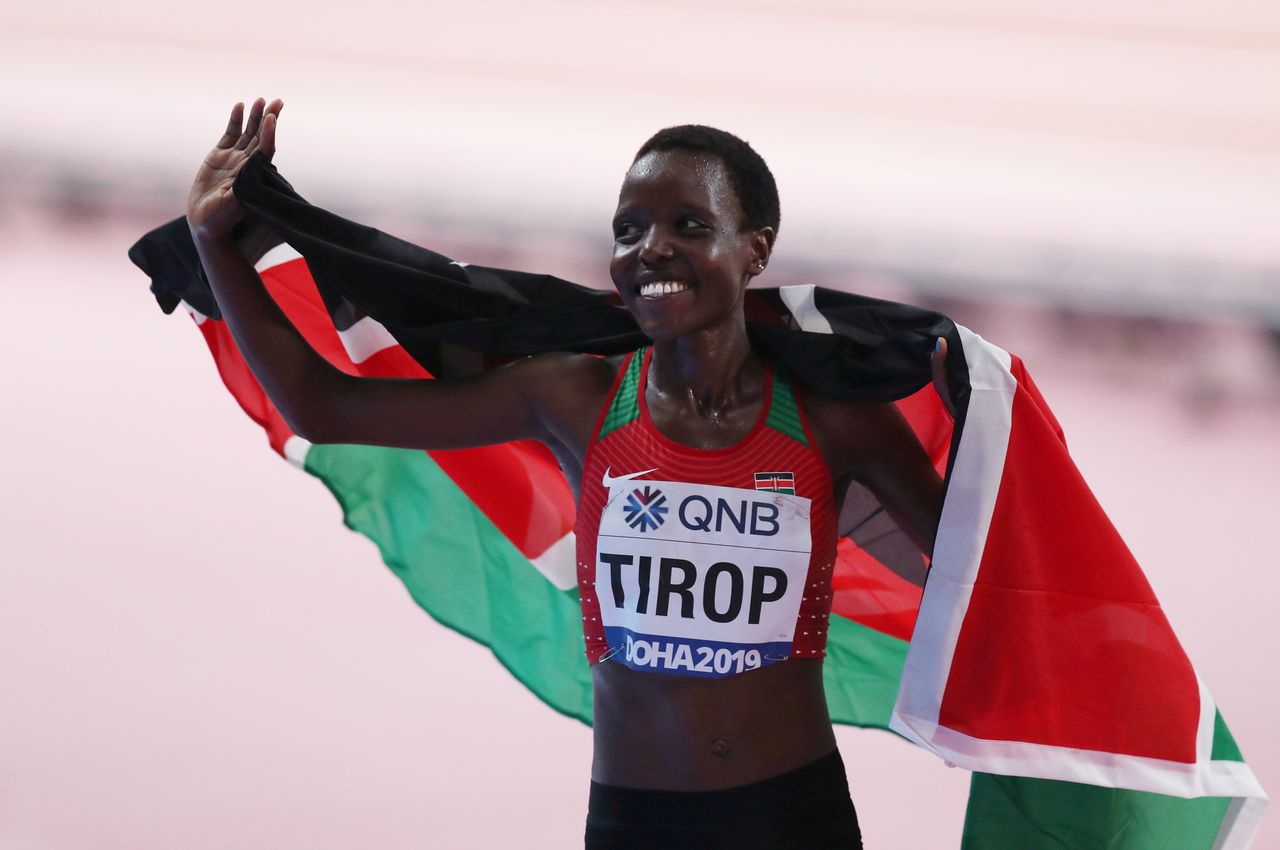 (Reuters) - Kenyan athletes Eunice Sum and Julius Yego led the tributes to compatriot Agnes Tirop who was found stabbed to death at her home in the town of Iten on Wednesday.

Local police said they were treating Tirop's husband as a suspect and have asked him to come forward.

Tirop, 25, finished fourth in the 5,000m at this year's Tokyo Olympics and won bronze medals at the 2017 and 2019 World Championships in the 10,000m. She was also a twice gold medallist at the World Cross Country Championships.

Yego, world javelin champion in 2015, described Tirop as an "amazing young girl" who was on her way to becoming one of the top athletes in the world.

"She wanted to be the best and it was only a few weeks ago that she broke the world record for the 10km. Her successful career was still being crafted but unfortunately, someone decided the whole story cannot be written," he told the BBC on Thursday.

"We just lost a great talent. She was such a strong woman and committed to what she was doing."

Sum, the 2013 world 800m champion, visited Tirop's home after the incident on Wednesday.

"Agnes was a jovial, ever-smiling lady... seeing her body was so hurtful for us. I hope Agnes gets justice. Rest in peace Agnes."

Hellen Obiri, who won silver in the 5,000m in Tokyo, also paid tribute to her long-time rival.

"It was shocking news to me that Agnes is no more. I have raced with Agnes in so many races -- recently in Tokyo. I was hoping Agnes would take over from me but it was an untimely death for her. May she rest in eternal peace," Obiri told the BBC.

(Reporting by Dhruv Munjal in Bengaluru, editing by Ed Osmond)