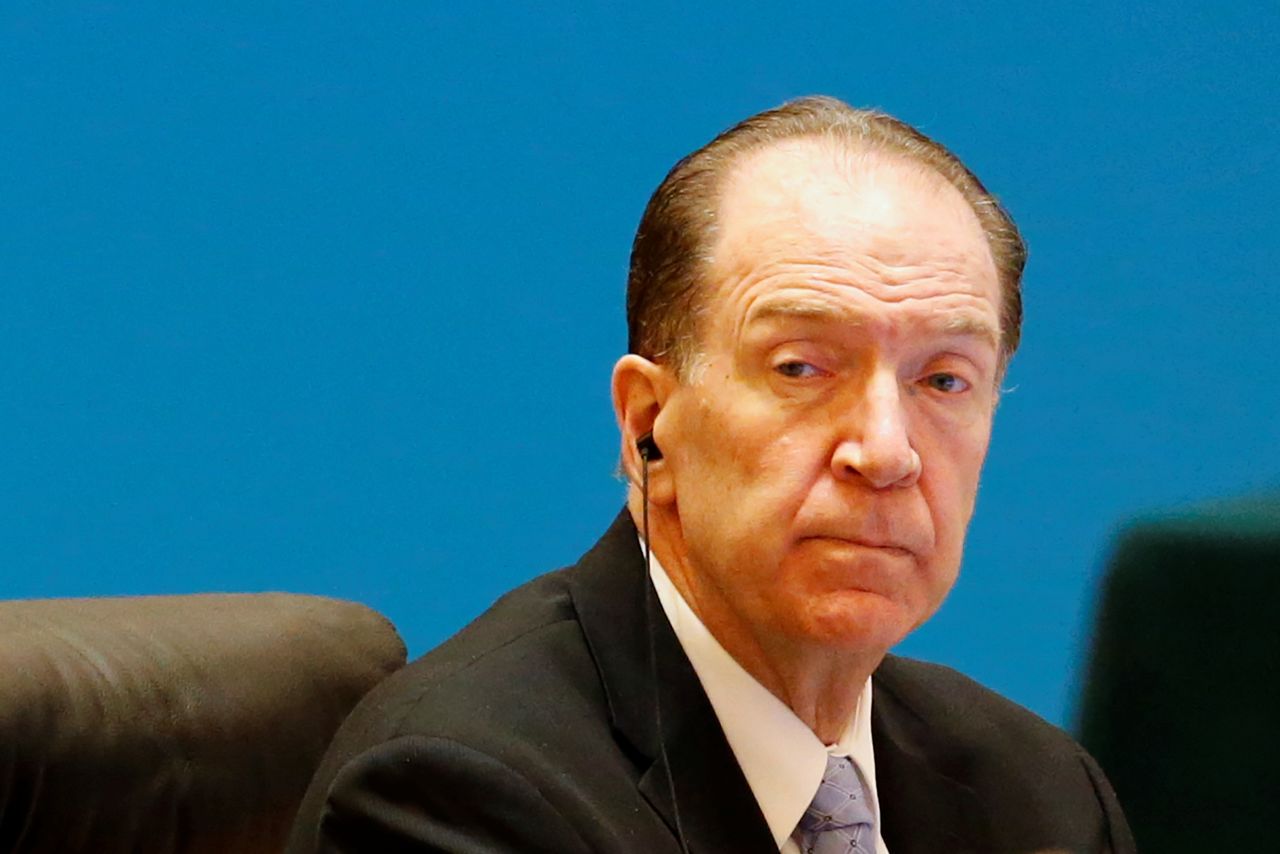 WASHINGTON (Reuters) -World Bank President David Malpass said on Thursday that he hoped China would increase its donation to the International Development Association fund for the poorest countries.

Malpass told the Bretton Woods Committee, a U.S.-based supporter group, he was reaching out to China, Russia, Turkey, Britain and other donor countries as the bank seeks to raise some $100 billion for the fund by the end of the year.

He said China's economy had grown and he was making the case that Beijing could boost its previous, already-generous donation to IDA, and Japan was also committed to a large contribution.

Malpass told the group the bank was seeking a U.S. congressional exemption that would allow IDA to offer securities on U.S. capital markets at more competitive rates.

No comment was immediately available from the Securities and Exchange Commission or the U.S. Treasury Department.

The exemption, proposed by the Treasury Department in its 2022 budget proposal to Congress, could save IDA hundreds of millions of dollars, said Whitney Debevoise, partner with the law firm Arnold & Porter and a former U.S. executive director at the World Bank.

Finance officials of the Group of 20 major economies on Wednesday said they looked forward to an ambitious replenishment of the fund.

Malpass on Monday embraced the $100 billion target previously set by African leaders, saying the funding was needed to address "tragic reversals" in development caused by the COVID-19 pandemic.

The multilateral development bank is forecasting global growth of 5.7% in 2021 and 4.4% in 2022, but Malpass said disparities between advanced economies and developing countries were worsening and had set back efforts to reduce extreme poverty by years, and in some cases decades.

(Reporting by Andrea ShalalEditing by Alistair Bell and Leslie Adler)