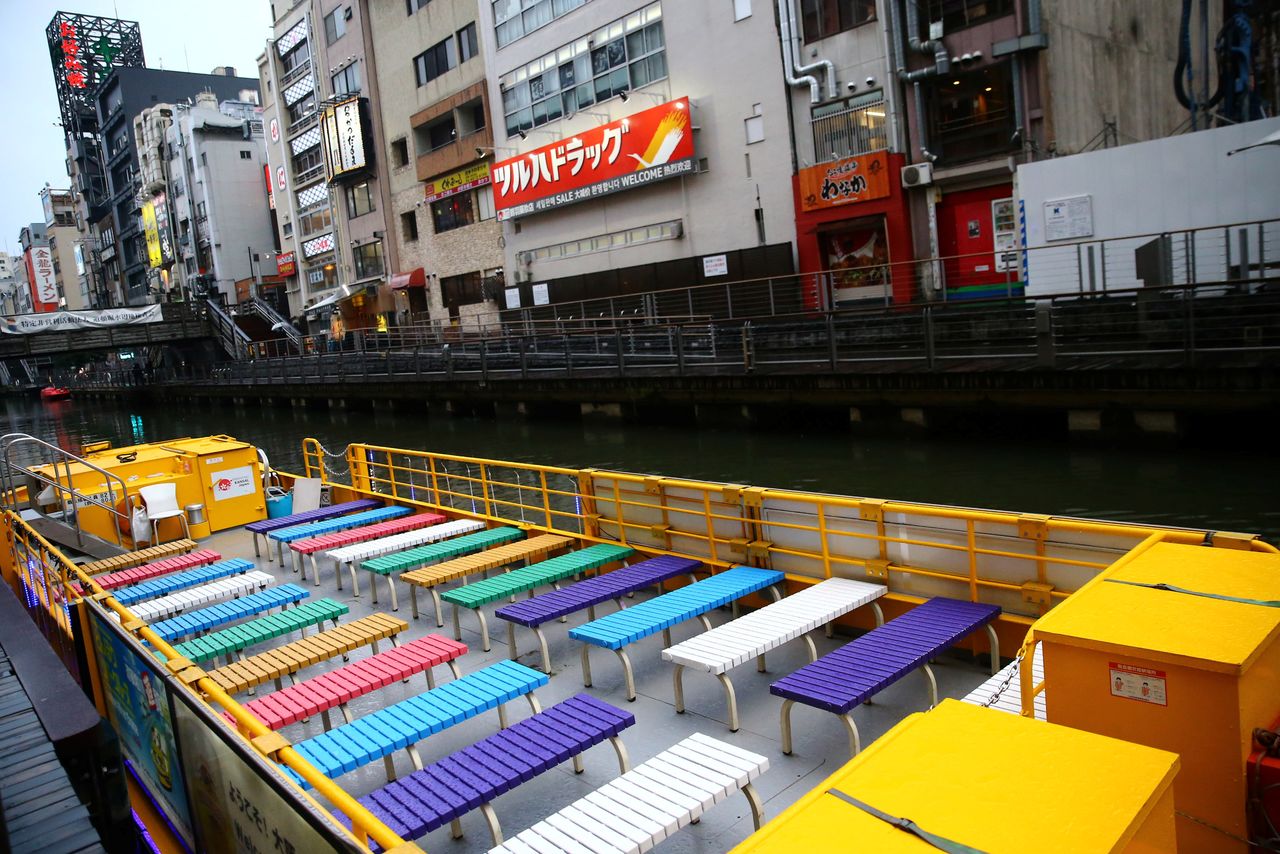 FILE PHOTO: A ship is pictured on an almost empty port in the Dotonbori amusement district of Osaka, Japan, March 14, 2020. REUTERS/Edgard Garrido

TOKYO (Reuters) - Japan slashed its view on exports in its October economic report for the first time in seven months as Asia-bound shipments of cars and electronic parts peaked out amid supply chain constraints and China's economic slowdown.

Yet the government maintained its overall economic assessment, pointing to signs of recovery in private consumption, especially in service spending, as a COVID-19 state of emergency was lifted thanks to a sharp fall in nationwide infection numbers.

"The economy continues to pick up but the pace of recovery is slowing," the government said in its monthly report released on Friday after approval by Prime Minister Fumio Kishida's cabinet.

On the outlook, the latest report put more emphasis on risks from supply chain-related issues than the spread of COVID-19 at home and overseas, warning of the need to "pay close attention" to the former.

Previously, the government downgraded its view on production in September, when a rapid surge in coronavirus cases disrupted auto plants in Southeast Asia.

"The effect of supply chain (issues) is now observable in exports, that's why it is downgraded this month," a government official told reporters before the cabinet approved the report.

The official cited tepid shipments of cars, electronics and other IT-related goods, as well as worries about a slowdown in China's economic recovery.

Authorities maintained their assessment of most key economic elements including business spending, corporate profits and employment. Public investment was downgraded based on falling construction orders.

The report came a day after Japan's new leader Kishida dissolved the lower house parliament to set the stage for the general election on Oct. 31.

Kishida's ruling party, which is expected to defend majority seats in the election, will likely compile a large stimulus package worth tens of trillions yen to firm up the nation's economic recovery from the pandemic.