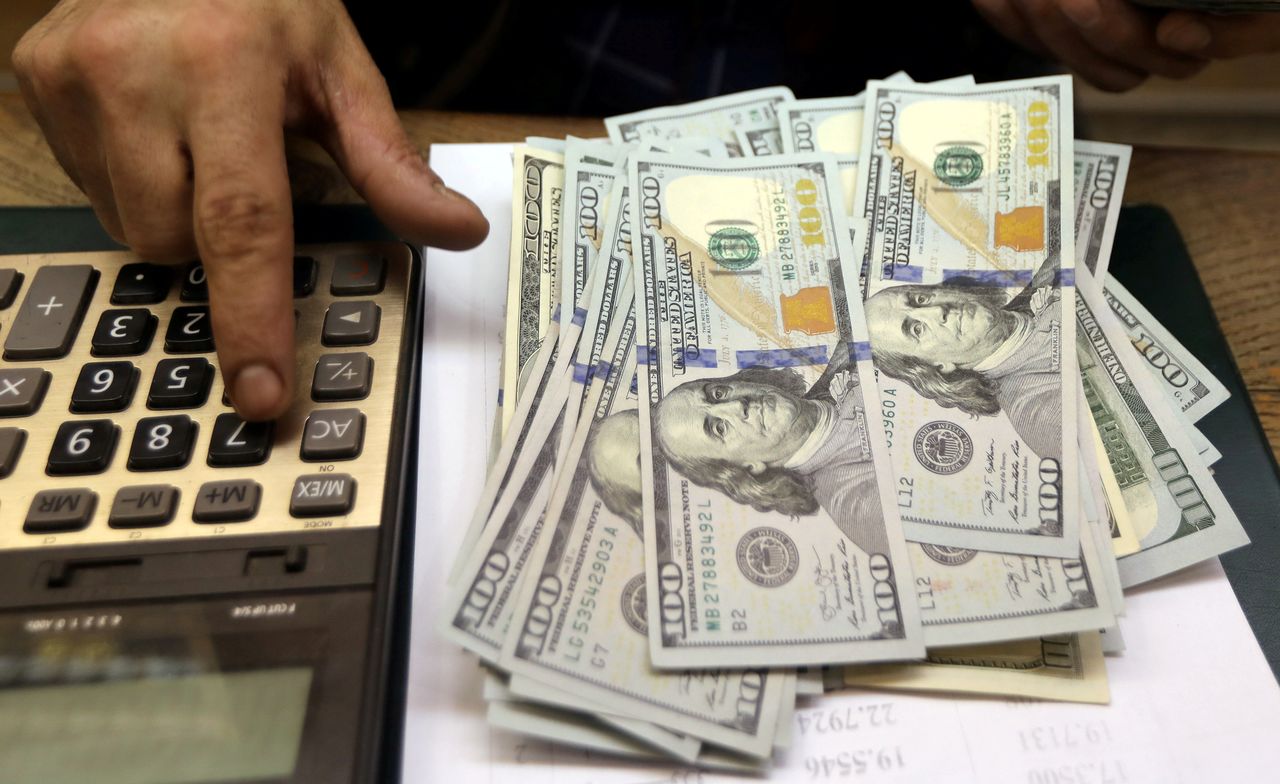 NEW YORK (Reuters) -The dollar edged lower against a basket of major currencies on Friday, on track to end its five-week winning streak, as global risk appetite rebounded, helping reduce demand for the safe-haven currency.

Global stock markets have rallied this week as fears about a stagflationary economy have been eased by forecast-beating corporate earnings in the United States.

"That's helping the high beta currencies like the pound, the euro and the Aussie, simply because the market is feeling much more positive," he said.

The dollar index initially firmed after the retail sales data, but then trended lower and was last down 0.106% at 93.941. The greenback was down 0.19% for the week, after having appreciated for the previous five weeks, and hitting a one-year high of 94.563 on Tuesday.

The big run-up in dollar strength, based on expectations that the U.S. Federal Reserve may begin hiking rates sooner than had been anticipated, may have been overblown, and the dollar is now consolidating, said Marc Chandler, chief market strategist at Bannockburn Global Forex.

"Next week will help clarify whether we are consolidating, and whether the consolidation is just like a breath that refreshes or is a prelude for a correction," he said.

The greenback had rallied against its major peers since early September on expectations the U.S. central bank would tighten monetary policy more quickly than previously expected amid an improving economy and surging energy prices.

Minutes of the Fed's September meeting confirmed this week that a tapering of stimulus is all but certain to start this year, although policymakers are sharply divided over inflation and what they should do about it.

Money markets are currently pricing in about 50/50 odds of a 25 basis point rate hike by July.

The Japanese yen was the biggest loser, dropping to as low as 114.46 yen per dollar, its weakest since October 2018. The yen is a safe-haven currency and has been knocked by the rebound in risk sentiment including in Asia. The dollar was last up 0.53% against the yen at 114.28 yen.

In cryptocurrency markets, the price of bitcoin topped $60,000 for the first time in six months and was not far from its record high on bets U.S. regulators will approve a bitcoin futures exchange traded fund.