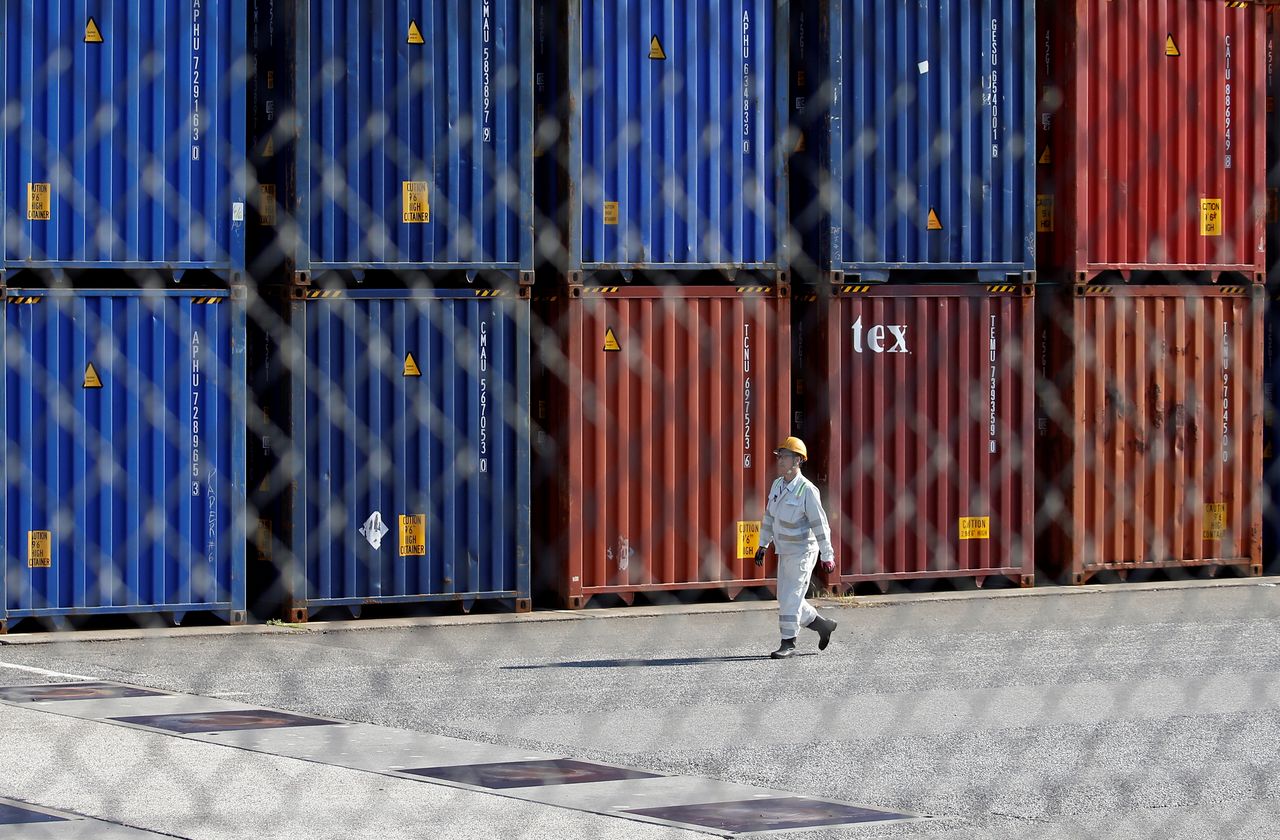 TOKYO (Reuters) - Japan's exports likely grew at the slowest pace in seven months in September while core consumer prices turned positive for the first time since early last year, a Reuters poll showed, in a sign of the evolving economic impact of the COVID-19 health crisis.

The mixed batch of data will likely highlight pressures Japan's export-reliant economy faces from a surge in global raw material prices as well as coronavirus-linked output and supply chain disruptions, which are clouding the overseas demand outlook.

Exports likely maintained double-digit growth, jumping 11.0% in September from a year earlier, according to analysts polled by Reuters, but that would mark the slowest pace of year-on-year growth since February.

"Export growth is slowing down due to cuts in automobile production stemming from supply constraints," economists at Shinkin Central Bank Research Institute said.

Imports likely surged 34.4% in September from a year earlier, largely thanks to rising energy and raw material costs, the poll showed.

Mainly reflecting higher energy and fuel costs, Japan's core consumer prices likely rose 0.1% year-on-year in September, their first rise since the country was in the early stages of the coronavirus pandemic in March 2020, according to the poll.

"As for the outlook, prices compared to the previous year are likely to keep increasing due to the rise in energy prices and taxes on tobacco, though cellphone fee cuts are likely to have a major impact," said Junpei Fujita, an economist at Mitsubishi UFJ Research and Consulting.