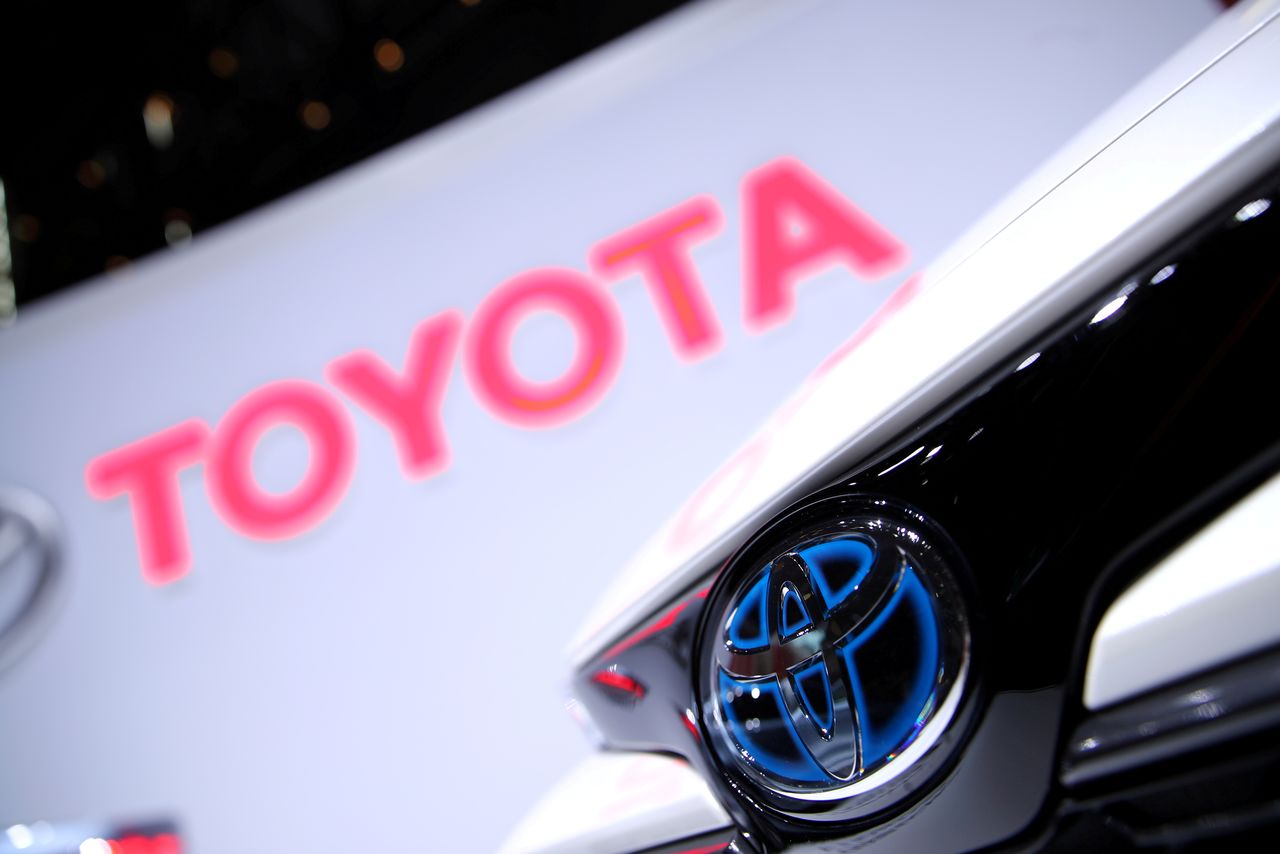 TOKYO (Reuters) -Toyota Motor Corp on Friday cut its planned global output for November by as much as 15% due to ongoing chip shortages, but indicated it would ramp up production from December by sticking to its latest full-year production target.

Japan's leading carmaker said in a press release it would produce between 100,000 and 150,000 fewer vehicles in November than it had planned for a month that was meant see a rebound in lost output.

That reduction comes after cuts in September and October as supplies of components from factories in Malaysia and Vietnam slowed because of increased COVID-19 infections there, forcing Toyota to trim its production target for the year to March 31 by 300,000 vehicles to 9 million.

On Friday, the company stuck to that forecast, meaning it will have to ramp up production for the remainder of the business year, relying on a decline in COVID-19 infection rates in Southeast Asia to allow chip factories to raise output.

"I can't predict what is going to happen, but I think we are through the worst period of lower production risks," Kazunari Kumakura, an executive at the world's biggest carmaker, said during an online briefing.

Toyota wants to restart curtailed production in December https://www.reuters.com/business/autos-transportation/toyota-aims-make-up-some-lost-production-supplies-rebound-sources-2021-10-12 and is asking its component suppliers in Southeast Asia to boost supplies so it can claw back some lost production, three sources familiar with the carmaker's plans told Reuters earlier.

The total reduction in production from September through November will be as much as 910,000 vehicles, a Toyota spokesperson said.

The Japanese carmaker, which had hardened its supply chain against disruptions after a major earthquake hit Japan's northeast coast in 2011, was the last of the major global automakers to cut production because of parts shortages even as demand for cars rebounded.

Car sales in China in September fell by a fifth from a year earlier because there were fewer vehicles for people to buy.

In addition to forcing chip factories to close, the pandemic has spurred stay-at-home demand for tablets and other electronic devices that has made semiconductors shortages worse.

Toyota is still seeing robust demand for its vehicles and therefore wants to raise production in December, Kumakura said.