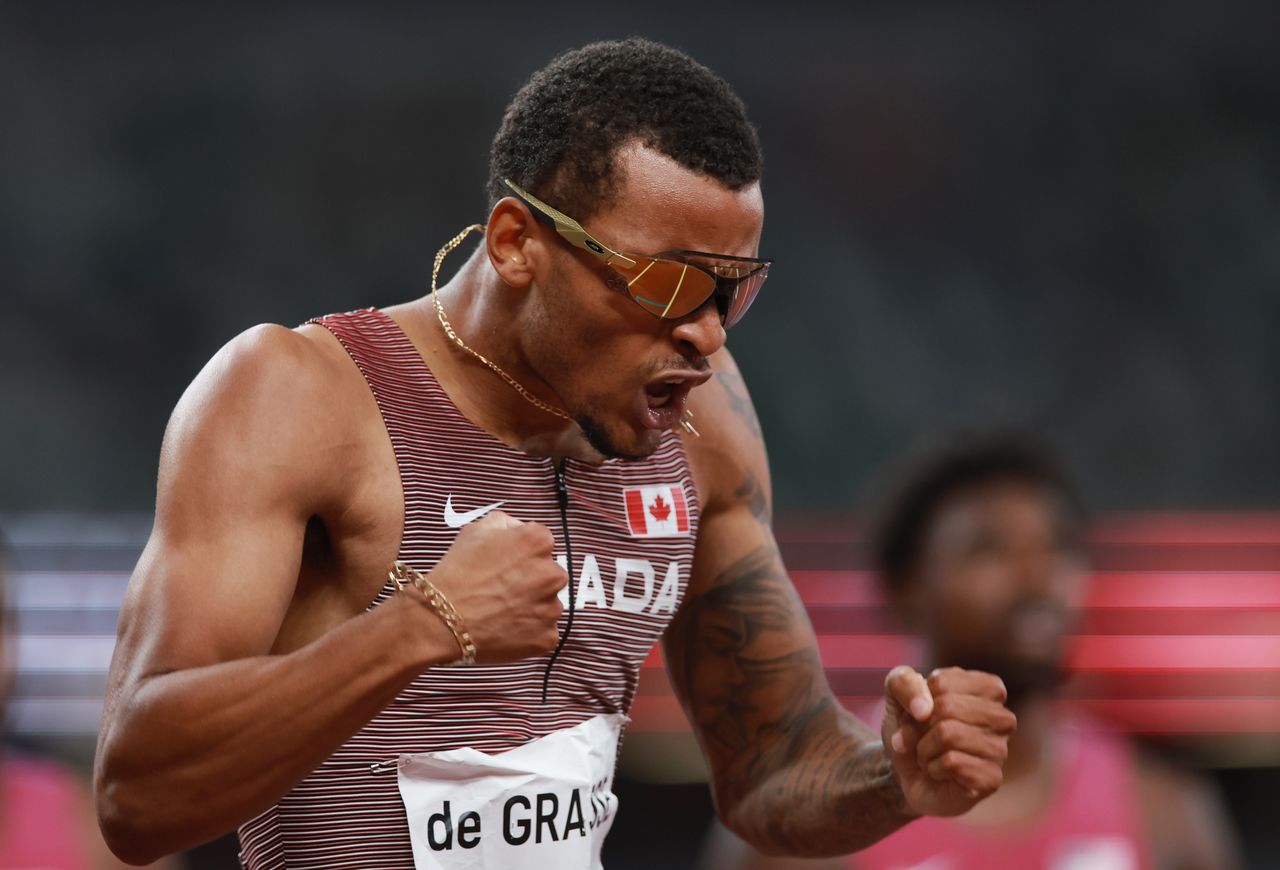 (Reuters) - Lamont Marcell Jacobs may be the 100 metres Olympic champion but Andre De Grasse is the man to watch and runner most likely to put his stamp on the men's sprints, says the world's fastest man Usain Bolt.

De Grasse took silver behind the Italian in Tokyo but the Canadian's consistency makes him the frontrunner to dominate the sprint scene, including next year's world championships which will be staged in the United States for the first time.

The Tokyo Olympic 200m title represents the only major gold on De Grasse's resume but the 26-year-old has been a medal machine at the big events collecting 10 Olympic and world championship medals.

DeGrasse has been on Bolt's radar since finishing runner-up to the Jamaican sprint king in the 100m at the 2016 Rio Games and now the Canadian may finally be ready to assume the throne.

"Andre De Grasse is more consistent any time he is in shape he is always on the podium," Bolt told Reuters. "So if that continues on this line he would be the guy to watch, or he will be the guy to beat.

"Everyone else has been up and down, win one meet lose the next and it is all about consistency."

Since Bolt, an eight-time Olympic champion, left the sport no one has been able to fill the void left by the charismatic Jamaican on the track or off it.

Jacobs shot from relative sprinting obscurity in Tokyo to snatch the 100m crown Bolt had worn for three Games (2008, 2012, 2016) while Americans Justin Gatlin and Christian Coleman won the last two world titles that had been the Jamaican's property.

Bolt's departure has resulted in a revolving door at the top of the podium and left the sport without a marquee personality that casual fans can grab onto.

More than four years after his last race in 2017, athletics is still searching for that one crossover star.

Asked if there was anyone out there ready to assume that responsibility Bolt said "not yet", adding that it doesn't need to be a sprinter.

"It's always good to have one person that really stands out who pulls people to the sport," said Bolt, who launched his newest project on Friday, Labs powered by SprintRay, an initiative focused on expanding global access to dental care.

"For me the opportunity is there for anyone, not just in sprints but for anyone in any event whether it is long jump or shot put just bring a little personality to the sport and show up and perform at a high level so the people will be excited to watch the sport of track and field."

Nowhere will that be more important than next year's world championships in Eugene, Oregon with athletics eager to raise the sport's profile in North American market where it remains a niche sport.

"The U.S. is one of those places where track and field is not that big," said Bolt. "So the fact we have brought it to the U.S. now is very important for the athletes to perform and to really get eyes on the sport.

"For me I would love to be part of it. No matter what is going on I will be there."