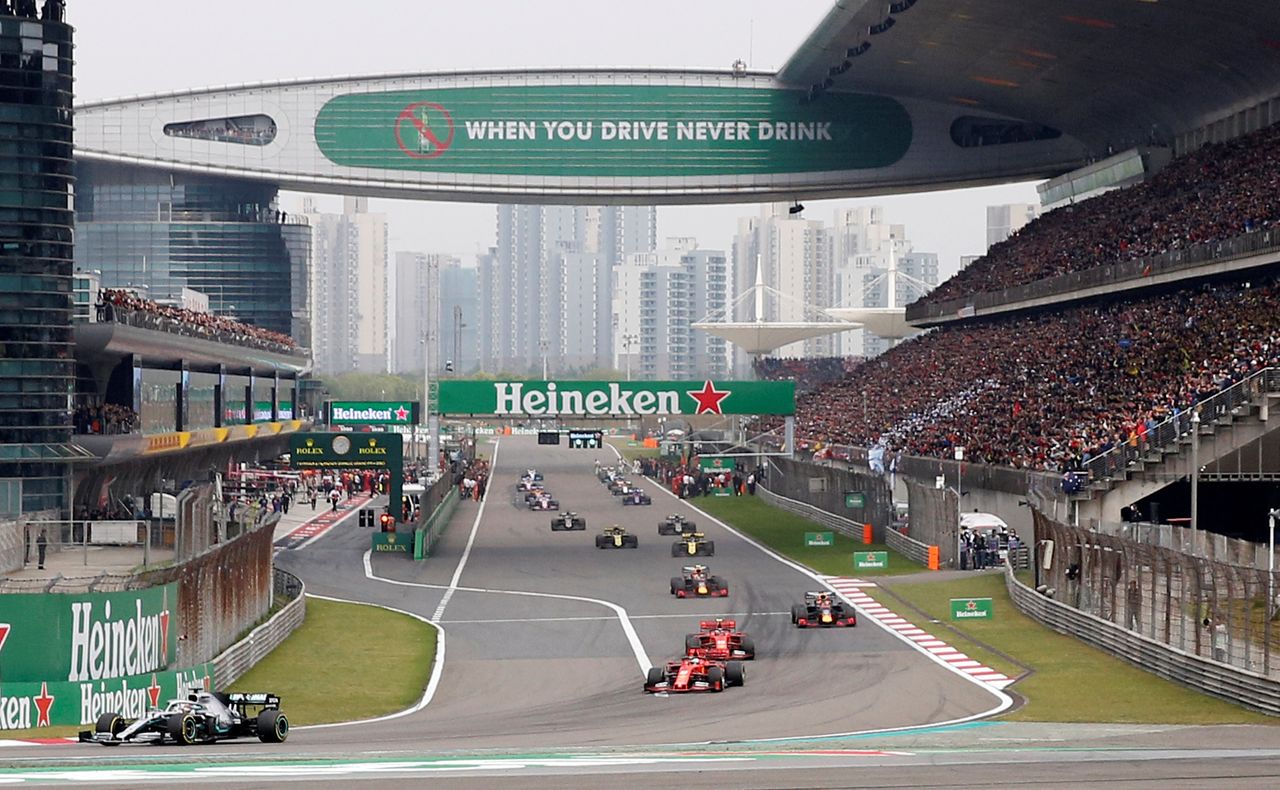 LONDON (Reuters) - Formula One's governing body approved a record 23-race calendar for 2022 on Friday, with the Chinese Grand Prix in Shanghai missing for the third year in a row due to the COVID-19 pandemic.

Races in Australia, Singapore, Canada and Japan -- all cancelled for the past two seasons -- were included in a season that marks the start of a new era for the sport with a major regulation change.

"Due to ongoing pandemic conditions, China will not be included on the 2022 calendar. China will be restored to the calendar as soon as conditions allow," Formula One said in a statement.

The season will start at Bahrain's Sakhir circuit on March 20 and end at Abu Dhabi's Yas Marina on Nov. 20, the championship's earliest finish since 2010.

Formula One is keen to avoid a clash with the soccer World Cup which kicks off in Qatar in late November.

The Miami Grand Prix on May 8 will be the sport's sole new race for 2022, providing a second round in the United States. The U.S. Grand Prix in Austin, Texas, is on Oct. 23.

This year was also supposed to have 23 races but ended up with 22, using Turkey's Istanbul Park and Portugal's Portimao circuits as stand-ins to fill gaps left by cancellations while Saudi Arabia and Qatar debut.

Six races next year are expected to be under a new Sprint format trialled this year at Silverstone and Monza with a third to come at Interlagos in Brazil next month.