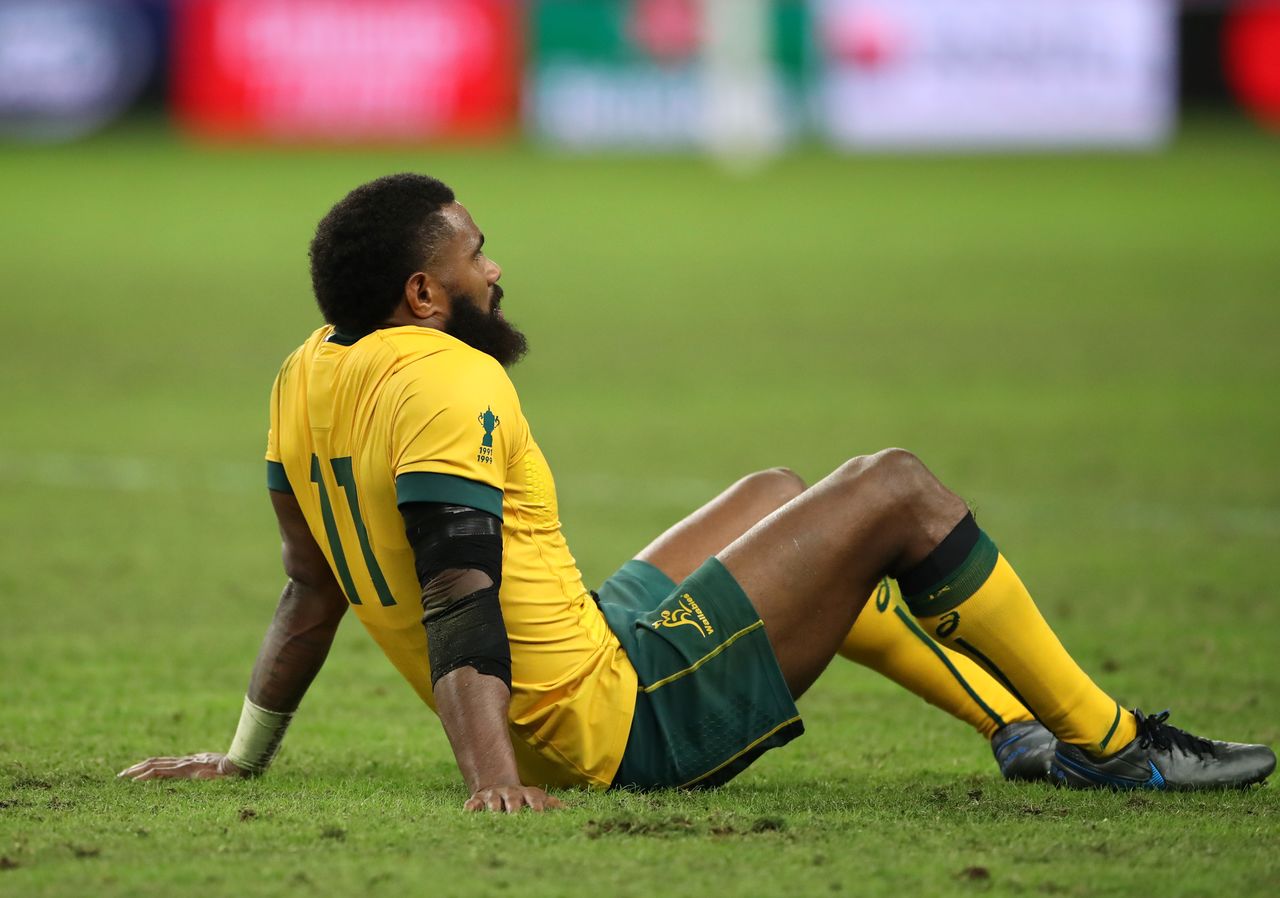 SYDNEY (Reuters) - Winger Marika Koroibete has withdrawn from the Wallabies squad for the end-of-year tour to remain in Australia with his young family, coach Dave Rennie said on Sunday.

Uncapped Melbourne Rebels prop Pone Fa'amausili will also miss the tour, which includes tests against Japan, Scotland, England and Wales, because of a calf injury he sustained in training last week.

Fiji-born back Koroibete missed Australia's last test of the Rugby Championship to return home to his wife after the birth of their third son, but has otherwise been one of the first names on the team sheet for the last four seasons.

"We've been discussing this for a while ... COVID's thrown a lot of curveballs at all of us, and Marika's been away from home for a long time," Rennie told reporters from Oita, where the Wallabies are preparing to play Japan next Saturday.

His wife "Emma's pretty isolated down there, they've got a newborn baby and there's a couple of other boys, so based on those situations, Marika's chosen not to tour."

The backline powerhouse, who has played 42 tests since making his debut in 2017, has signed a four-year deal to play for the Saitama Knights in Japan from next year.

Under Rugby Australia's "Giteau law https://www.reuters.com/article/uk-rugby-union-australia-eligibility-idUKKBN2GY0LX", he will be ineligible to play for the Wallabies from next season unless Rennie is granted special dispensation to call him up.

Neither Koroibete nor Fa'amausili would be replaced in the squad until the Wallabies arrived in Europe, Rennie said.

Jordan Petaia replaced Koroibete on the left wing in the final match of the Rugby Championship on the Gold Coast earlier this month, which Australia won to extend their winning streak to four tests.

"Marika's an unbelievable player, massive work ethic and physicality so big shoes to fill, but we've got good depth" in that position, said Rennie.