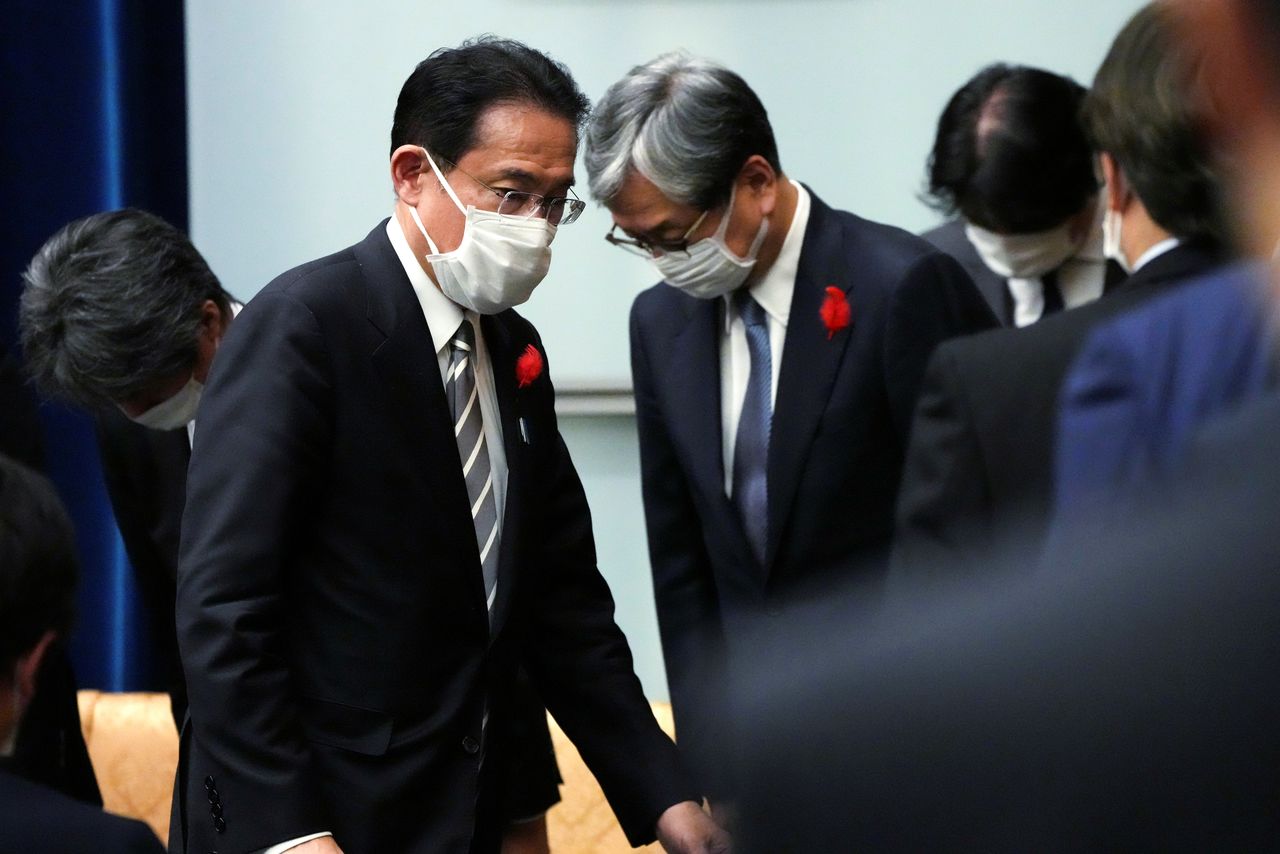 Kishida was following the example of previous Japanese leaders, who have refrained from visiting in person during the spring and autumn festivals or on the anniversary of Japan's World War Two surrender to avoid angering China and South Korea.

The shrine, in Tokyo, is seen by Beijing and Seoul as a symbol of Japan's past military aggression because it honours 14 Japanese wartime leaders convicted as war criminals by an Allied tribunal as well as some 2.5 million war dead.

Kishida, who as the new leader of the ruling Liberal Democratic Party took over the premiership earlier this month, called a national election on Oct. 31, and his stance towards Japan's neighbours is being closely watched.

The last time an acting Japanese prime minister visited the shrine was in 2013. That visit by then Prime Minister Shinzo Abe sparked outrage in South Korea and China and an expression of "disappointment" from the United States.

Kishida's immediate predecessor, Yoshihide Suga, visited the shrine on Sunday, Kyodo reported, and Abe has also gone in person since stepping down.

A South Korean foreign ministry spokesperson said there is "deep disappointment and regret that Japan's responsible leaders made offerings or repeated visits to the Yasukuni Shrine, which glorified Japan's past wars of aggression and enshrined war criminals."

"The Korean government urges Japan's responsible people to face history with the inauguration of the new cabinet, and to show humble reflection and genuine reflection on the past through action," the spokesperson continued.

(Reporting by Sam Nussey in Tokyo and Cynthia Kim in Seoul; Editing by Simon Cameron-Moore)