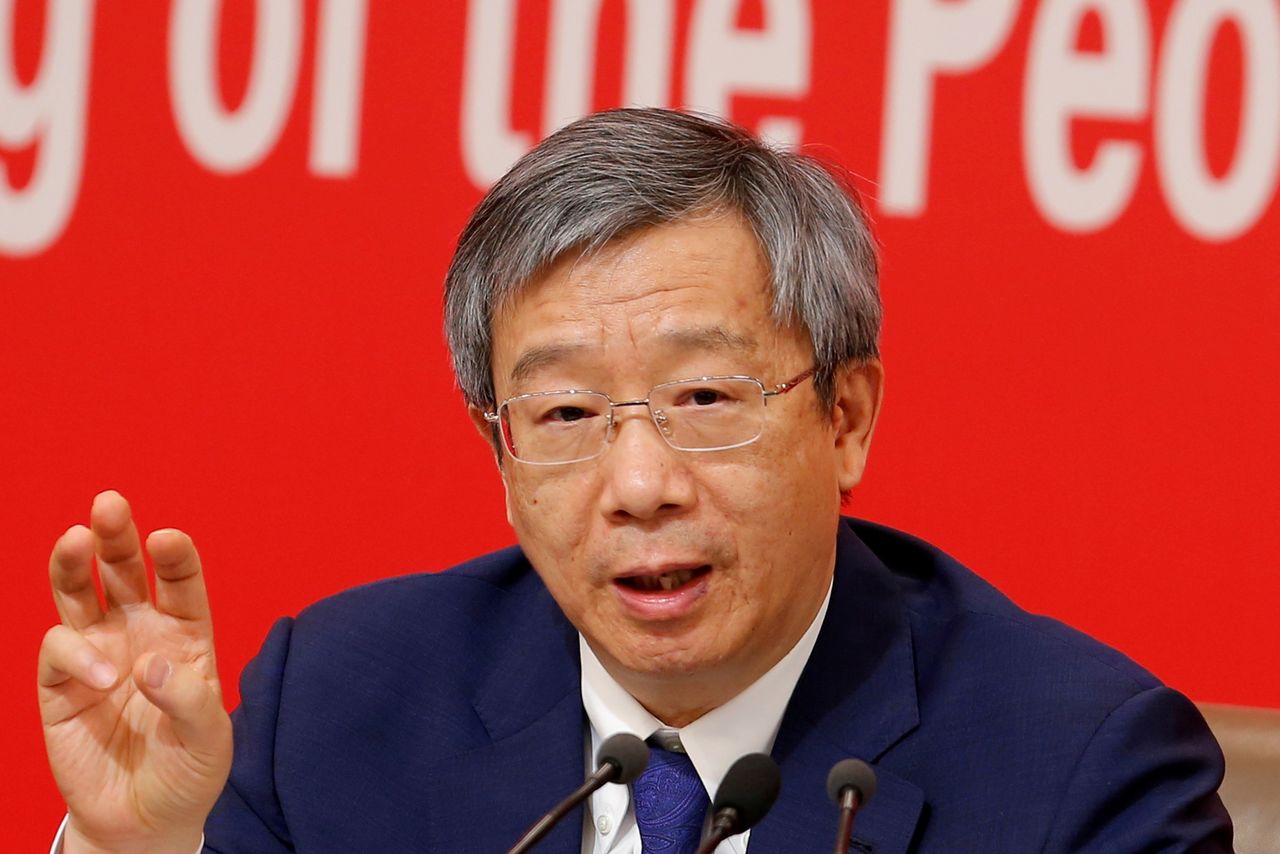 (Reuters) -China's economy is "doing well", but faces challenges such as default risks for certain firms due to "mismanagement", the People's Bank of China Governor Yi Gang said on Sunday.

Concerns have grown in recent weeks over the possible collapse of property developer China Evergrande Group, which has more than $300 billion in liabilities and has missed three rounds of interest payments on its dollar bonds.

As the company wrestles with its debt, worries about a possible spillover of credit risk from China's property sector into the broader economy have intensified.

Yi Gang said default risks for some firms and operational difficulties of small and mid-sized banks are among the challenges for China's economy, and that authorities are keeping a close eye "so they do not become systematic risks".

While growth has moderated due to a sporadic rise in coronavirus infections, China's economy is expected to grow 8% this year, Yi said at an online meeting of the Group of 30 International Banking Seminar, which coincides with the annual meetings of the International Monetary Fund and World Bank.

Authorities will first try to prevent problems at Evergrande from spreading to other real estate companies to avoid a broader systematic risk, he added.

The rumbling crisis at Evergrande and other major homebuilders drove debt market risk premiums on weaker Chinese firms to a record high last week and triggered a fresh round of credit rating downgrades.

"The interest of creditors and shareholders will be fully respected strictly in accordance to law," Yi said. "The law has clearly indicated the seniority of liabilities."

Authorities will give the highest priority to the protection of consumers and home buyers, while respecting the rights of creditors and shareholders, he said.

The PBOC was taking various steps to fend off financial risks, such as replenishing capital for small and midsize banks, Yi Gang said.

The world's second-largest economy has staged an impressive rebound from the pandemic but there are signs the recovery is losing steam.

"Economic growth has been slowed down a little bit, but the trajectory of economic recovery remains unchanged," he said.

On the development of digital yuan, Yi Gang said the PBOC will focus on its domestic and retail use as cross-border and international usage was "a little bit complicated" due to requirements over issues such as money laundering.

"We will closely cooperate with the central bank community," he said, adding that using digital yuan as a tool to promote China's Belt and Road initiative was "not our priority at this point".

(Reporting by Leika Kihara in Tokyo; Editing by Jan Harvey)