TOKYO (Reuters) -Japanese Prime Minister Fumio Kishida said on Monday his plan to create a government agency to better fight infectious diseases has not changed but it may not come into existence before the pandemic is over.

While running for the ruling Liberal Democratic Party's (LDP) leadership last month, Kishida floated a plan to establish a health crisis management agency, but the idea has not made it to a list of LDP's key policies announced ahead of the lower house election set for Oct. 31.

"I have not withdrawn the (idea of the) health crisis management agency," Kishida said at a public debate with eight other party leaders.

"It's up to the coronavirus situation whether this command centre can be created in time for the current crisis. But in this era of infectious diseases, it is important to have such command tower-like function ready."

As the new LDP leader, Kishida took over the premiership earlier this month from Yoshihide Suga, who had become deeply unpopular as he struggled to contain a fifth wave of coronavirus infections.

On the LDP's proposed policy of doubling Japan's defence spending to two percent of gross domestic product, Kishida said that target is not a foregone conclusion.

"The security environment is drastically changing ... The time has come to think hard about what needs to be done to protect the people's lives and livelihoods ... The actual budget only comes later," he said.

Natsuo Yamaguchi, head of the LDP's junior coalition partner Komeito, on Friday raised doubt over the LDP policy, saying the public would not support such an increase when so many areas of social welfare need resources.

Asked about the possibility of acquiring capability to strike enemy bases, Kishida reiterated that it is worth looking into as one option, with North Korea arming itself with hundreds of missiles that can reach Japan.

On minority rights and women's empowerment, Kishida turned out to be the only one at the debate who did not support submitting bills to parliament next year to allow married couples to keep separate surnames and to promote the public's understanding of LGBT (lesbian, gay, bisexual and transgender) issues.

"As politicians, we need to examine carefully first to see where ordinary citizens stand on the issue of allowing married couples to have separate surnames," Kishida said.

Japan's largest opposition, the Constitutional Democratic Party of Japan (CDPJ), stands for rights including supporting same-sex marriage and different surnames for couples, marking out differences with the LDP ahead of the election.

Although the ruling bloc is unlikely to lose its lower house majority and hence its grip on power, big losses would make it more likely that Kishida ends up being another short-term premier.

The LDP and Komeito aim to jointly win a simple majority in the election. They held nearly two-thirds of the seats in the lower house which was dissolved on Thursday. 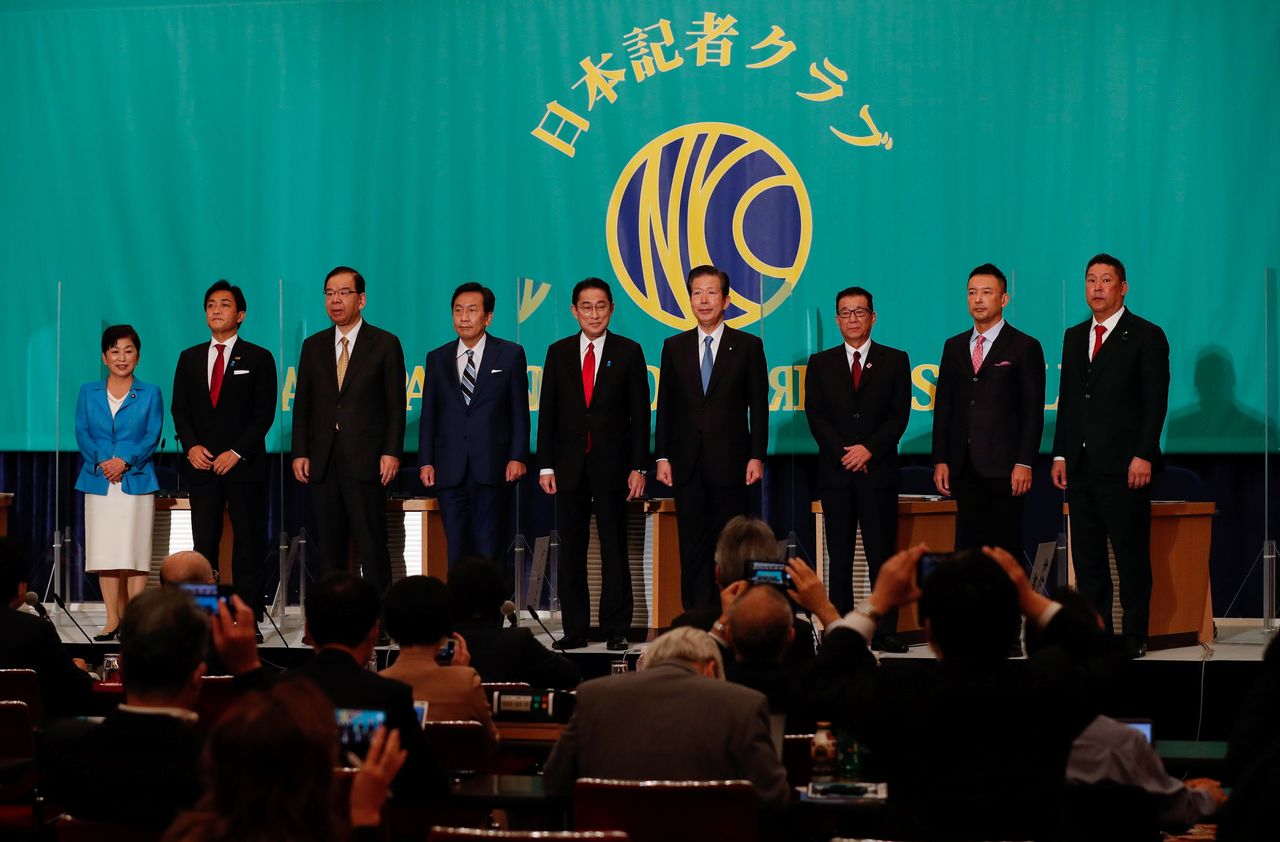 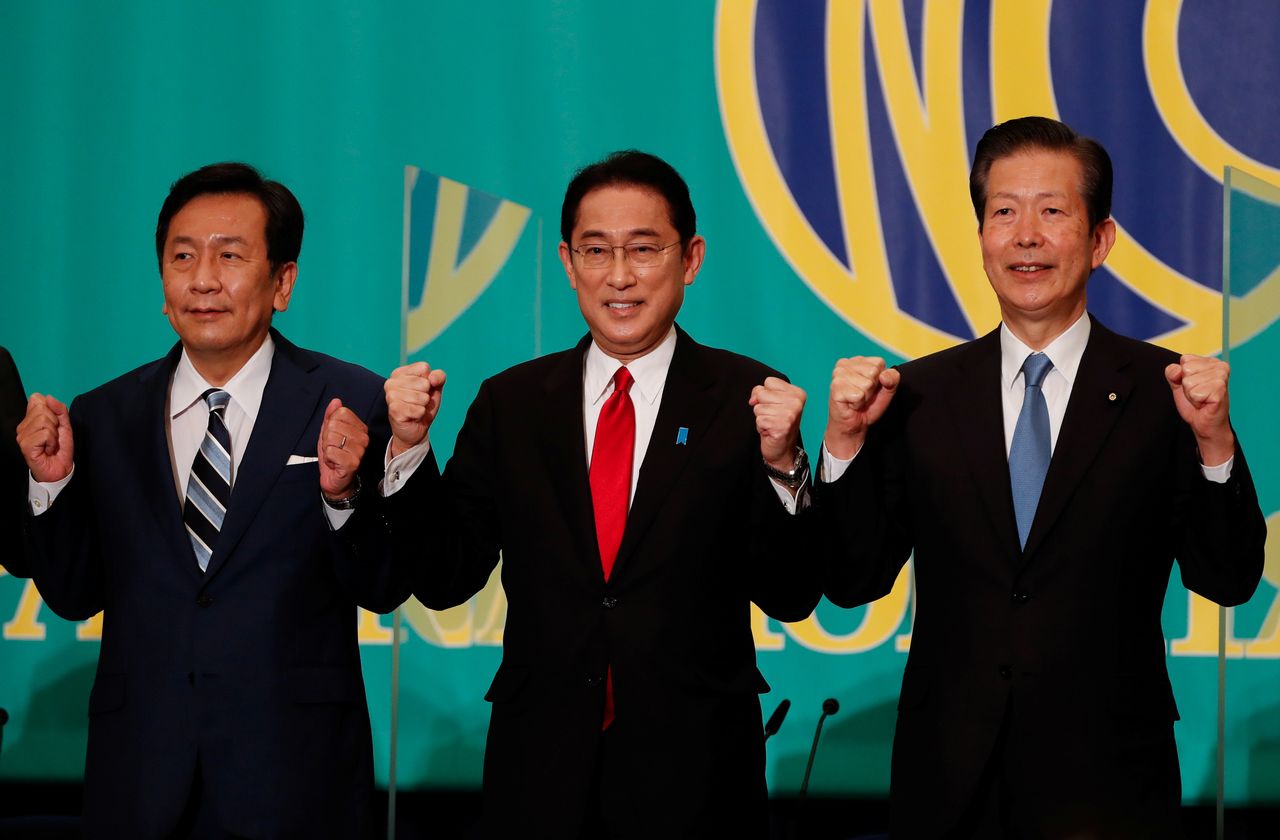