TOKYO (Reuters) - Bitcoin hovered near six-month highs on Monday in anticipation of the listing of the first futures-based bitcoin exchange-traded funds (ETF) in the United States, which investors hope will boost cryptocurrency trading volumes.

If the U.S. Securities and Exchange Commission (SEC) does not object, the ProShares Bitcoin Strategy ETF completes a 75-day period since the fund manager filed plans and could begin trading on Tuesday.

Other fund managers could list bitcoin ETFs in the coming days and weeks, and that could lead to wider investment in digital assets.

Ether, another popular token used on the Ethereum blockchain, was traded around $3,866 and has been rising in tandem with bitcoin since mid-September.

"The news of a suite of futures-tracking ETFs is not new to those following the space closely, and to many this is a step forward but not the game-changer that some are sensing," said Chris Weston, head of research at Pepperstone in Melbourne, Australia.

"We've been excited by a spot ETF before, and this may need more work on the regulation front."

Among fund managers who have applied to launch bitcoin ETFs in the United States are the VanEck Bitcoin Trust, ProShares, Invesco, Valkyrie and Galaxy Digital Funds.

The Nasdaq on Friday approved the listing of the Valkyrie Bitcoin Strategy ETF. Grayscale, the world's largest digital currency manager, is planning to convert its flagship product, the Grayscale Bitcoin Trust into a spot bitcoin ETF, CNBC reported on Sunday.

After months of back-and-forth between the SEC and potential bitcoin futures ETF issuers, the regulator appears prepared to greenlight a handful of filings that would open the door to wider access to cryptocurrencies for retail and institutional investors alike.

Under the rule sets used by the ETF issuers, the SEC does not have to give explicit approval to the ETFs, which can be launched at the end of a 75-day period if the U.S. regulator has no objections.

Cryptocurrency investors expect the approval of the first U.S. bitcoin ETF to trigger an influx of money from institutional players who cannot invest in digital coins at the moment.

Rising global inflation worries have also increased appetite for bitcoin, which is in limited supply, in contrast to the ample amount of currencies issued by central banks in recent years as monetary authorities print money to stimulate their economies.

"Unlike its previous rallies, there doesn't seem to be much of exuberance in the market. A growing number of investors started to think inflation may not be temporary and it is possible that bitcoin is getting chosen as a hedge against inflation," said Makoto Sakumra, researcher at NLI Research Institute.

(Reporting by Hideyuki Sano in Tokyo and Tom Westbrook in Singapore; Editing by Vidya Ranganathan and Sam Holmes) 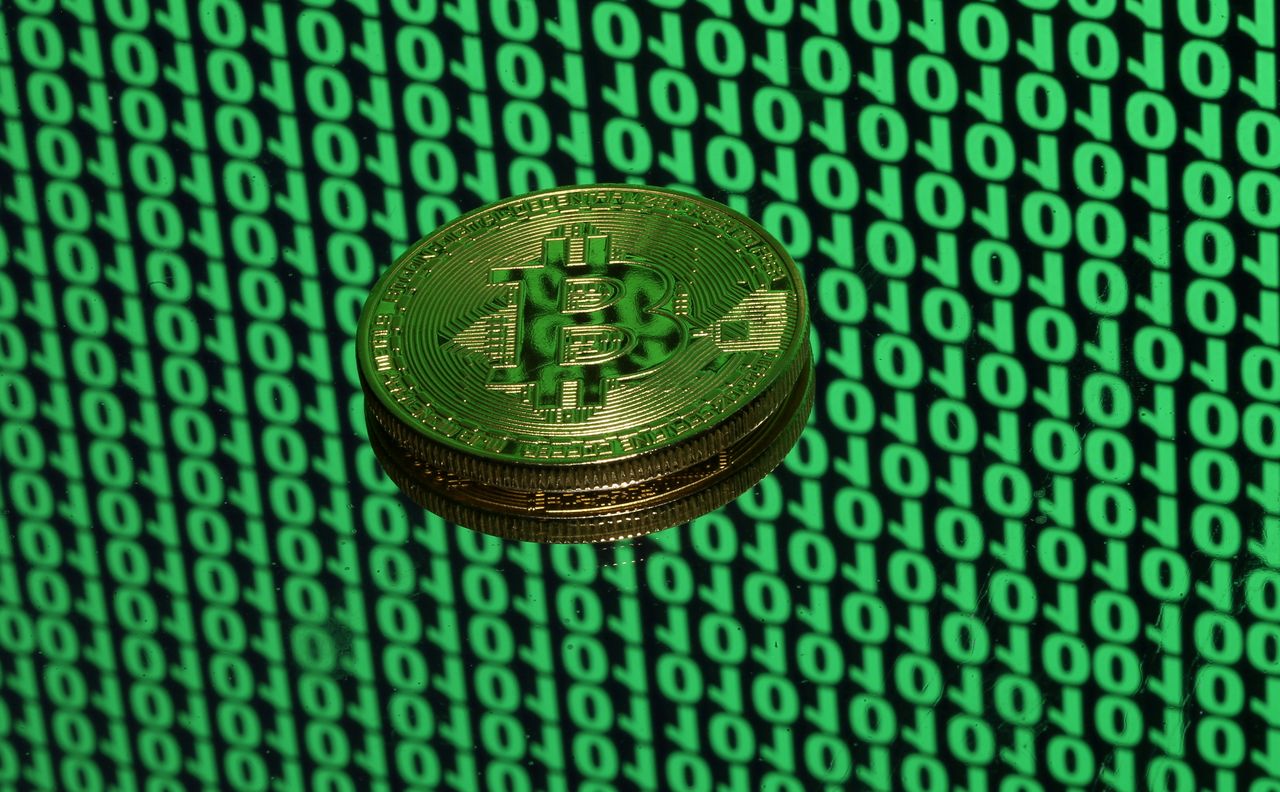 FILE PHOTO: A token of the virtual currency Bitcoin is seen placed on a monitor that displays binary digits in this illustration picture, December 8, 2017. REUTERS/Dado Ruvic/Illustration 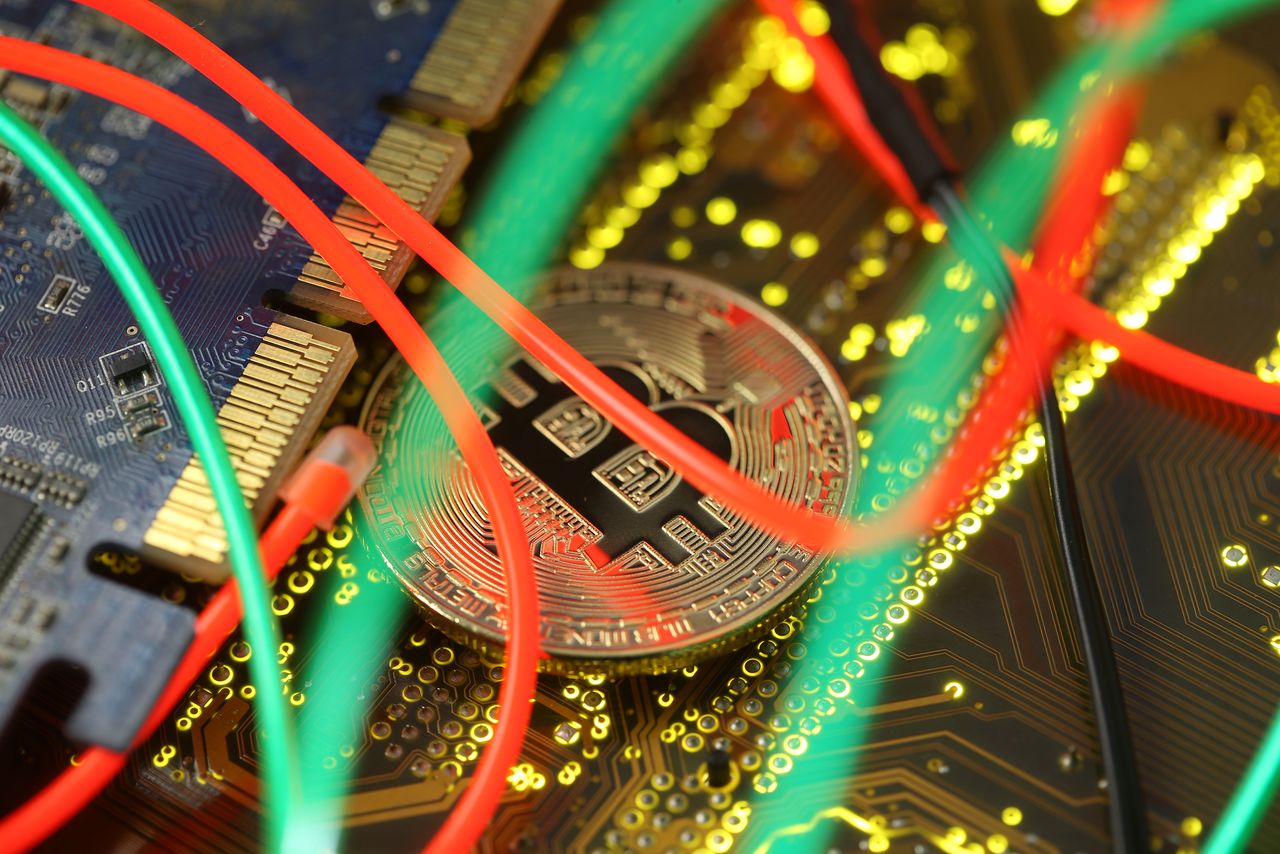 FILE PHOTO: Representation of the Bitcoin virtual currency standing on the PC motherboard is seen in this illustration picture, February 3, 2018. REUTERS/Dado Ruvic/Illustration