TOKYO (Reuters) - Japan's lack of a vaccination passport and limited testing capacity is threatening ambitions to reopen the economy at a crucial year-end period when restaurants earn up to a half of their annual revenue and travel agencies are at their busiest.

This means businesses, wary of another pandemic wave through winter, are not rehiring laid-off staff or ordering more supplies until they know more about what the reopening scheme will look like and how long they can stay open. Local authorities have been largely left to fend for themselves, creating a patchwork of rules and compliance schemes.

At stake is how quickly Japan can recapture some of the $44 billion spent by foreign tourists in 2019 and whether the estimated $53 billion in pent-up domestic spending can be unleashed to jump-start the battered economy.

If botched, the reopening could also prove costly for new Prime Minister Fumio Kishida, who faces an election in under two weeks. His predecessor was ousted after his popularity ratings tanked due to perceptions his government bungled its COVID-19 pandemic response.

Year-end is critical for bars and restaurants in Japan, where companies organise large "forget-the-year" parties and having a meal to round off the year with business associates and friends is an important custom.

"I've always had a special event at the year-end, but I'm thinking of cancelling, because experts say a sixth wave of the coronavirus will definitely come," says Mayumi Saijo, who owns "Beer Bar Bitter" in Tokyo's trendy Kagurazaka district.

Saijo says she is nervous about ordering some $4,000 in beer from the Czech Republic after pouring out kegs due to lockdowns last year and having trouble sleeping before the latest state of emergency was lifted.

"Whatever I prepared for would cost me money," she said. "I want to avoid risk at all costs."

While her place survived earlier pandemic restrictions on opening hours, government compensation did not prevent a record 780 bars and restaurants in Japan from going bankrupt in the year through April, and another 298 since then, according to private credit firm Teikoku Databank.

"How late will restaurants be allowed to stay open? Everything depends on that - hiring people, ordering supplies," said Shigenori Ishii, an official at the Japan Food Service Association, a 75,000-member strong industry group.

Japan was initially criticised for a sluggish vaccination rollout that left it behind most advanced economies and made it vulnerable to a Delta variant outbreak that forced it to hold the Tokyo Olympics without spectators this summer.

Cases have since slowed to a trickle and vaccinations have caught up, enabling the government to gradually begin work on a scheme to reopen that would entail the use of vaccination certificates and COVID-19 tests.

The issue with vaccine passports is that, on top of unresolved privacy concerns, inoculations have been given by local authorities or self defence forces and a unified database does not exist.

"I think we should've prepared much, much earlier. Maybe a year ago," says Yusuke Nakamura, a geneticist and pioneer in personalised cancer treatment. "There's no standardised mechanism to provide a vaccine passport so each city is making some kind of passport, but nothing is digitised."

While the city of Tokyo has made almost no progress on the scheme, according to officials, some municipalities are going it alone.

Ishigaki Island, home to Japan's southernmost city, modified a cell phone application used for vaccine reservations to now serve as a mobile inoculation record. Tourists can show their vaccine record to get a discount card at shops and restaurants.

"If we can expand the usage to ensure peace of mind between both the shopkeepers and shoppers then Ishigaki's economy can recover," said Ishigaki City official Teruyuki Tanahara.

The problem with partially basing the reopening on COVID-19 tests is that Japan has not done mass testing - it carried out 9 times fewer tests per capita than the United States during the pandemic, Oxford University data show, and they are not readily available.

The government has said it tests in line with World Health Organization recommendations. New PM Kishida has pledged to increase testing capacity, but similar promises made by his predecessors did not bring tangible improvements.

Makoto Shimoaraiso, a cabinet official guiding the pandemic response, told Reuters the government was "experimenting what would the optimal package for instance at the soccer field or the stadium or restaurants or pubs be."

"We're going to hear from other stakeholders like private businesses and local governments as well to come up with a specific operational plan and we are trying to expedite that," said Shimoaraiso.

Back in Tokyo, Mike Grant, a co-owner of the DevilCraft chain of pizza and craft beer restaurants with 20 staff, says any scheme should be accompanied by clear enforcement rules.

"We don't mind turning people away if we were allowed to do so...and if the government would have our backs and say 'this is what science says.'"

"I think we would be sought out, if we were early to adopt a programme like that. So definitely that would be positive." 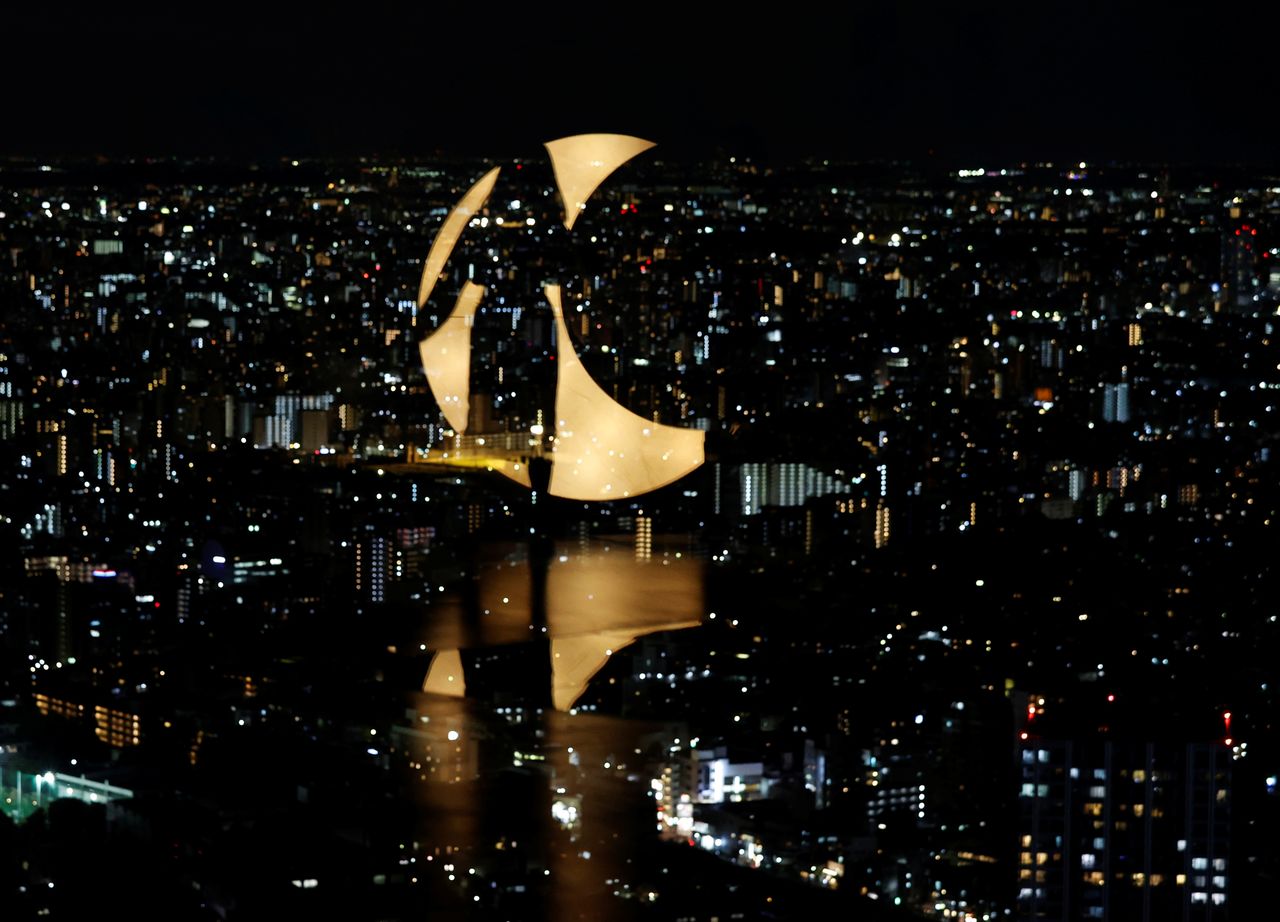 A visitor and moon-shaped light are reflected on a window at Sunshine City's Observatory after COVID-19 controls were eased, in Tokyo, Japan, October 15, 2021. REUTERS/Kim Kyung-Hoon 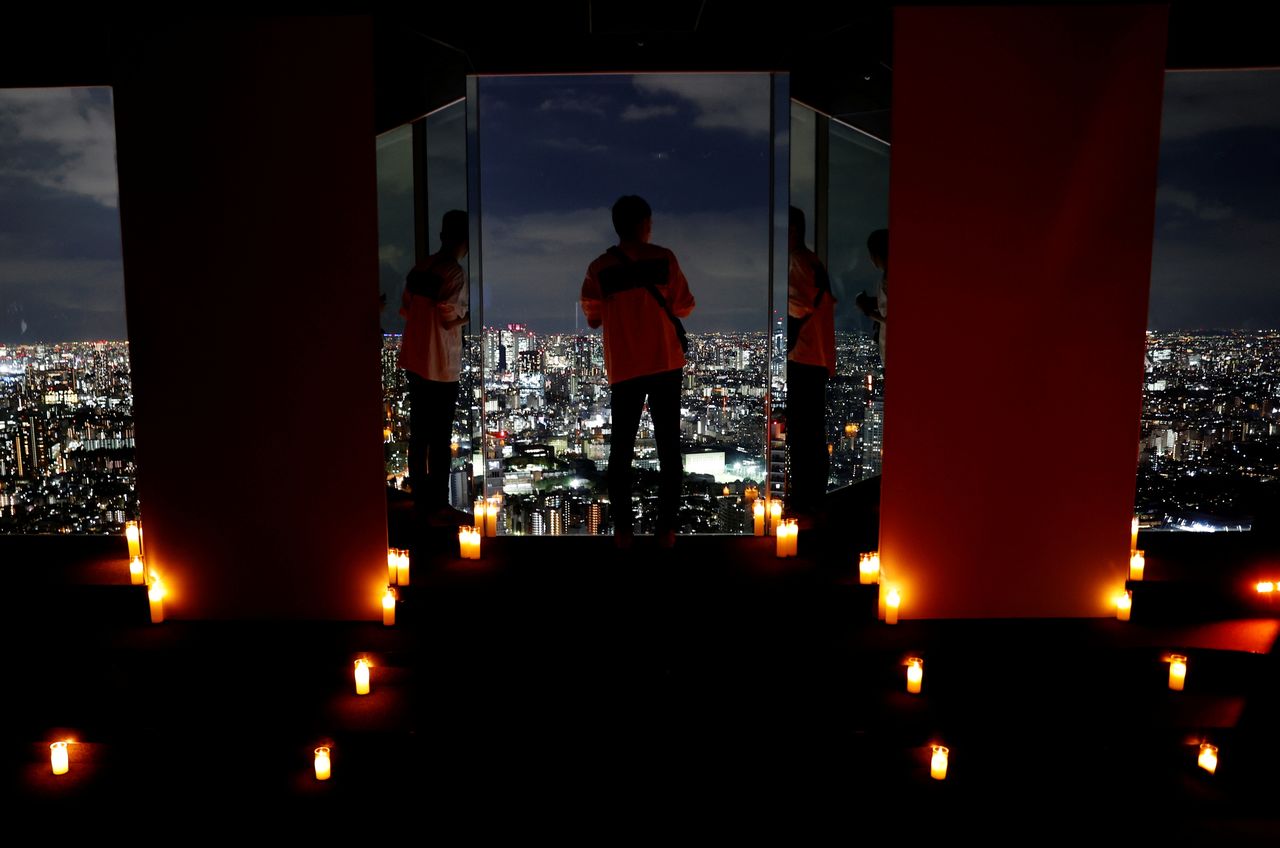 FILE PHOTO: Visitors take photos with Tokyo's night view during "totally dark time" event, in which all electric lights are out and candlelight is used instead, at Sunshine City's Observatory after COVID-19 controls were eased, in Tokyo, Japan, October 15, 2021. REUTERS/Kim Kyung-Hoon/File Photo 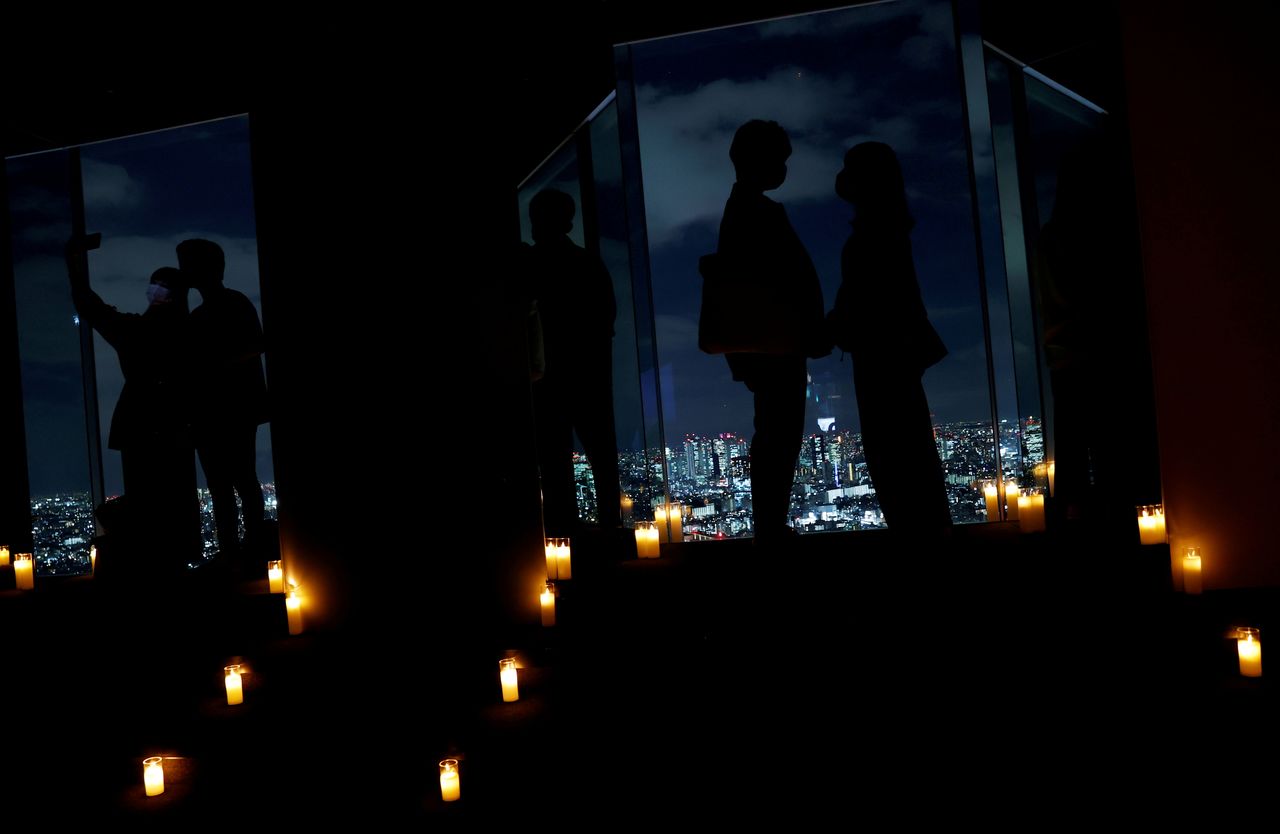 FILE PHOTO: Visitors take photos with Tokyo's night view during "totally dark time" event, in which all electric lights are out and candlelight is used instead, at Sunshine City's Observatory, after COVID-19 controls were eased, in Tokyo, Japan, October 15, 2021. REUTERS/Kim Kyung-Hoon/File Photo