The U.S. military's Indo-Pacific Command condemned the launch as destabilising, but judged it did not pose an immediate threat to the United States or its allies.

They were also examining whether the missile was fired from North Korea's experimental Gorae-class submarine, he added, speaking on condition of anonymity.

The launch, reported by officials in South Korea and Japan, followed a meeting of U.S. and South Korean envoys in Washington on Monday to discuss the nuclear standoff with the North.

North Korea has persisted with military development despite international sanctions over its nuclear weapons and missile programmes.

South Korea's Joint Chiefs of Staff said the missile was launched about 10:17 a.m. from the sea in the vicinity of Sinpo, where North Korea keeps submarines as well as equipment for test firing SLBMs.

"Our military is closely monitoring the situation and maintaining readiness posture in close cooperation with the United States, to prepare for possible additional launches," its statement said.

It was not immediately clear if the missile was fired from a submarine or from a submersible test barge, as in most previous tests. A military source said it flew about 430 km to 450 km (267 to 280 miles) to a maximum altitude of 60 km (37 miles).

North Korea's last SLBM test https://www.reuters.com/world/asia-pacific/north-koreas-submarine-launched-missiles-2021-10-19 was in October 2019, when a Pukguksong-3 missile was fired from an underwater platform, flying 450 km to a maximum altitude of 910 km.

The U.S. Special Representative for North Korea, Sung Kim, on Tuesday held talks with South Korean and Japanese counterparts and the State Department said he called on North Korea "to refrain from further provocations and engage in sustained and substantive dialogue."

It said Kim also expressed support for humanitarian aid for the most vulnerable North Koreans.

North Korea has also been working on what would be its first operational submarine capable of launching an SLBM, South Korean officials say.

The Washington-based Nuclear Threat Initiative has said SLBM capability could provide North Korea with a hedge against destruction of land-based nuclear systems.

There was no immediate explanation from South Korea or Japan over the conflicting number of missiles detected.

Kishida cancelled scheduled campaign appearances https://www.reuters.com/world/asia-pacific/japan-kicks-off-election-campaign-support-ruling-ldp-dips-2021-10-19 in northern Japan, and the deputy chief cabinet secretary said he planned to return to Tokyo to deal with the missile situation.

Spy chiefs from the United States, South Korea and Japan who were meeting in Seoul on Tuesday shared information on the missile test and agreed to strengthen intelligence sharing, South Korea's National Intelligence Service said in a statement.

Chad O'Carroll, a North Korea expert with the Korea Risk Group, said on Twitter that recent North Korean activity suggested it may be looking again to military and world affairs after nearly two years of focusing on the COVID-19 pandemic.

South Korea's successful test last month of an SLBM https://www.reuters.com/business/aerospace-defense/skorea-successfully-tests-submarine-launched-ballistic-missile-blue-house-2021-09-15 made it the first country without nuclear weapons to develop such a system. North Korea test fired a missile from a train the same day.

South Korea is also preparing to test fire its first home-grown space launch vehicle https://www.reuters.com/world/asia-pacific/spy-satellites-mobile-networks-skorea-hopes-new-rocket-gets-space-programme-off-2021-10-15 on Thursday. Analysts say the rocket has few potential applications as a weapon, but such tests are unlikely to be welcomed by North Korea. 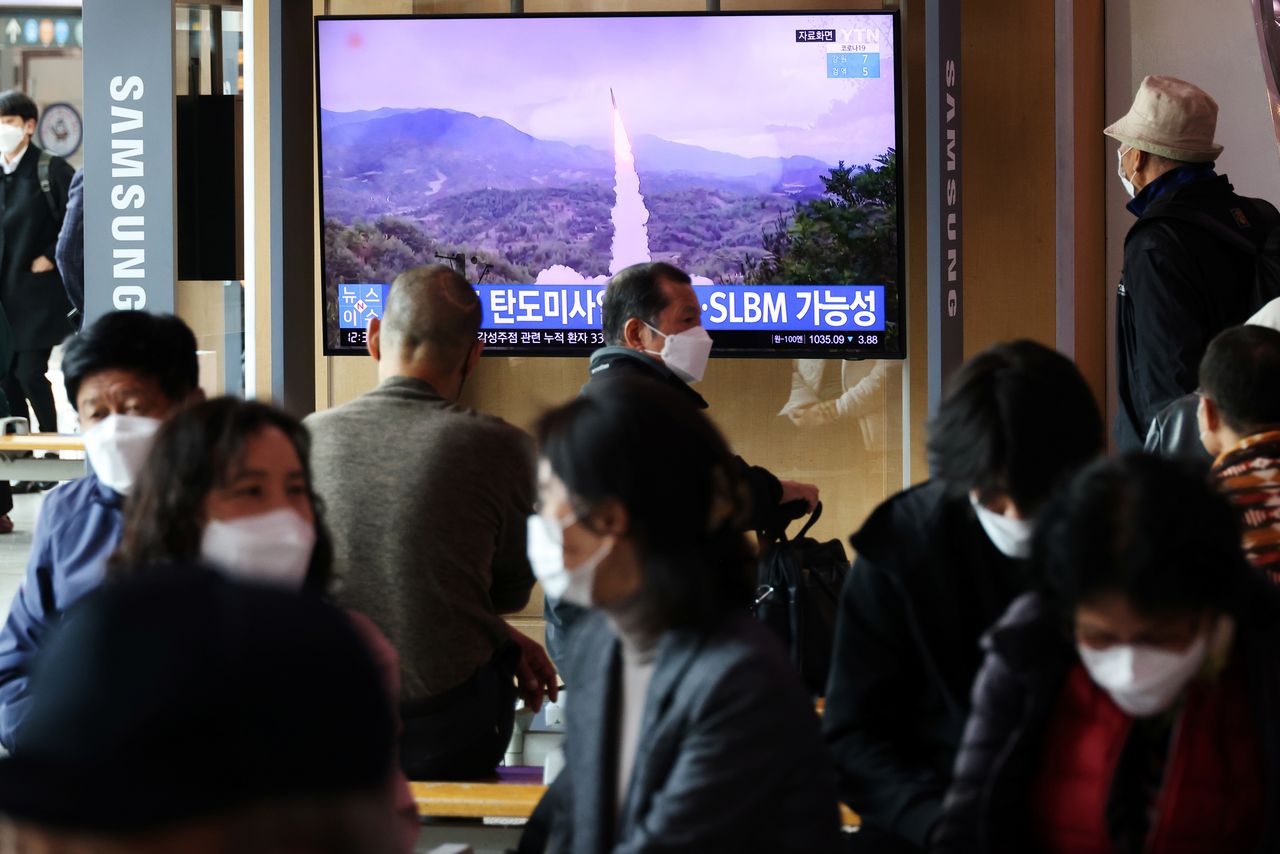 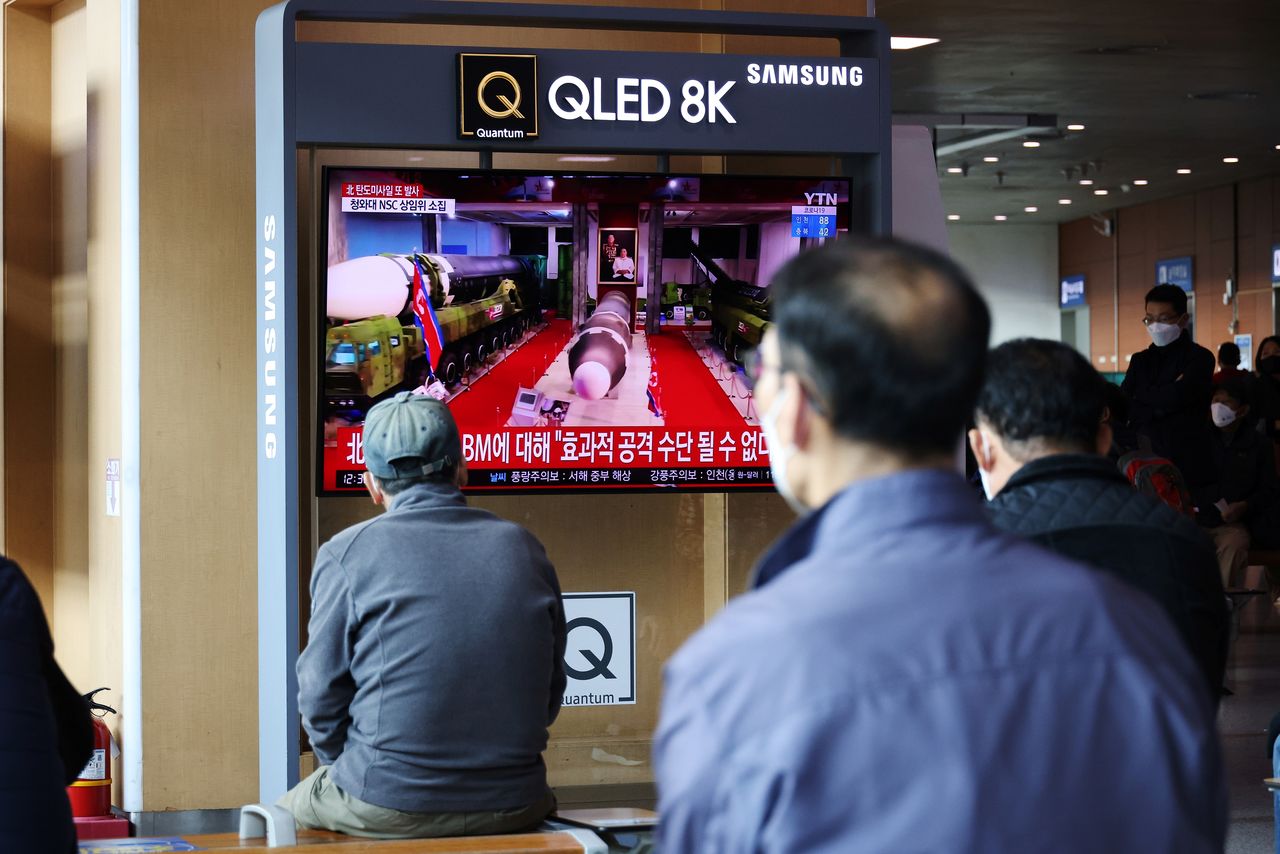 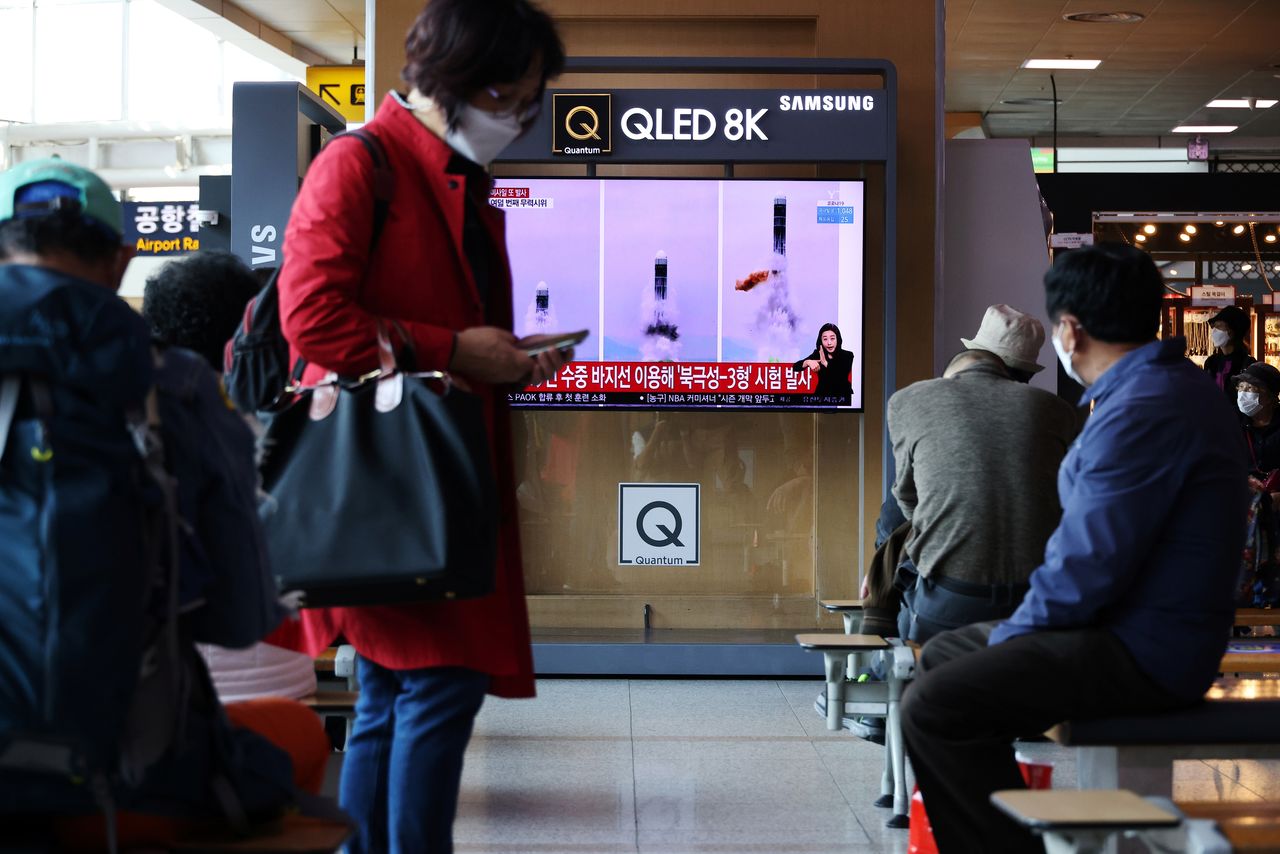 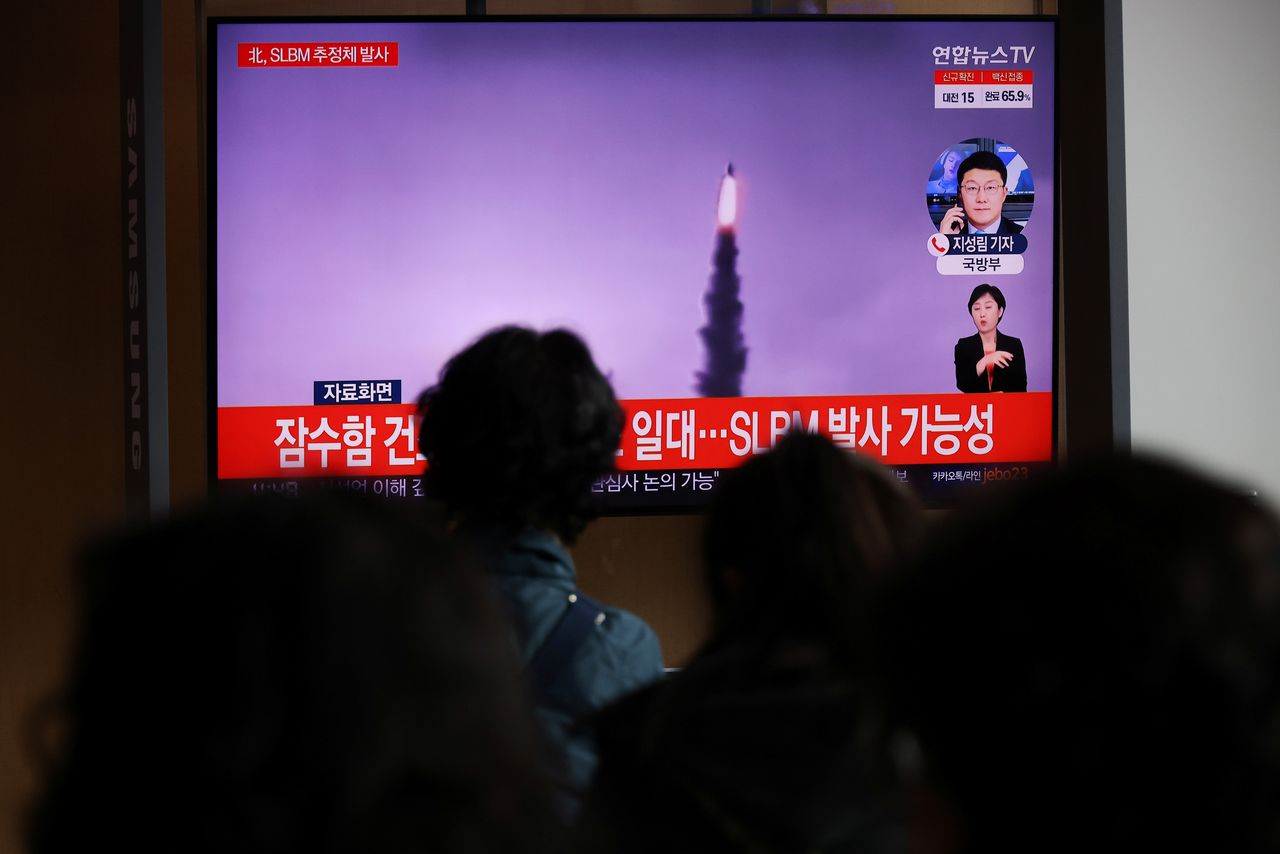 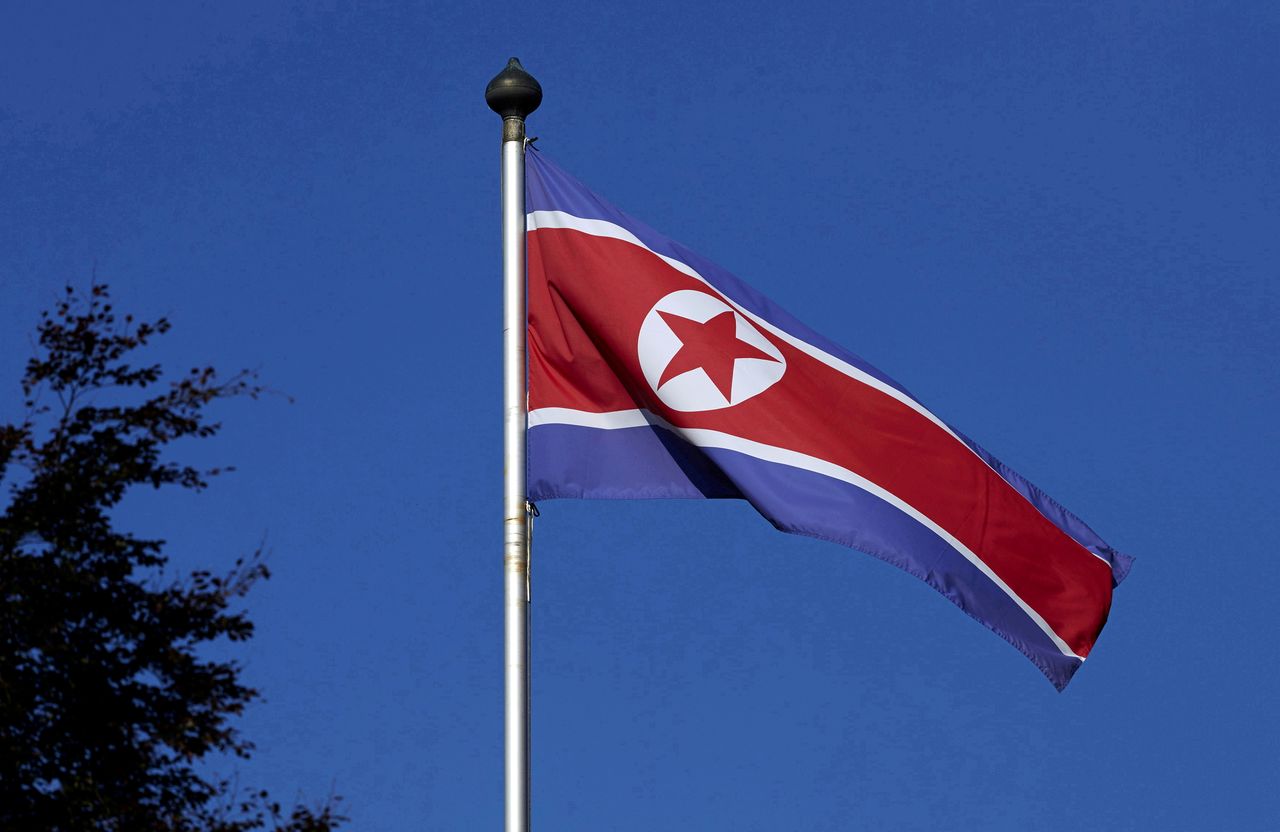 FILE PHOTO: A North Korean flag flies on a mast at the Permanent Mission of North Korea in Geneva October 2, 2014. REUTERS/Denis Balibouse/File Photo