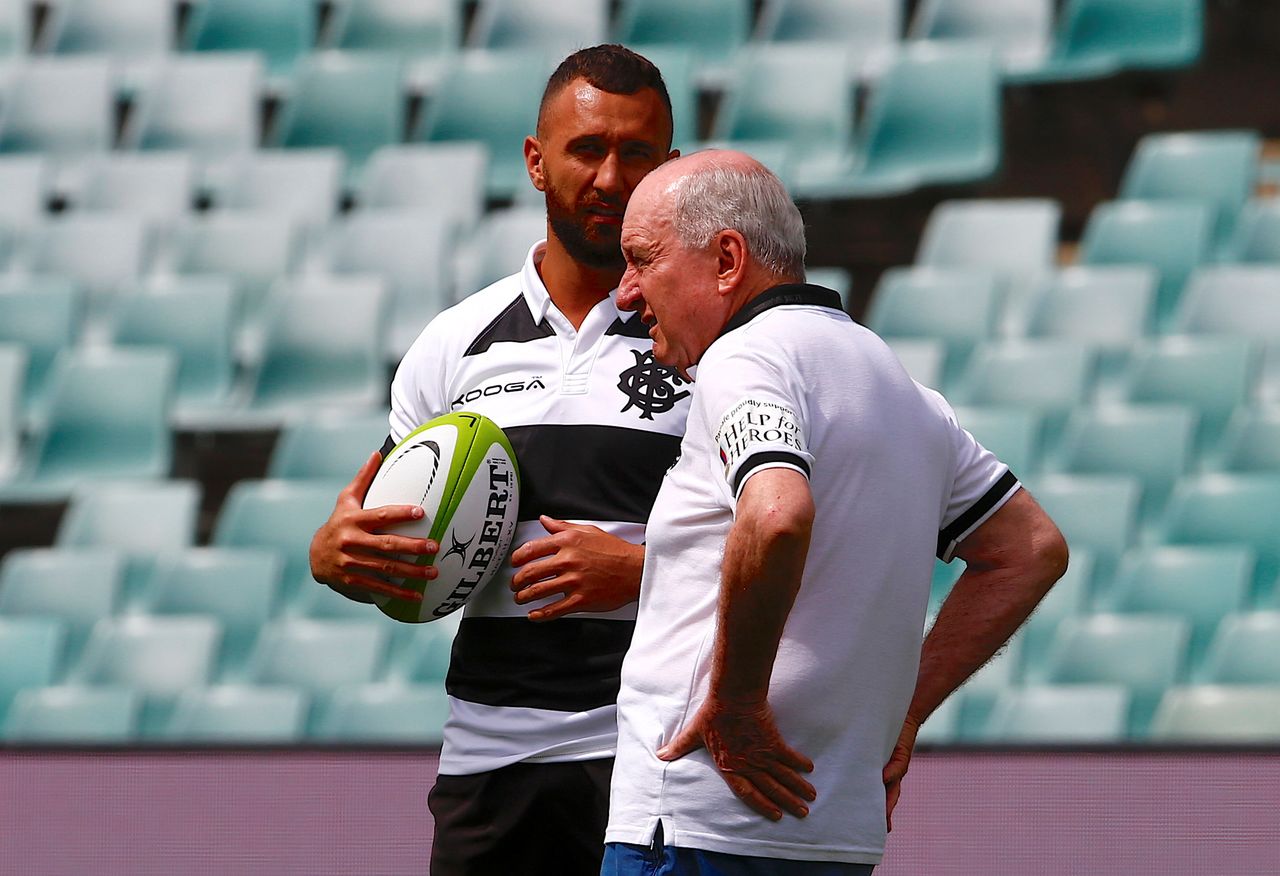 SYDNEY (Reuters) - Quade Cooper is unsure whether he will move on to Europe with the Wallabies after this weekend's test against Japan in Oita as negotiations continue between Rugby Australia and his club, Hanazono Kintetsu Liners.

The experienced flyhalf was brought out of the international wilderness to play in the last four matches of the Rugby Championship, helping the Wallabies to two victories over world champions South Africa and two over Argentina.

Under World Rugby regulations, Cooper is eligible for release by his club for the November tests against Scotland, England and Wales, but Australia could not demand his services for Saturday's test against Japan.

Cooper said that while he "assumed" he would be available to play Japan on Saturday having been involved in training this week, he was uncertain of his status after that.

"Right now, I'm not 100% sure, there's conversations still happening behind the scenes between the Wallabies and Kintetsu," Cooper told reporters from Japan on Tuesday.

"I've really enjoyed the past eight to 10 weeks that I've had in the set-up ... but at the same time, there's things I've learned that I look forward to taking back to my club.

"They are my employer ... so whenever I'm due back, I'll follow whatever's asked of me."

Wallabies coach Dave Rennie said on Sunday he would not be sticking rigidly to the World Rugby release rules in the spirit of building good relationships with the Japanese clubs, where an increasing number of Australians play.

With young flyhalf Noah Lolesio having been left out, Cooper and James O'Connor are the only specialist flyhalves in Rennie's squad, although the versatile Reece Hodge started two tests in the number 10 shirt last year.

Rennie also said last weekend that one of Cooper and O'Connor was likely to start at flyhalf on Saturday, with the other backing up from the bench.