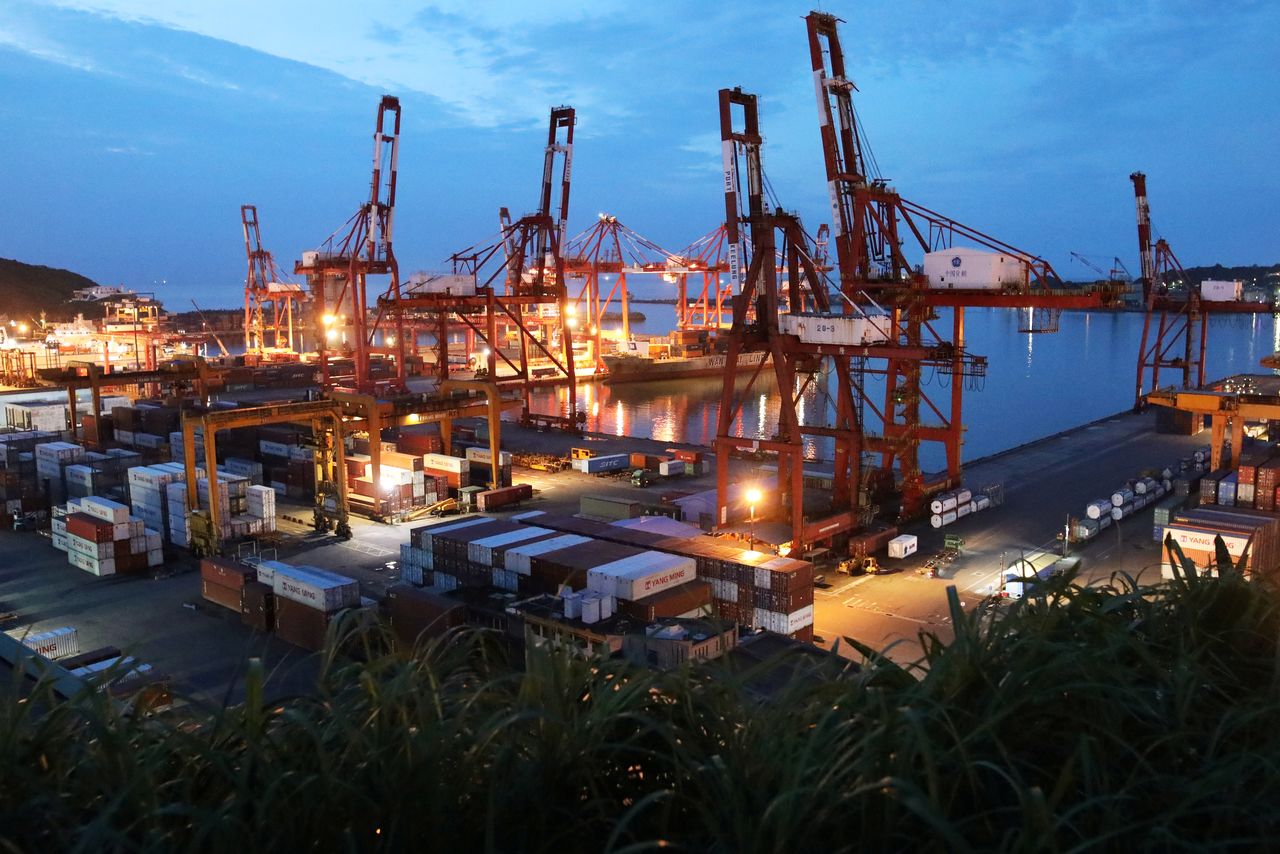 A general view of a container terminal and the port during sunset in Keelung, Taiwan, June 10, 2020. REUTERS/Ann Wang

TAIPEI (Reuters) - Taiwan's export orders set a record in September, growing faster than expected on demand for new smartphones and chips and ahead of the year-end holiday shopping season, and the government said the outlook was good, though uncertainty over China's economy cast a shadow.

Taiwan's export orders, a bellwether of global technology demand, rose 25.7% from a year earlier to $62.9 billion in September, a historic high, data from the Ministry of Economic Affairs showed on Wednesday.

That was the 19th month of expansion, and the pace was much faster than the median forecast of a rise of 17% in a Reuters poll.

Looking ahead, the ministry warned of uncertainty from China's energy curbs, which have shuttered factories in parts of the country, and global risk from the COVID-19 pandemic.

However, the year-end holiday shopping season and demand for 5G and other new technologies will help maintain steady growth for export orders, the ministry added.

The ministry said it expects export orders in October to rise between 22.1% and 25% from a year earlier.

Orders from the United States rose 29.3% in September from a year earlier, a faster rate of expansion compared with the 19.2% logged in August, while orders from China were up 11.5%, versus a gain of 15.9% the previous month.