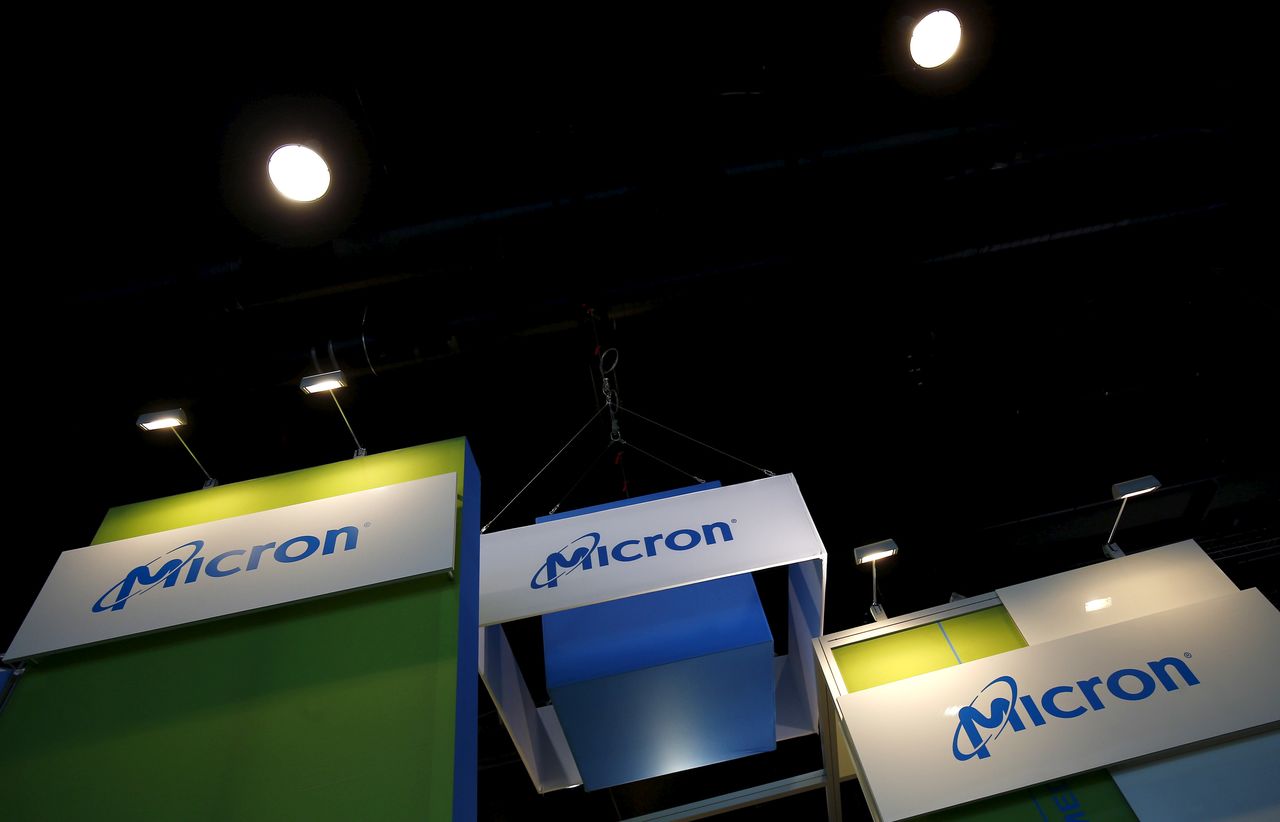 FILE PHOTO: The logo of U.S. memory chip maker MicronTechnology is pictured at their booth at an industrial fair in Frankfurt, Germany, July 14, 2015. REUTERS/Kai Pfaffenbach

(Reuters) - Micron Technology Inc said on Wednesday it is considering building a new memory factory in the United States but that state and federal subsidies will be needed to offset costs that are higher than its factories in Asia.

Micron has pilot manufacturing lines for developing new technologies at its Idaho headquarters and a factory in Virginia that turns out special high-reliability chips for automobiles. But its most advanced memory chips, which go into devices including PCs, phones and data centers, are made in Taiwan, Japan and Singapore.

Sumit Sadana, Micron's chief business officer, told Reuters memory chips are about 30% of the global semiconductor market but only 2% are made in the United States.

Sadana said the company has not settled on a country for its next factory for advanced chips. The factories will require tools such as ASML Holdings' extreme ultraviolet (EUV) lithography machines, which can cost more than $100 million each.

Micron plans to spend up to $12 billion in capital expenditure and $3 billion on research and development next year, Sadana said, and up to $150 billion over the next decade.

Micron estimates costs for memory manufacturing are 45% higher in the United States than in Asia, Sadana said.

He said Micron's decision will depend on whether U.S. subsidies for buildings factories and investment tax credits for expensive tools - both of which are being debated in the U.S. Congress - are put in place.

"We need these policies to be stable and bipartisan in nature," he said.