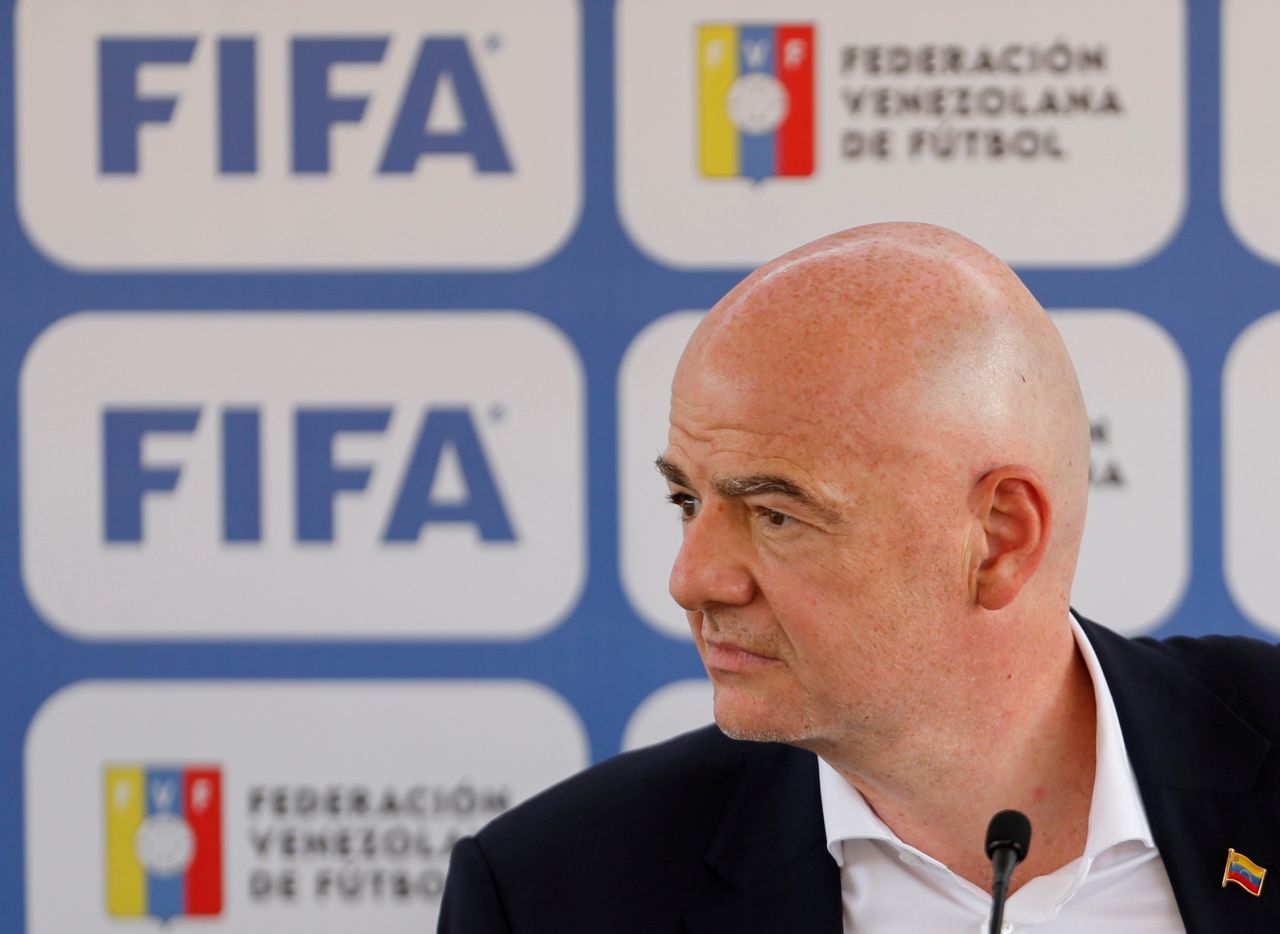 MANCHESTER, England (Reuters) - FIFA president Gianni Infantino said on Wednesday he wanted to seek consensus over plans for a biennial World Cup and changes to the international match calendar after facing fierce criticism from European federations.

FIFA's ruling council agreed to hold a global summit on Dec. 20 to discuss the proposals for a World Cup to be held every two years rather than every four years.

However, Infantino did not commit to hold a binding vote on the plans -- after UEFA president Aleksander Ceferin warned against it, saying there would be "terrible consequences for football in general" if he pushed ahead.

FIFA will now wait for the results of a feasibility study and also an economic analysis of the financial impact of the extra World Cup, which are expected to be delivered before the summit.

A meeting between 'technical groups' of FIFA and UEFA is also scheduled for next week.

Ceferin has said UEFA would boycott an additional World Cup and his opposition to the plan has been echoed by European clubs and leagues.

Infantino noted the debate had been "heated" but said that it was a sign of change within FIFA that such a wide-ranging consultation was being held.

"We will continue with the objective of reaching a consensus with solutions that work for everyone’s benefit. By hosting a global summit later this year, we will now have the opportunity to present one plan and to provide feedback to all our FIFA member associations," said Infantino.

There was, however, no strong attempt to sell the idea of a biennial World Cup from Infantino, who instead emphasised that his role was to listen to all viewpoints.

"We have to see how we can approach the different opinions of different parties," Infantino told a news conference.

“We need to look at sporting and economic merits, then we can have a reasoned discussion about World Cups and perhaps other competitions. I do not know what the outcome will be," he said.

FIFA will hold its next full congress in Doha, Qatar on March 31, ahead of the draw for the finals of the 2022 World Cup in the Gulf country.

The council also decided that the Club World Cup, which was planned to be held in Japan in 2021 but which was postponed due to the COVID-19 pandemic, will be held in the United Arab Emirates in early 2022.