The Dutch led from start to finish at the Stab Velodrome as Jeffrey Hoogland, Harrie Lavreysen and Roy van der Berg added to their Tokyo gold medal with a time of 41.979 seconds.

It was, however, a decent performance by France, who won an unexpected bronze medal at the Tokyo Games.

Germany took bronze after their women broke the world record with a time of 46.064 to snatch gold from the Russian Cycling Federation team with Britain claiming bronze.

Italy set the best time in the men's pursuit qualifying before easily beating Britain while France took a comfortable win against defending champions Denmark to set up a final showdown with the Olympic champions on Thursday.

On a good opening day for Italy, European champion Martina Fidanza broke away from the bunch and quickly opened an unassailable lead to claim the first gold medal of the world championships in the women's scratch race. 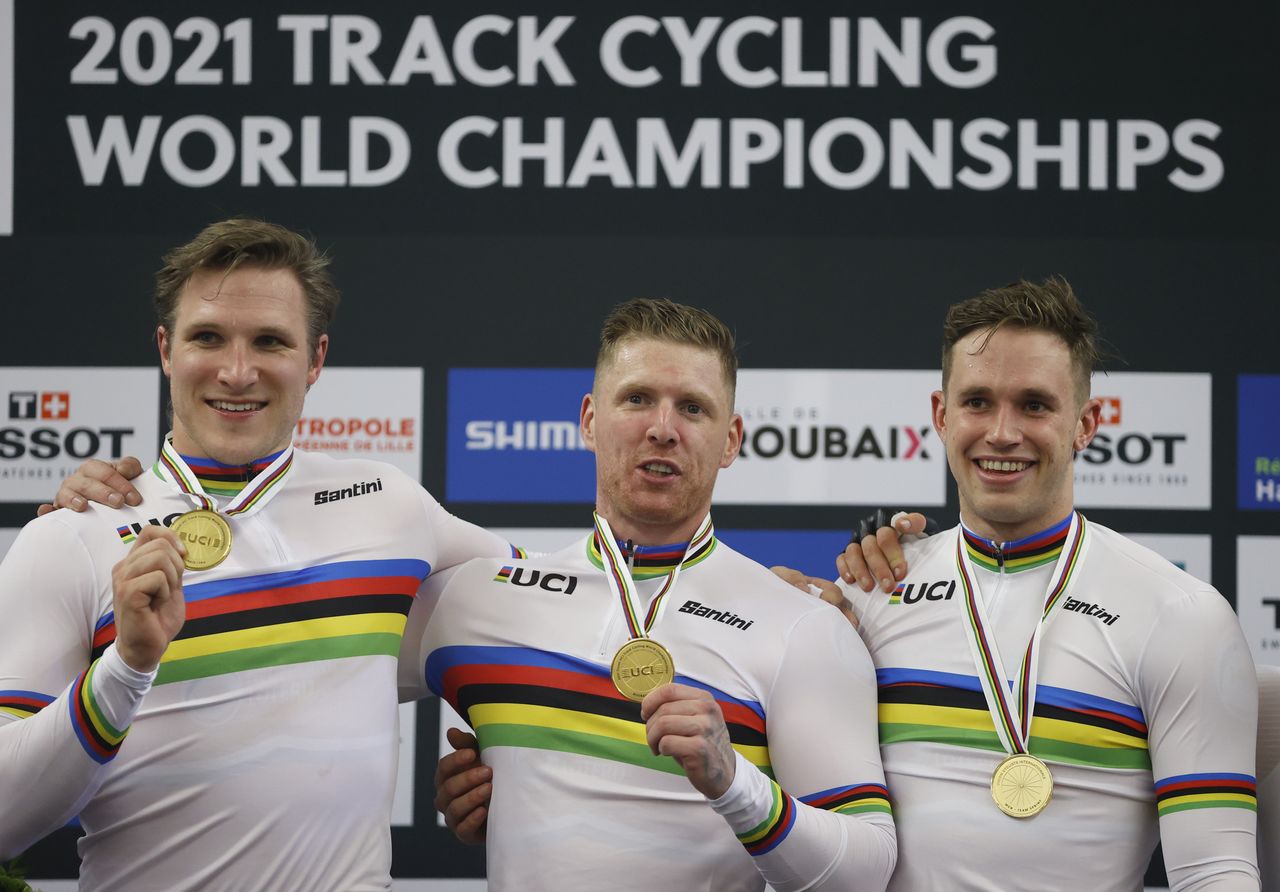 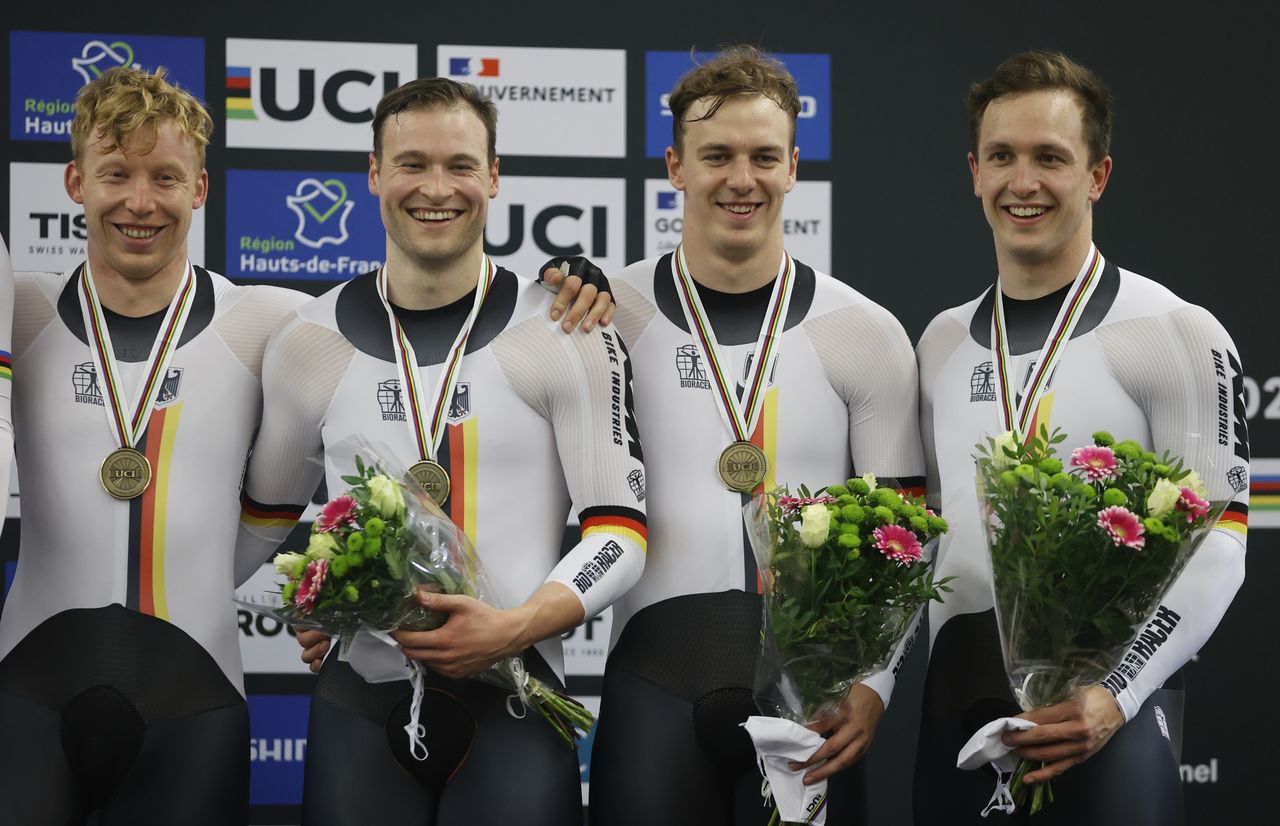