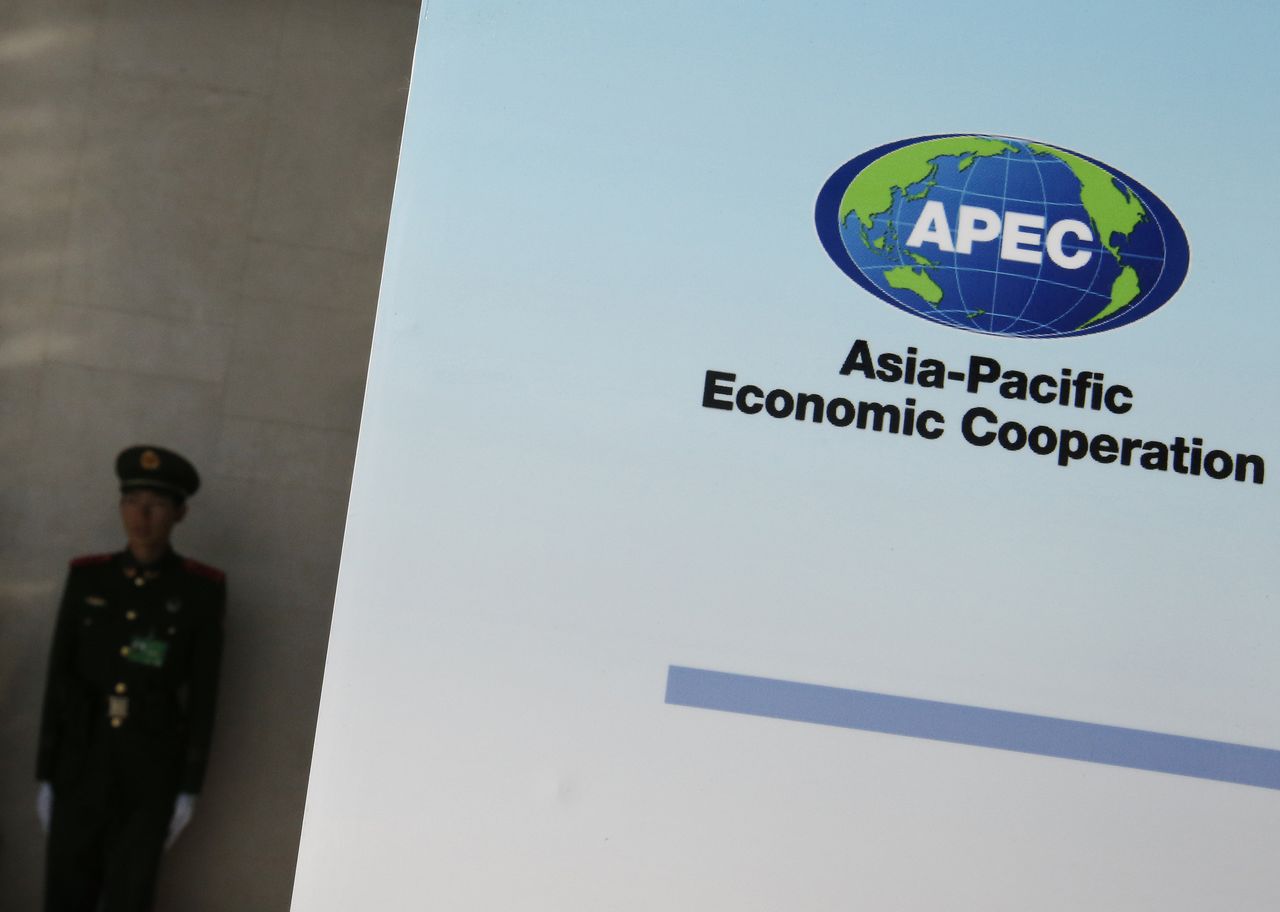 FILE PHOTO: A paramilitary policeman stands guard next to a banner bearing a logo of APEC during the opening of the 2014 APEC Concluding Senior Officials' Meeting, at the China National Convention Centre, in Beijing, November 5, 2014. REUTERS/Kim Kyung-Hoon

(Reuters) - Ministers from the Asia-Pacific trade group APEC will meet virtually on Friday, hoping to chart a path forward for the region to recover from the COVID-19 pandemic and address other pressing issues including climate change.

The meeting of finance ministers from the 21-economy group, which includes the United States, China and Japan, comes as disruptions to the global economy from COVID-19 still loom and clouds the outlook for governments and central banks alike.

The group will likely acknowledge that while economic activity is recovering across the region, there is still a long way to go as new variants of the virus prevent a full-fledged rebound and the rate of recovery varies between countries.

Infections in several regional member nations including Australia, Indonesia, Malaysia and Thailand have declined sharply from peaks earlier this year, but matters of vaccination rates and balancing reopening against the risk of a spike in cases still dominate policy decisions.

The recovery has also been divergent with some groups such as women and indigenous peoples being disproportionately impacted by the pandemic compared with others.

New Zealand, the revolving Asia-Pacific Economic Cooperation host, had anchored a first-of-its-kind special meeting in July, where world leaders pledged to expand sharing and manufacturing of COVID-19 vaccines to fight the pandemic.

The leaders are expected to address economic challenges such as ongoing supply chain disruptions and, in some instances, mounting inflationary pressures. The role of fiscal policy and budget management to tackle these will be discussed.

Climate change, investment in environmentally-sustainable projects and phasing out subsidies for fossil fuels will likely be high on the agenda before the U.N. COP26 talks in Glasgow later this month.

Friday's meeting will also see ministers review 10-year arrangements around fiscal reforms agreed upon during their 2015 meeting in the Philippines, as well as commitments to further trade and sustainable growth in the region by 2040.