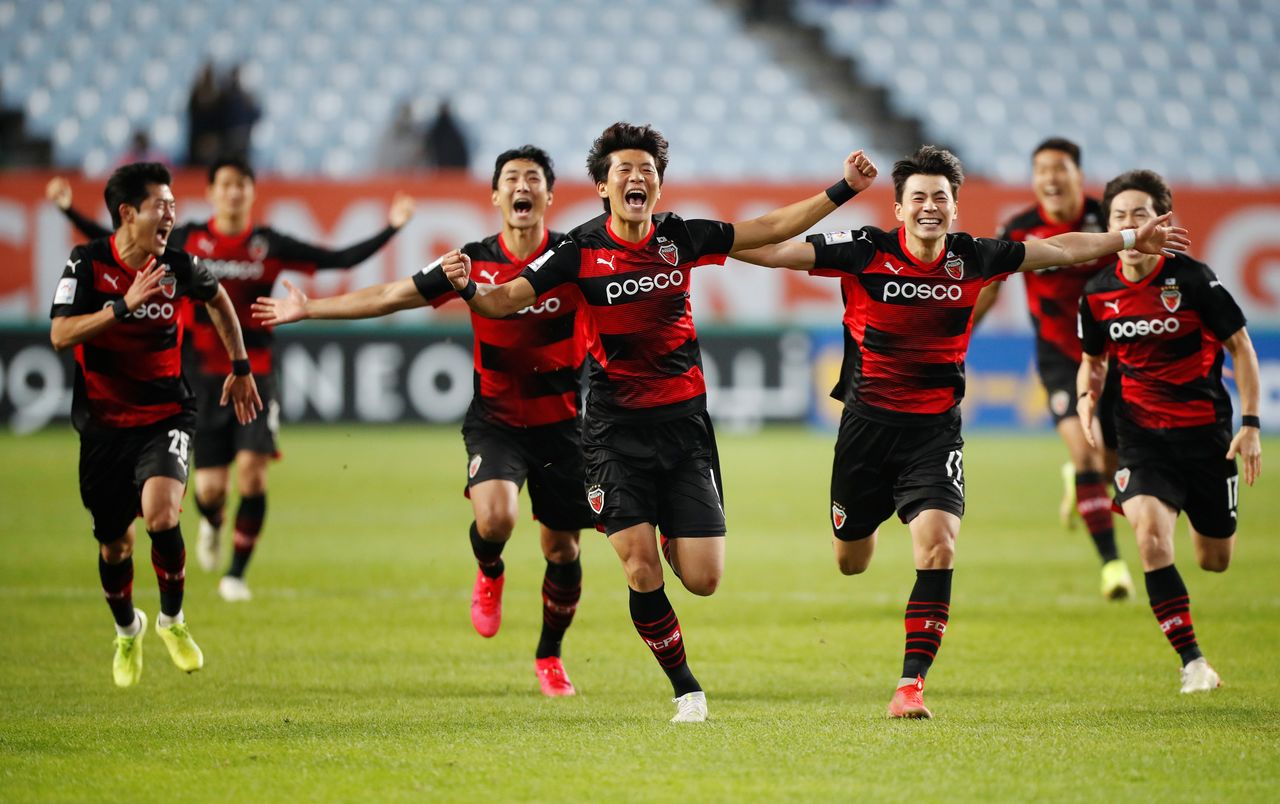 (Reuters) - Pohang Steelers coach Kim Gi-dong is relishing the long-awaited opportunity to feature in an Asian Champions League final after guiding his side to the continental showpiece on Wednesday.

Kim's side defeated defending champions and fellow South Koreans Ulsan Hyundai in a penalty shoot-out at Jeonju Stadium to take the club into the final for the first time since 2009.

Pohang's progress will provide Kim with the chance to play a major role in the final, 12 years after he was denied a spot in the line-up that defeated Saudi Arabia's Al Ittihad in Tokyo.

"As a player it was a great experience and such an honour to be a champion of Asia," said Kim, who spent much of his career with Pohang before retiring in 2011 and taking over as coach eight years later.

"But I still have to appear in a final because I didn't play in 2009. Now I'm in the final as a head coach and I think it's a little more pleasurable and emotional."

Pohang will be aiming for a record fourth Asian title having won the Asian Club Championship in 1997 and 1998 before claiming the Asian Champions League crown in 2009.

Waiting in the final in Riyadh on Nov. 23 is another club from Saudi Arabia after Al Hilal qualified for the decider on Tuesday thanks to their victory over domestic rivals Al Nassr.

Like Pohang, Al Hilal have won the Asian title three times, lifting the Asian Club Championship in 1991 and 2000 before winning the Asian Champions League trophy in 2019.

The two clubs have met before, facing off in 1997 in the Asian Super Cup - when the winners of the Asian Club Championship met the champions of the now defunct Asian Cup Winners Cup - with Al Hilal emerging 2-1 aggregate winners.

"We'll go to Saudi Arabia representing Korea Republic, which I am proud to do," said Kim.

"There is also a lot of pressure as it's not easy to represent your country, but we'll give everything we have to get the result we want."