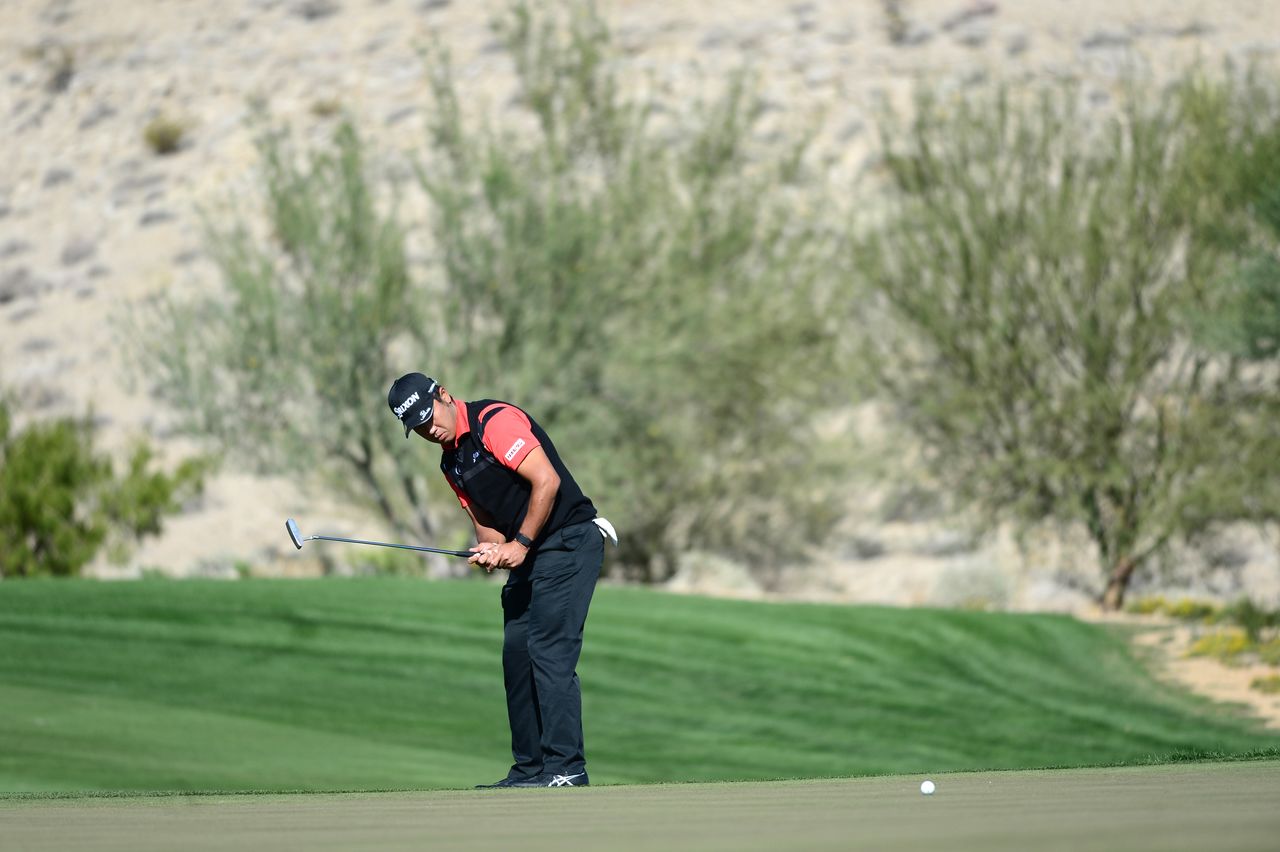 (Reuters) - Masters champion Hideki Matsuyama made a sizzling start to the Zozo Championship on Thursday, firing a bogey-free six-under-par 64 to take a share of second place a shot behind leader Hiroshi Iwata at the end of the first round.

The biggest draw as the U.S. PGA Tour event returned to Japan at the Narashino Country Club in Chiba, Matsuyama delighted the galleries by snaring three birdies either side of the turn in perfect conditions.

Chilean Joaquin Niemann matched him for a 64 which gave the pair a one stroke lead over Britain's Matt Wallace with American Brendan Steele after further shot back in fifth after a 66.

Tokyo Olympic champion Xander Schauffele picked up three shots on his first five holes but plummeted down the leaderboard to a share of 29th after four bogeys against a single birdie for the remainder of his round of even-par 70.

Iwata, who matched the then lowest round at a major with a 63 at the 2015 PGA Championship at Whistling Straits, threatened to tear up the course when he turned around at five-under after an eagle three at his ninth.

The 40-year-old managed only two more birdies on the way home, however, and settled for a 63.

That proved enough to keep him clear of compatriot Matsuyama after Japan's first Masters champion three-putted for par at the last for a disappointing end to a fine round.

It was not the only stroke that Matsuyama left on the greens but his approach play, including an iron that pitched within inches of the flag at the 17th, ensured he remained among the leading pack.

Tiger Woods won the first ZOZO Championship for his 82nd career title in 2019, but the second edition last year was moved to California because of the travel restrictions caused by the COVID-19 pandemic.