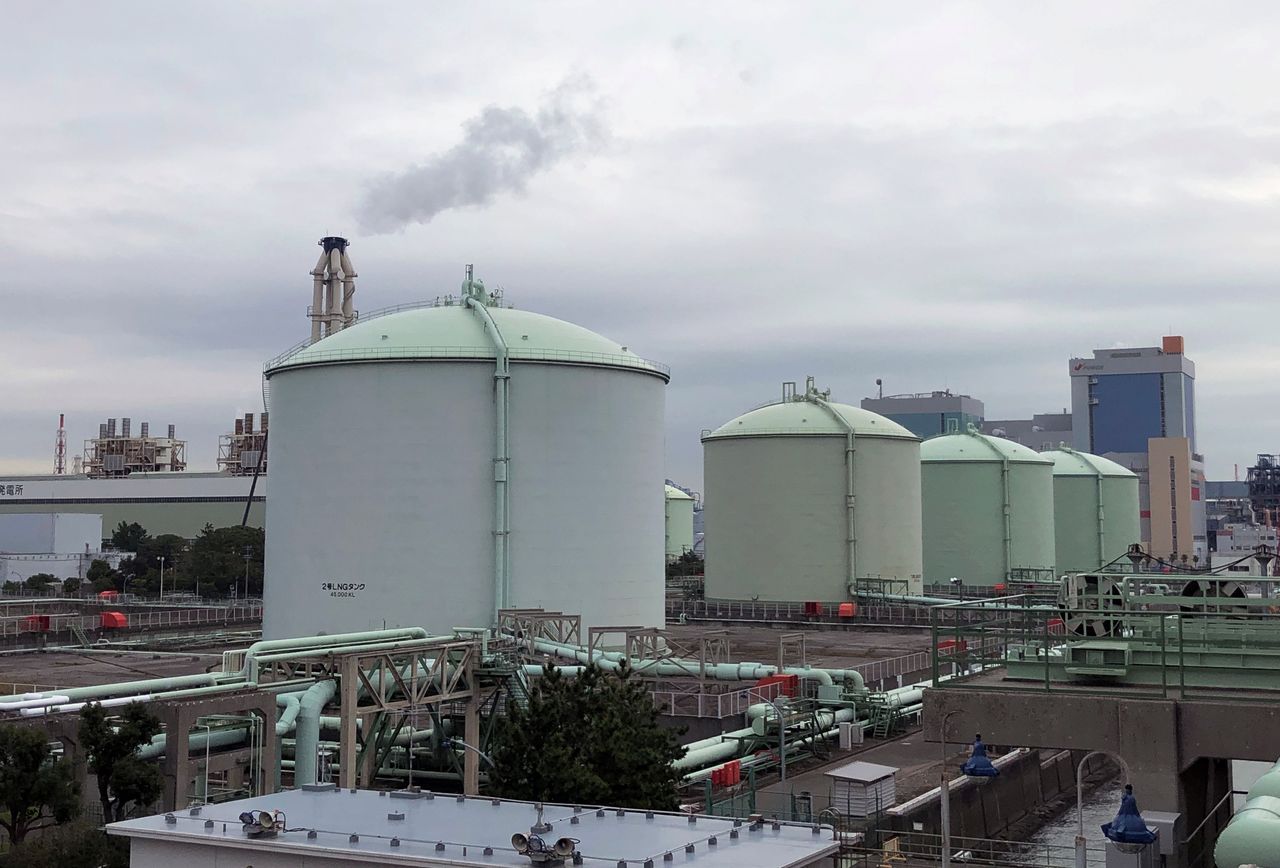 By Yuka Obayashi and Aaron Sheldrick

TOKYO (Reuters) -Japan's inventories of liquefied natural gas (LNG) are at the highest level in five years, the industry ministry said on Thursday, as a wider energy crunch gripping many countries raises the prospect of a second winter of shortages.

LNG stocks held by the country's main power companies totaled about 2.3 million tonnes as of Oct. 15, up 0.7 million tonnes from a year earlier and the highest level for this time of year in five years, the ministry said.

This winter, the regional crunch looks set to be played out on a global scale as Europe struggles for LNG supplies that are near record highs, natural gas in the United States is around seven-year highs and economic growth in China is squeezed by power shortages.

Japan will likely avoid another power crunch even if the weather is colder than usual, as long as utilities continue to buy fuel as planned, the ministry said.

LNG stocks held by the country's city-gas suppliers exceed the average at this time of the year from 2015-2019, the ministry said.

"We see it as a waiting game now as Asia heads into heating season and weather starts to reveal itself," said a Singapore-based trader.

"The question is whether Asian storage proves to be sufficient, or will the buyers across China, Korea, India, and Japan have to re-enter the market and compete for cargoes." Winter is still a month or so away but temperatures are already seasonally low in Japan, according to the country's weather bureau.

Electricity prices in Japan rose to nine-month highs last week as rising global prices of oil, LNG and coal start to feed through to the country's $150 billion power market.

The Japanese LNG data was disclosed at a rare meeting between the ministry and senior executives of energy companies to discuss measures to avoid a repeat of the shortages.

Executives said they would make efforts to secure adequate supplies for the winter.

(Reporting by Yuka ObayashiEditing by Shri Navaratnam and Kim Coghill)