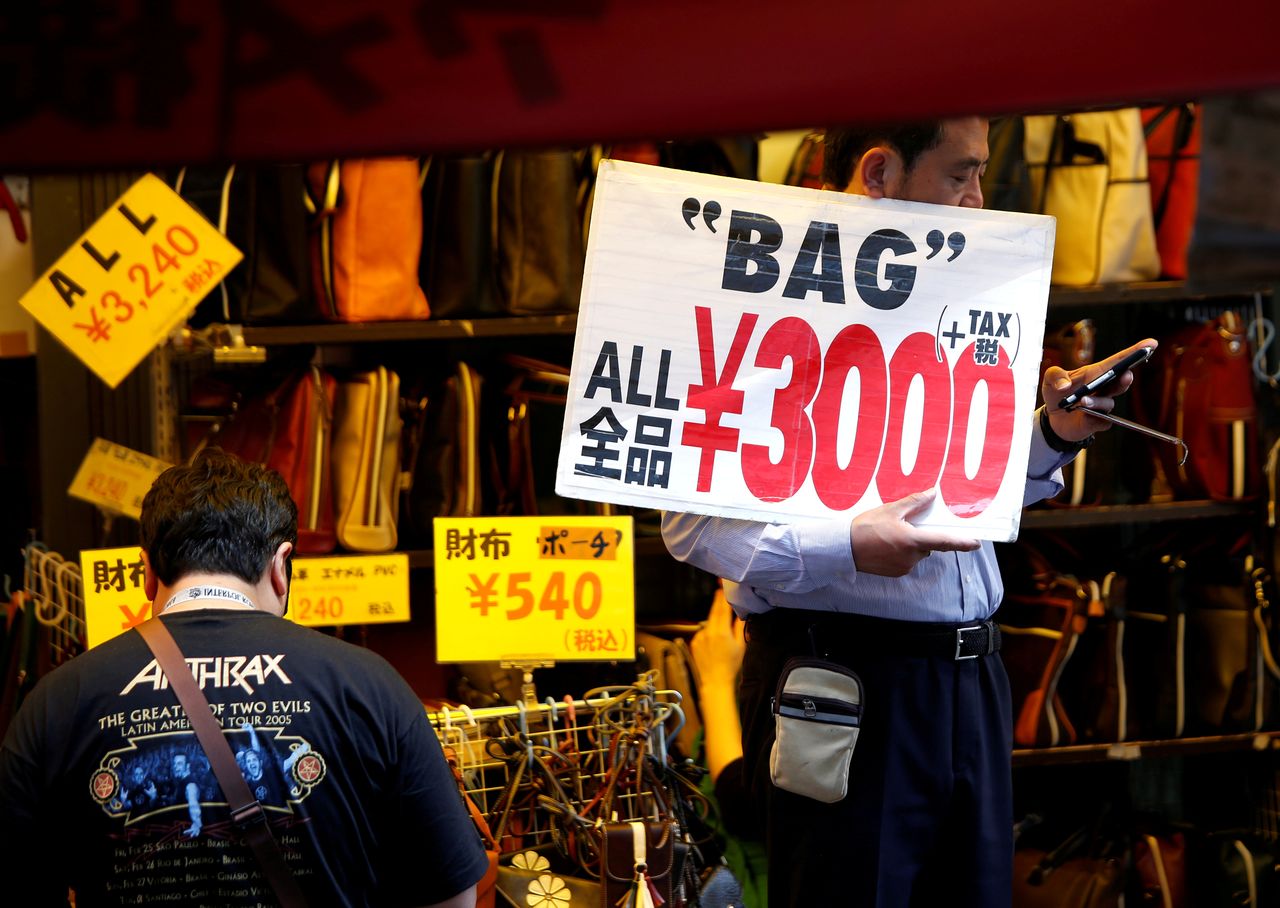 TOKYO (Reuters) - Japan's core consumer prices rose in September for the first time since the early stages of the coronavirus pandemic in March 2020, a sign that rising energy and raw material costs are gradually pushing up inflation.

Analysts expect rising fuel costs to accelerate consumer inflation in coming months, though any increase will be modest compared with other advanced economies as sluggish wage growth weighs on consumption and keeps firms from hiking prices much.

"Looking through artificial distortions and one-off hits, we expect underlying inflation to peak just shy of +1.0% early next year before falling back," said Tom Learmouth, an economist at Capital Economics.

The gain was driven mostly by a 7.4% spike in energy costs, which was the biggest annual rise in nearly three years. Gasoline costs surged 16.5% in September from a year earlier.

Processed food and durable goods also saw prices perk up, though the increase was more than offset by a 44.8% plunge in telecommunication fees as cellphone carriers slashed charges.

Analysts expect core consumer inflation to head toward 1% in coming months as recent rises in crude oil costs are seen pushing up electricity bills with a lag of three to five months.

But many of them doubt such cost-push inflation will lead to broader, sustainable price growth.

"But Japanese households tend to shift to cheaper goods when the price hike continues, which in turn may induce a price-cut battle among companies," he said.

The data will be among factors the Bank of Japan will consider at next week's policy meeting, when it releases fresh quarterly growth and inflation projections.

Japan has not been immune to global commodity inflation, with wholesale prices surging at a 13-year high of 6.3% in September, putting pressure on corporate profit margins and raising the risk of unwanted consumer price hikes.

But consumer inflation has been stuck around zero as firms remain reluctant to pass on costs to households, reinforcing expectations the BOJ's 2% target will remain elusive.