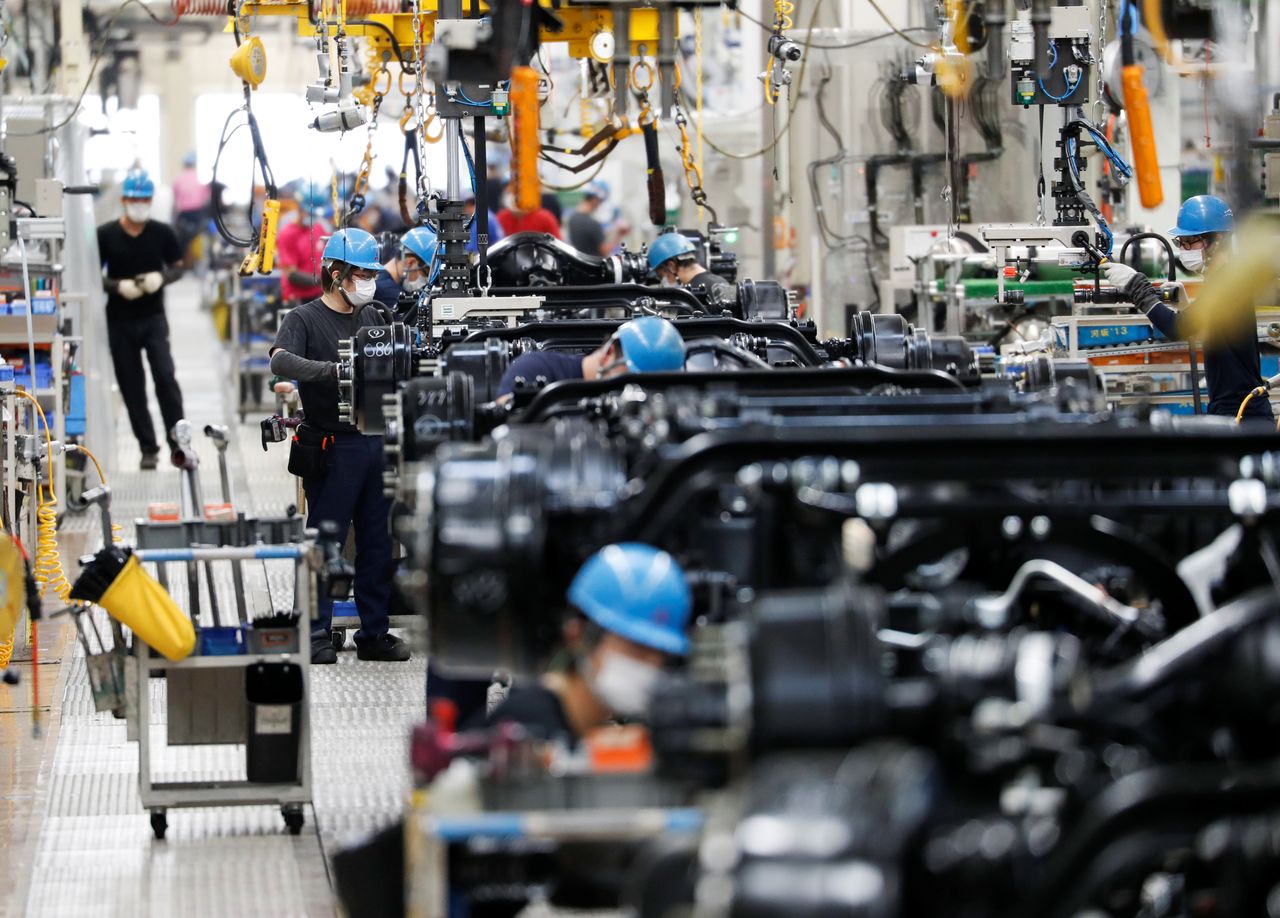 Employees wearing protective face masks work on the automobile assembly line as the maker ramps up car production with new security and health measures as a step to resume fully operation, during the outbreak of the coronavirus disease (COVID-19), at Kawasaki factory of Mitsubishi Fuso Truck and Bus Corp., owned by Germany-based Daimler AG, in Kawasaki, south of Tokyo, Japan May 18, 2020. REUTERS/Issei Kato

"Blackouts and soaring production costs in China pose additional headwinds to the recovery from the pandemic, besides parts supply issues in the coronavirus-hit Southeast Asia and the lasting global semiconductor shortage," said Takeshi Minami, chief economist at Norinchukin Research Institute.

Industrial output likely fell 3.2% in September month-on-month after dropping 3.6% in August, according to a Reuters poll of 14 economists.

Separate data is also likely to show retail sales shrank 2.3% in September from a year earlier following a 3.2% fall in August, the poll showed.

The batch of weak data would underscore the challenges new Prime Minister Fumio Kishida's ruling party face ahead of a general election on Oct. 31.

Japan's job data is likely to show the unemployment rate standing at 2.8% in September and the job-to-applicants ratio at 1.14, the poll showed, roughly unchanged from August.

The consumer price index (CPI) in Tokyo - a leading indicator for nationwide price inflation - likely rose 0.3% in October from a year earlier, picking up from a 0.1% gain in the prior month.

Japan's economy emerged from last year's pandemic-induced doldrums as robust exports offset some of the weakness in consumption. However, analysts now expect the economy grew just 0.8% in July-September on an annualised basis, cooling from 1.9% in April-June, due partly to softening factory output.