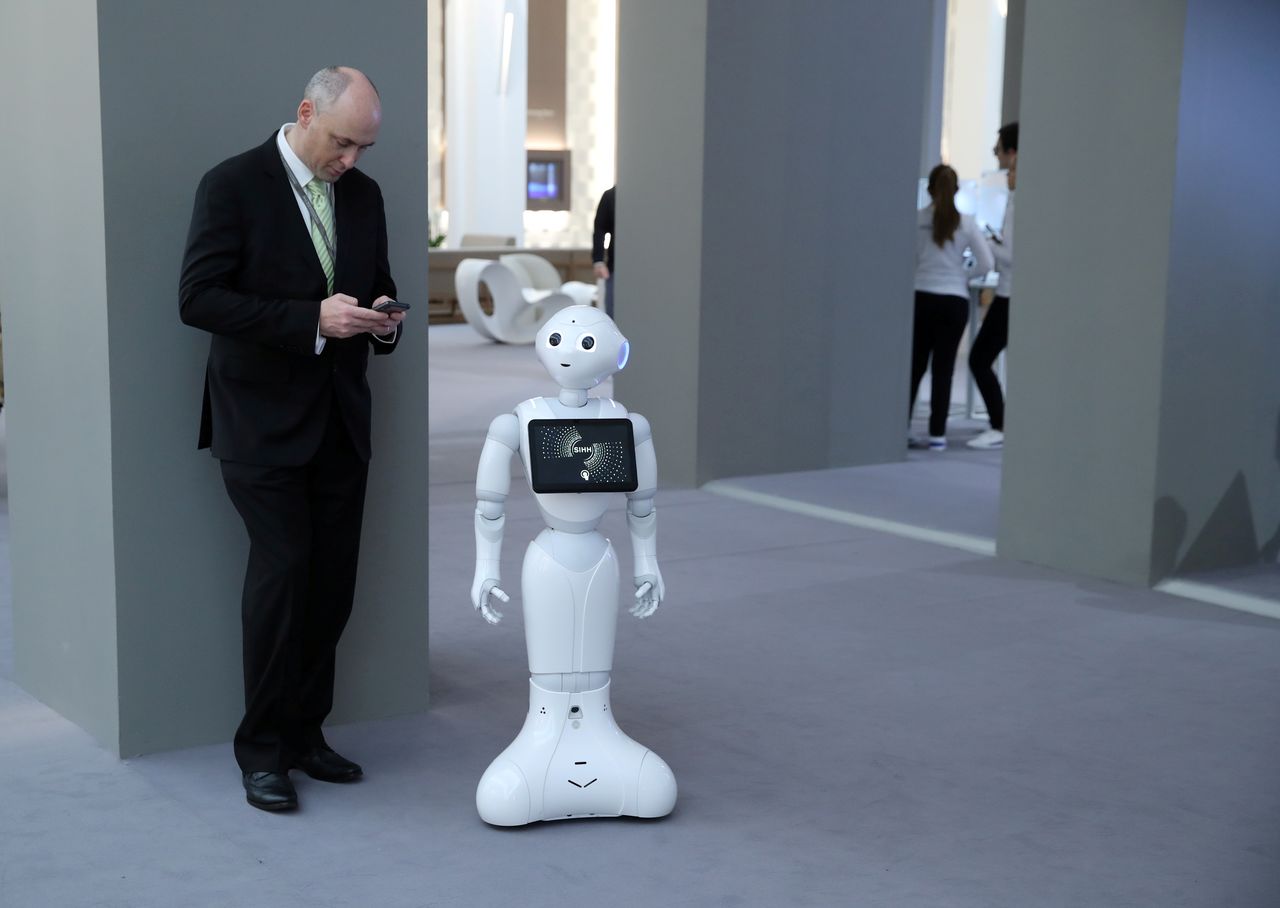 TOKYO (Reuters) -SoftBank Group Corp is in talks to sell the Paris-based robotics business behind its Pepper android to Germany's United Robotics Group, according to sources and documents reviewed by Reuters, scaling back a business it once touted as a major growth driver.

The talks are ongoing and plans could change, said two sources familiar with the matter, who declined to be named as they are not permitted to speak to the media. It is not clear whether SoftBank will retain a stake in the business, nor how much the deal would be worth.

United Robotics declined to comment. SoftBank has said it remains committed to the Pepper business.

Reuters reported in June https://www.reuters.com/technology/exclusive-softbank-shrinks-robotics-business-stops-pepper-production-sources-2021-06-28 that SoftBank had stopped production of Pepper and slashed jobs at its robotics business globally. Roughly half of 330 staff positions were cut in France, where operations date back to the 2012 acquisition of start-up Aldebaran, which custom-designed Pepper for SoftBank.

Additional staff have quit because of low morale, forcing SoftBank to advertise positions to fill core functions, according to the sources and a review of job postings.

United Robotics has offices in Germany and Austria, according to its website. Recently departed SoftBank staff in areas such as sales have been hired by the company, according to the sources.

SoftBank, which is riven by a culture divide between its European workforce and Japanese managers, has a dwindling stock of aging Pepper units https://www.reuters.com/article/us-softbank-group-pepper-focus-idCAKBN2ER0JK and components approaching obsolescence, Reuters reported previously.

In addition to selling Pepper and Nao, a small humanoid robot, United Robotics also markets robots like Sawyer, an industrial robot that can operate alongside humans.

The conglomerate has created a parallel sales operation in Britain, reducing its reliance on the Paris-based business.

SoftBank engineers in France have been working on a secret project to design a serving robot called Plato, according to the sources and documents reviewed by Reuters.

However, managers in Japan have put off ordering the robot, the sources said. At the same time, SoftBank has struck deals to sell similar robots from outside firms, diminishing the commercial viability of its own product.