SHANGHAI/HONG KONG (Reuters) - Apple Inc's talks with China's CATL and BYD over battery supplies for its planned electric vehicle have been mostly stalled after they refused to set up teams and build U.S. plants that would solely cater to the tech giant, three people with knowledge of the discussions said.

The firms informed Apple sometime in the past two months that they were not able to meet its requirements, the people said. But the U.S. company has not given up hope of resuming talks with either CATL or BYD, according to one source.

Chinese battery makers are more advanced than rivals in the development of lithium iron phosphate (LFP) batteries which are cheaper to produce and sources have previously said Apple favours this battery technology.

CATL, the world's No.1 maker of batteries for EVs, has been reluctant to build a U.S. factory due to political tensions between Washington and Beijing as well as cost concerns, said one of the people with direct knowledge of the talks.

The Chinese firm has also found it impossible to set up a separate product development team exclusively working with Apple due to difficulties in finding sufficient personnel, the person added.

BYD, which has an iron-phosphate battery plant in Lancaster, California, declined to build a new factory and team that would solely focus on supplying Apple, said two of the sources.

The stalled discussions have meant that Apple has been considering Japanese battery makers and it sent a group of people to Japan this month, they added.

Panasonic Corp is one of the companies that Apple is considering, said one of the people.

The sources declined to be identified as the talks were confidential. Apple, BYD and Panasonic declined to comment.

CATL said in a statement to Reuters that it denied "the relevant information".

"We are evaluating the opportunity and possibility of manufacture localization in North America," the statement said, adding that it has a dedicated professional team exclusively for each customer.

Sources told Reuters last year Apple was aiming to launch an electric car by 2024 https://www.reuters.com/article/us-apple-autos-exclusive/exclusive-apple-targets-car-production-by-2024-and-eyes-next-level-battery-technology-sources-idUSKBN28V2PY. Apple has not publicly disclosed its plans.

The stall in discussions comes at a time when U.S. President Joe Biden is seeking to make the United States a powerhouse in electric cars, setting a goal https://www.reuters.com/business/autos-transportation/biden-set-target-50-evs-by-2030-industry-backs-goal-2021-08-05 of having half of all new vehicles sold in 2030 electric.

Any delays in securing battery supplies could further impede EV development for Apple which last month lost the head of its car project, Doug Field, after he decided to return to Ford Motor Co.

Tesla Inc, which has been making some of its Model 3 and Model Y cars in China with LFP batteries from CATL, said this week it intended to use that battery chemistry outside China as well.

CATL and BYD use a type of battery pack technology to improve the performance of LFP batteries. Without that, LFP batteries usually offer much shorter driving ranges and lower energy density than the more expensive lithium batteries that use cobalt and nickel.

(Reporting by Zhang Yan in Shanghai and Julie Zhu in Hong Kong; Additional reporting by Stephen Nellis in San Francisco and Tim Kelly in Tokyo; Editing by Edwina Gibbs) 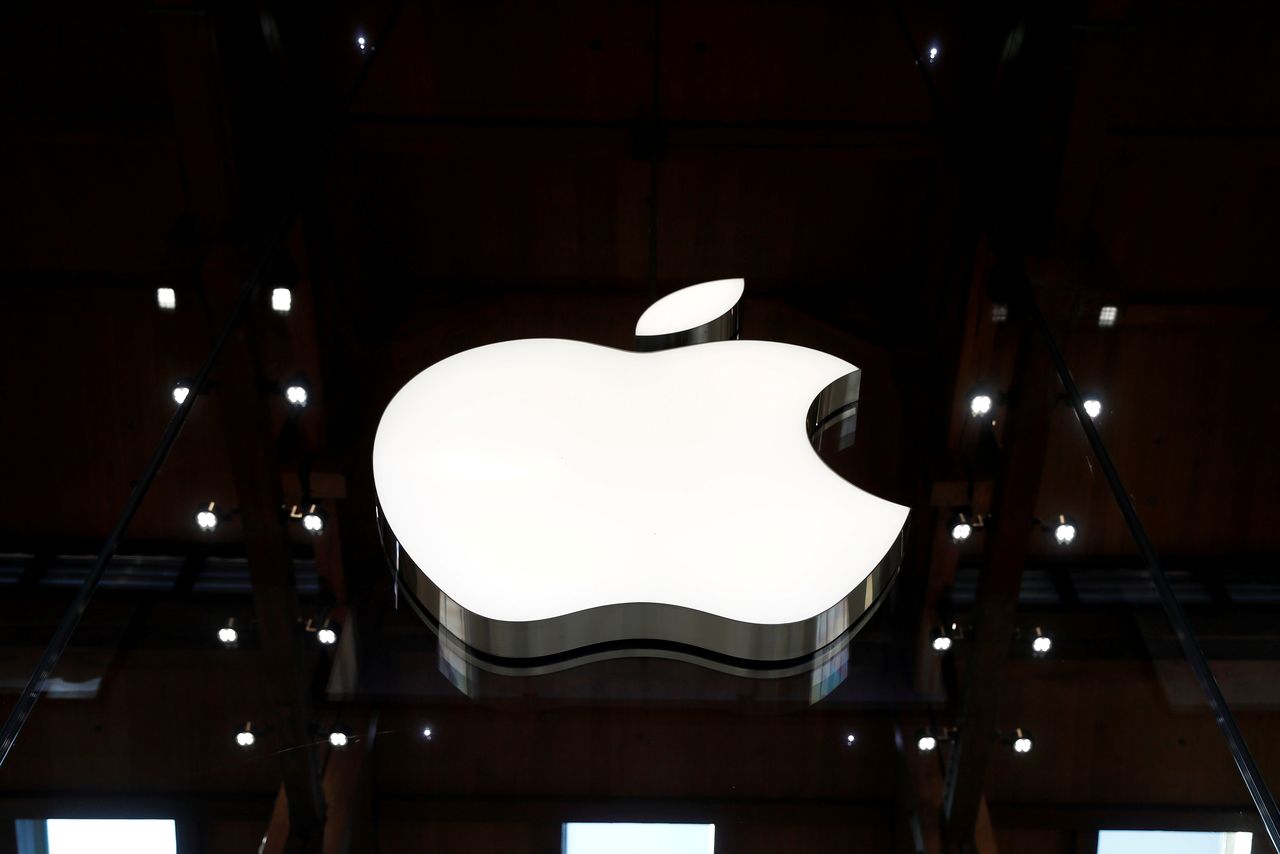 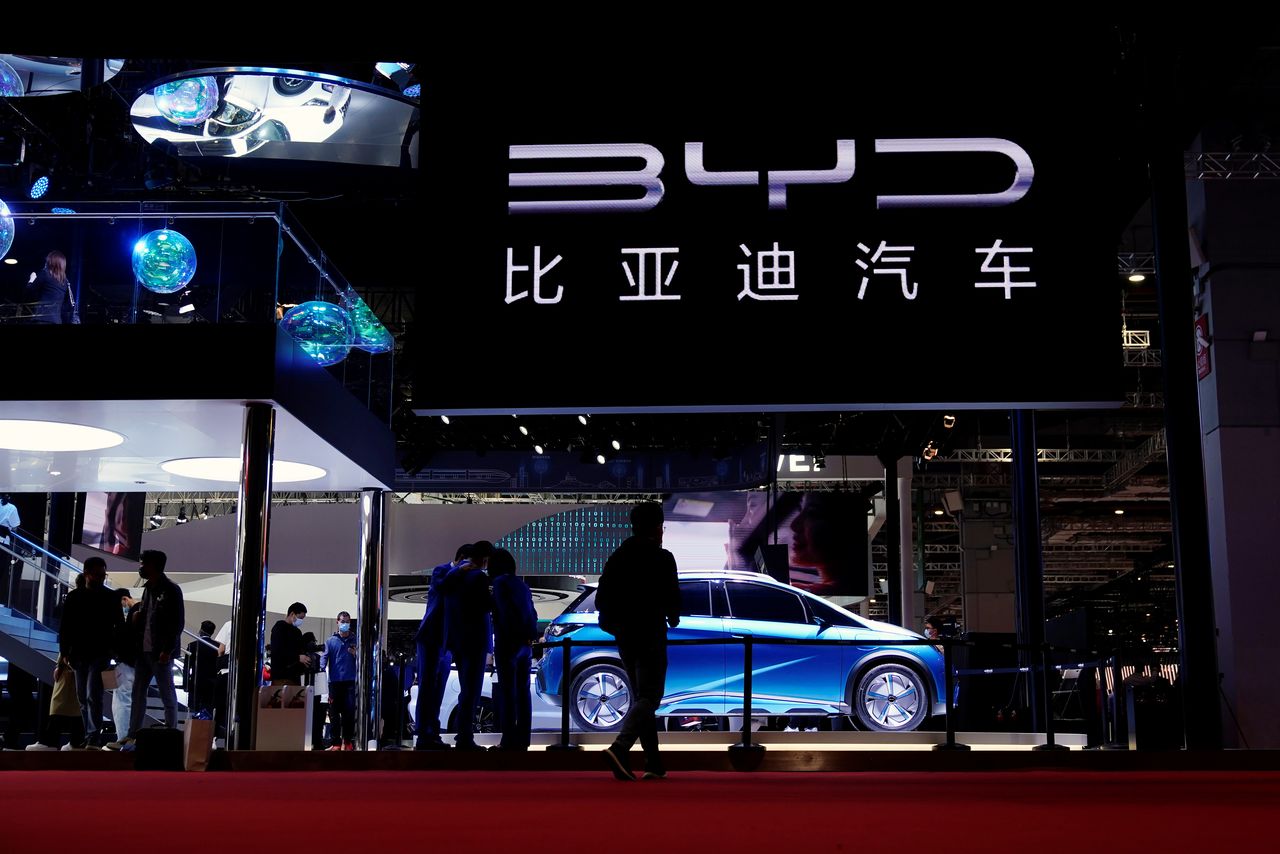 People visit the BYD booth during a media day for the Auto Shanghai show in Shanghai, China April 19, 2021. REUTERS/Aly Song 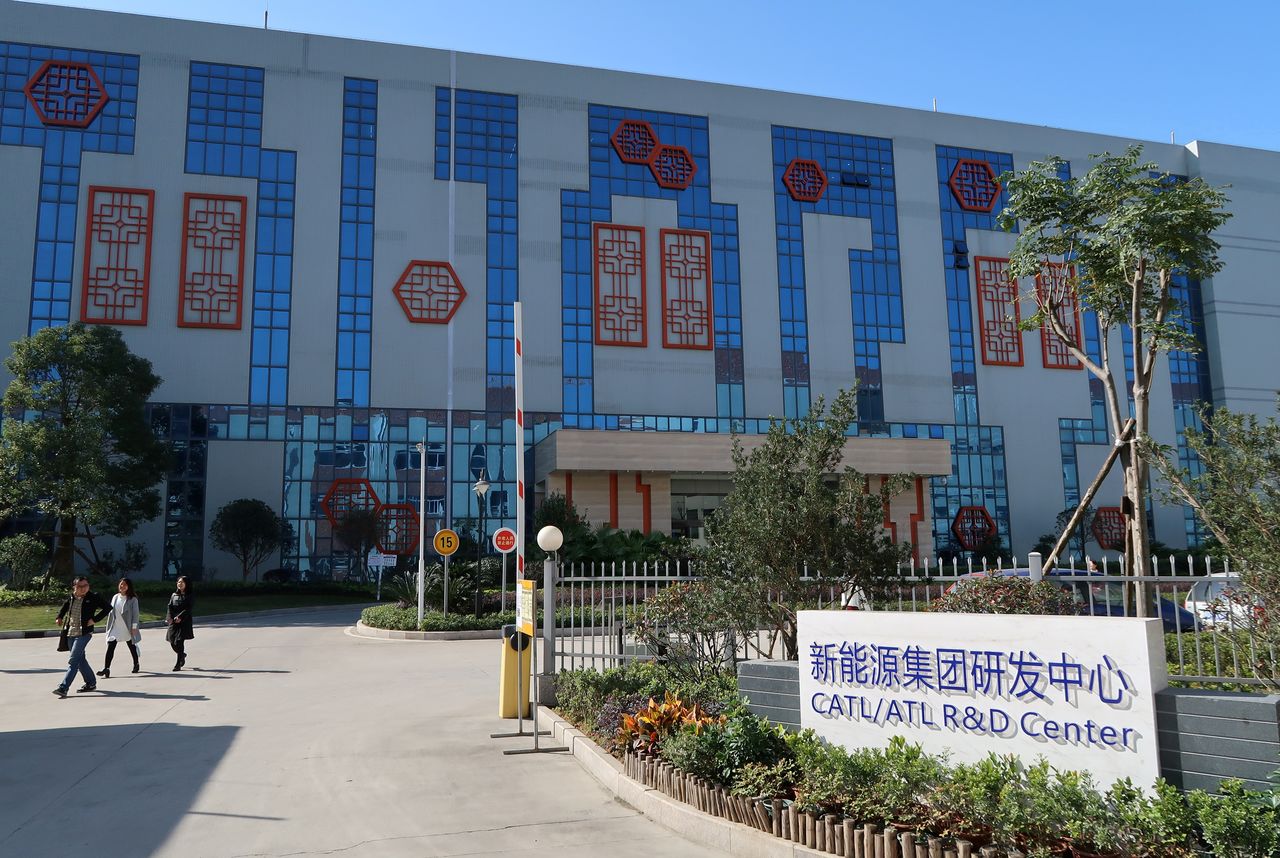