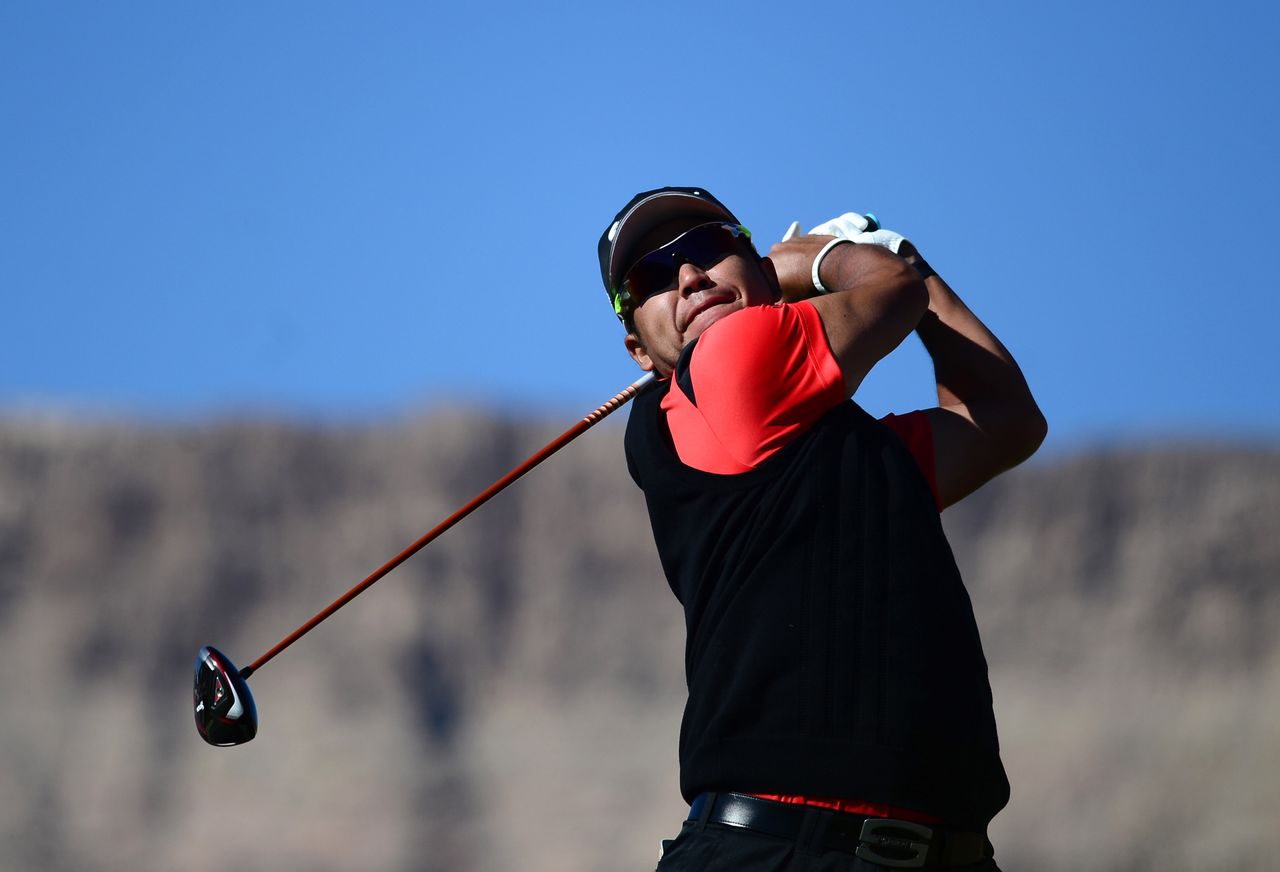 (Reuters) - Masters champion Hideki Matsuyama will take a one-stroke lead into the weekend at the Zozo Championship after shooting a two-under-par 68 in the second round on Friday to move to the top of the leaderboard.

The Japanese world number 19, cheered on by a restricted gallery of 5,000 of his compatriots, was solid rather than spectacular in cold and wet conditions at the Narashino Country Club in Chiba.

Second overnight and starting at the 10th hole, Matsuyama mixed two birdies with a bogey on his front nine and picked up another shot on his way home to stand a stroke clear of American Cameron Tringale on eight-under.

"It wasn't a perfect round, but I played well. I'm happy with it," Matsuyama told reporters.

"I'm in a good position. Looking forward to the weekend and (will) do my best."

Tringale's 66 was the joint best round of the day and kept him ahead of fellow American Brendan Steele (68) and Britain's Matt Wallace (69) in share of third on six-under.

"I'm from California, I do not play in the rain. When it rains, I stay inside," said Steele.

"My game doesn't usually translate that well to the weather ... I was just happy to hold it together today."

Britain's Tommy Fleetwood drained a birdie putt at the last for a 68 which drew him into a share of fifth on five-under with Chilean Joaquin Niemann, who shot a 71.

World number three Collin Morikawa improved on his opening 71 with a 68 to lie seven shots off the pace, while Tokyo Olympic champion Xander Schauffele slumped to a four-over 74 after dropping five shots on his first five holes.

Tiger Woods won the first Zozo Championship for his 82nd career title in Chiba in 2019, but the second edition last year was moved to California because of the travel restrictions caused by the COVID-19 pandemic.