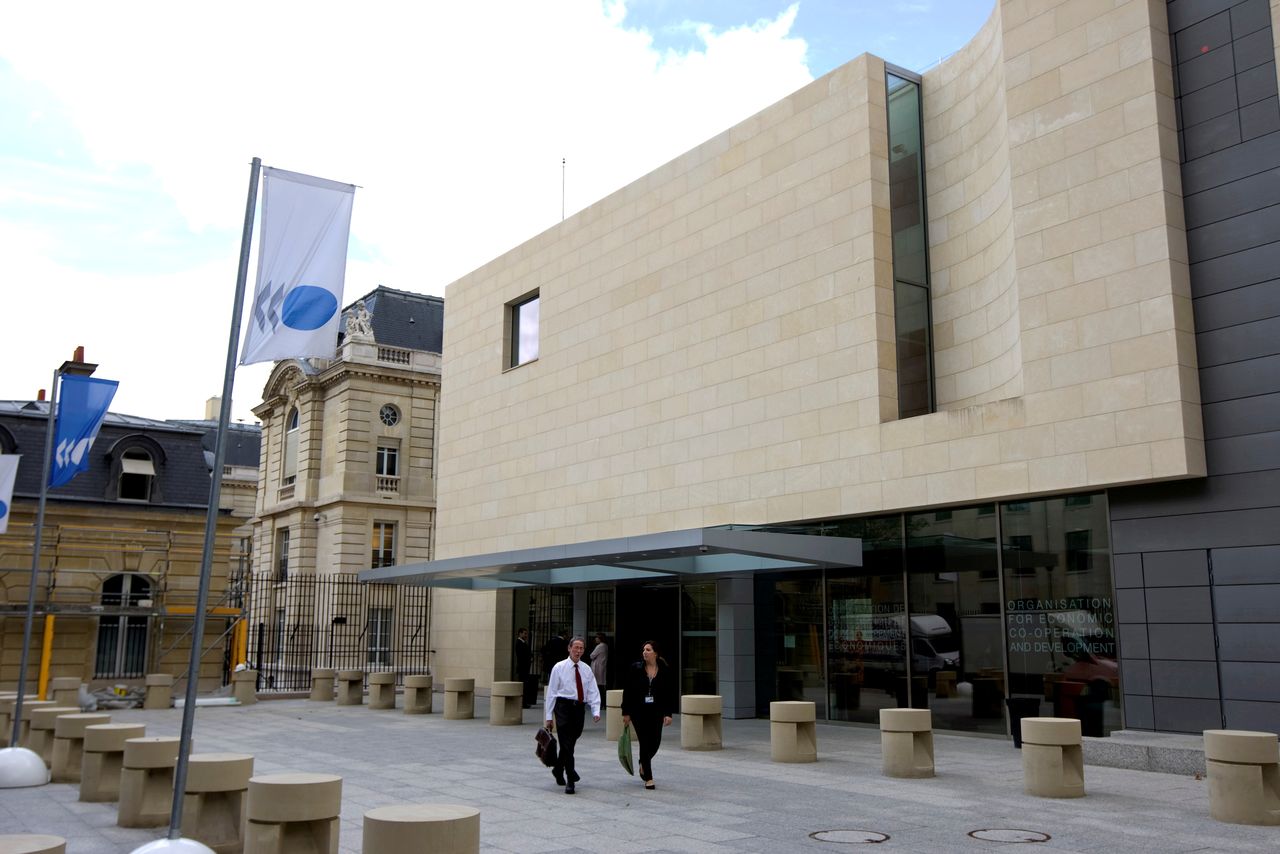 FILE PHOTO: Outside view of the Organization for Economic Co-operation and Development, (OECD) headquarters in Paris September 3, 2009. REUTERS/Charles Platiau

PARIS (Reuters) - Most OECD countries have agreed to stop providing export credits for coal-fired power plants, the Organisation for Economic Cooperation and Development said on Friday.

The Paris-based organisation defines export credits as government financial support, direct financing, guarantees, insurance or interest rate support provided to foreign buyers to assist in the financing of the purchase of goods from national exporters.

The OECD said that the ban would cover new coal-fired power plants without operational carbon capture, utilisation and storage (CCUS).

The ban would also cover existing coal-fired power plants unless the purpose of the equipment is to curb pollution and does not extend the lifetime or capacity of the plant, or unless it is for retrofitting to install CCUS.

The ban, which comes as countries prepare for the COP26 climate conference, is expected to take effect by the end of October, the OECD said.